The Westhampton Theater: Memories of a Richmond Landmark and Weekly Tradition

The marquee, as it appeared in 1988, became a weekly bulletin board for many residents looking to plan their entertainment.

For the last 15 years, as I drove past the Westhampton Theater on Friday mornings, I’d look up to see what new movie titles had been posted late the night before.

I got a flash of happy anticipation when I saw the names of films I’d been waiting to see. Most every week, I could count on two opportunities for time spent in the dark, caught up in a compelling tale and distanced from all that lay beyond the wooden double doors of the theater.

The paneled foyer with “Coming Soon” posters and the living room-esque lobby with faux fireplace felt like home. I laughed like crazy there, slipped out the side exit in tears and often expanded my perspective on issues illuminated by great storytellers. Unfortunately, my ardor for the place and that of many other cinephiles across town were not enough to prevent it from closing March 20.

Living two blocks from the theater, I could decide to see a 7:30 movie at 7:25 p.m., and then hurry down the street and get there in time to grab some popcorn and still see the previews. It was there I saw Jane Austen-inspired Brit flicks, funky little comedies, powerful documentaries and obscure movies that couldn’t be seen anywhere else.

In this golden age of independent productions, there was the thrill of seeing the Sundance successes of such hometown talents as Megan Holley (“Sunshine Cleaning”) and Michael Gottwald (“Beasts of the Southern Wild”). And I loved the people who ran the theater, most recently manager Elaine Browder and her staff members, who I grew to know as dog lovers, bike riders, film students and compelling personalities.

There were rumors of the Westhampton closing for the last 20 years. I checked on them myself as a reporter for Style in the 1990s, contacting owners Regal Cinemas in Knoxville, Tennessee. Calls were never returned. A 1930s movie house isn’t really their style — the company’s other Richmond-area properties are attached to shopping areas in such suburbs as Short Pump and Midlothian.

But in recent years, the rumblings got serious and news spread that the theater was hurting financially, especially after Movieland Boulevard Square and its smaller sibling, Criterion, opened on the Boulevard. City dwellers got a modern alternative with comfy stadium seating, cup holders and a cafe.

Then came confirmation two years ago: The building had been sold to local developers, and the theater would close to be converted into mixed-use space. There was some talk of protest and rescue of the landmark, but the deal was done.

During the last year or so, we asked the staff about when it might close. “We don’t have any idea,” was the reply to every inquiry. Word was that it would be this summer, so we deferred our worries. The shock of its sudden demise last month felt like an accidental death of a friend — unexpected and inexplicable. No warning, no farewell, just one last Sunday-night show of “The Lady in the Van” and the lights went out.

“I’m really upset that they didn’t give any notice,” Catherine Bayliss wrote of Regal Cinemas on the Nextdoor online network. “I’d like to have seen some sort of event to mark its closing. I grew up on Henri Road, and the Westhampton Theater was part of my youth.” Many felt the theater was not given its due by Regal. The company never promoted it adequately, and didn’t have the heart to let Richmonders celebrate the landmark’s 78-year history.

Peering through the windows of the door the following week, I saw the staff scurrying around with packing boxes and trash bags. The lobby had that sad look of striking of the set of a big show, but this was a beloved community tradition being dismantled. Now, when I drive by and check the marquee out of habit, its blank white face reminds me that there’s one less place in Richmond to find relief from real life in front of a big screen, absorbed by the pure delight of being immersed in a great movie. 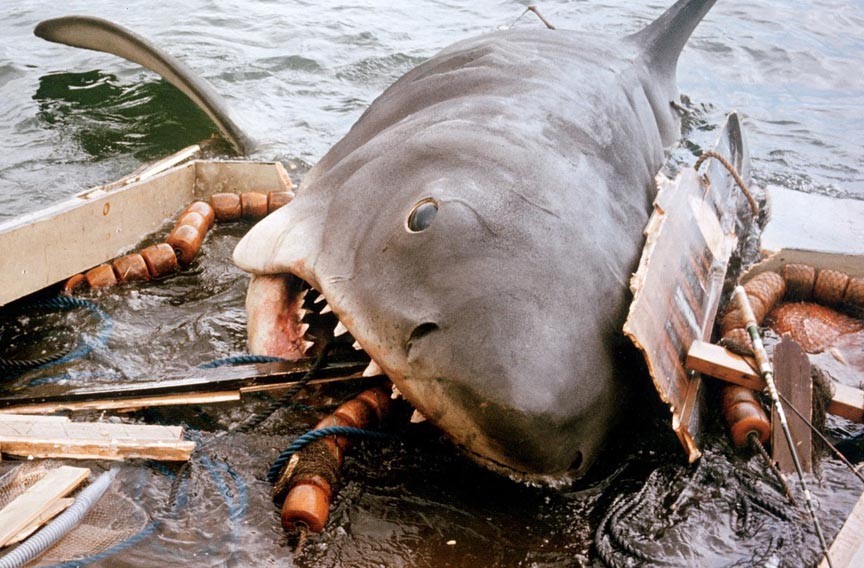 I remember seeing “Jaws” as a young kid and having M&Ms and a Coke. I was so frightened that I got them mixed up: dipping my hand in the Coke for M&Ms, and sipping from the candy box.

When I was 16, I had one of my first real dates there and the beautiful girl — we’re still close friends today — wanted me to lightly run my fingers along the inside of her arm. I have no idea what we saw, but I remember her skin had that flickering, silver-blue hue from the screen.

When so-called “indie films” started up, I went with some high-school friends to see “Sex, Lies and Videotape.” Unbeknownst to me, two of the guys were high on acid. When we walked outside afterward into the daylight, they were really confused, rendered speechless. Usually the films there were good for plenty of discussion. But this was weirdly quiet. I broke the silence and told them it was my second time seeing the movie and they both fell down on the curb laughing and could not stop.

Two friends called me one evening in 1996 to meet at the Westhampton to see a French film I never heard of, Jacques Doillon’s “Ponette.” Without expectation, this movie blew us away.

Afterward, on a clear summer night, the three of us lay atop my car in the parking lot behind the theater for what seemed like hours gazing at the stars and going over all the emotions this film put us through. Where else could you see films like “A Very Long Engagement” and “A Separation”?

When I went to Virginia Commonwealth University, I saw “Blazing Saddles” and “American Graffiti” there. I’m devastated at the callous disregard toward this novel corner of our city otherwise celebrated by travel magazines. If people from the outside can appreciate the uniqueness of Richmond, why can’t those that live here? I’m simply devastated.

Knowing the theater would close after its last screenings the night of March 20, James Parrish and I dropped by to pay our respects to the manager, Elaine Browder. Having grown up in Richmond, my memories of the Westhampton go back to childhood, so it was a somewhat sad occasion.

Anyway, I told Elaine about watching “The Great Escape” (1963) there several times, because in those days it was the easiest theater in town to sneak into without paying. She laughed and said, “It still is.”