The Way the Ball Bounces

The power of the imagination is the very stuff of a university and a city. 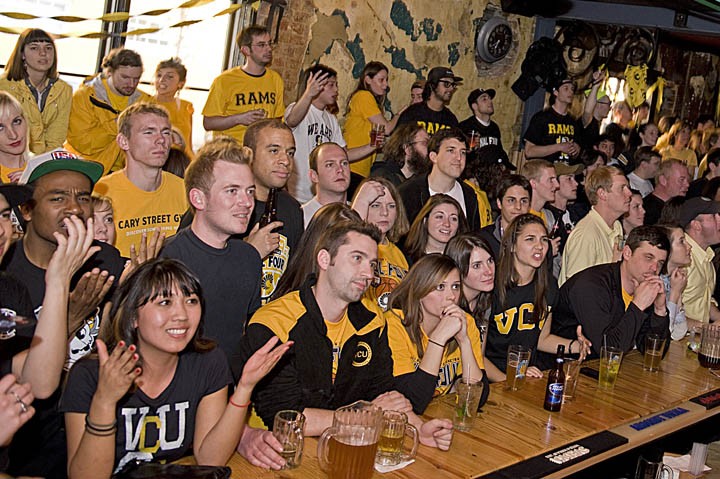 Bill Murray plays the director of a camp for misfits in the film "Meatballs." When his underdog youngsters are to participate in an Olympiad competition with the elite athletes of wealthy Camp Mohawk across the lake, he must pull his team together and inspire them for what appears a hopeless task. He devises a passionate cheer they are to carry into the competition: "It just doesn't matter! It just doesn't matter!" They shout the words, carry them into the contest, and win the day.

Richmond has had its millions of dollars in banners, T-shirts, and media time. We have heard that at last Richmond will scale the heights and receive its due through the Rams basketball team. This seems like the teachable moment for us all to consider the role of sports and its surrounding hoopla in our society, psyches and universities. Let me take a shot at contributing to such a conversation.

Day by day we debate the great issues that do matter, and find how difficult and divisive the questions of Afghanistan, Islam and the West, world hunger, Obamacare, Libya's turmoil, Japan's meltdown, local prejudices and politics can be. We wish there were easy answers and certainty in solutions. We have family and friends putting their lives in danger to solve these puzzles, or working late nights in laboratories, hospitals, classrooms and offices, seeking truth, discovery and invention that will solve or heal some of earth's ills. How often is it that we even know when progress has been made?

But we have devised sports, a kind of simplified practice of living and solving problems that calls for discipline and focus, a need for teamwork, a time limit, a referee, a more or less clearly delineated in or out of the hoop, a winner and a loser. Does it really matter whether that ball goes through the hoop? Does it feed the hungry, heal the sick, save a life, find a new and better solution to the political turmoil on the globe? I'd say no. "It just doesn't matter."

But that, I think, is the beauty of it. By and large, we can suit up and join in the practice-of-life session without serious malice. We can get a feeling for community and a willingness to shake hands at the end of the contest. We can value the sacrificial discipline observed by both teams, the beauty of a move by a body in either uniform, and the sense of excitement that pure belonging and caring creates.

Further, if we observe with care, we come to experience firsthand the tremendous power of the human imagination. The ball through a hoop before rather than after a buzzer does not really matter except as we will it, except as we imagine a context that makes it matter. We are creating or discovering the rules regarding what is fair and what isn't, what counts and what doesn't. We imagine such things. The power of the imagination is the very stuff of a university and a city, whether in the lab, classroom or studio. This struggle to discover produces the poem or novel, the piece of revealing history, the new understanding of the self and how it relates to other selves.

Can all the values we might discover in sport be undermined and destroyed by a belief that the ball going through the hoop really does matter in some absolute way? Yes, but that is the very reason we need to pause, in the midst of our celebration of this team or that, pause to marvel at the human imagination, and at least whisper the truth about the ball going through that hoop: "It just doesn't matter!" S

Cliff Edwards is a professor of religious studies at Virginia Commonwealth University's School of World Studies, where he's taught for 36 years.

Opinions expressed on the Back Page are those of the writer, and not necessarily those of Style Weekly.