The War on Errorism 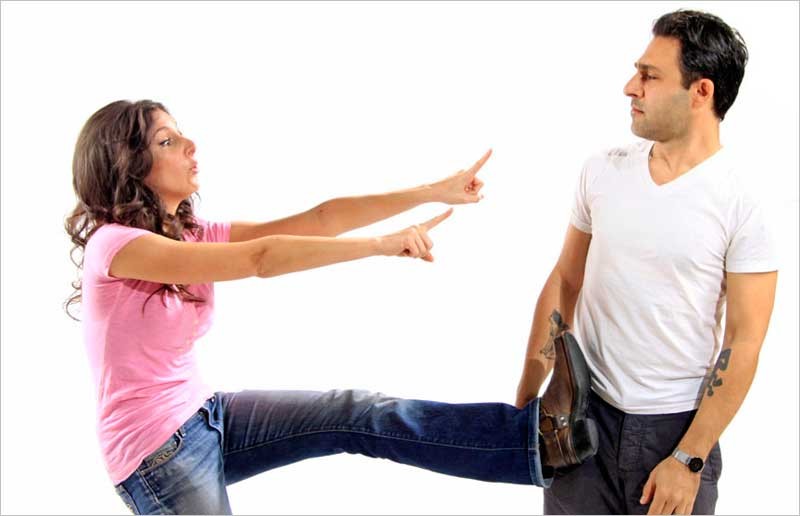 At its best, satire holds a fun-house mirror up to society in an effort to create change, or at least offer a social critique. "Why Torture is Wrong, and the People Who Love Them," showing at the Firehouse, accomplishes neither feat.

The play begins with Felicity and Zamir lying naked in bed. Instead of the normal walk of shame home, Felicity is confronted by a startling piece of news — last night she married Zamir, a stranger, likely wife beater and possible terrorist.

Seeking help, Felicity (Eva DeVirgilis) visits her parent's home in New Jersey. Her neoconservative father, Leonard (Bill Patton), immediately suspects Zamir (Arash Mokhtar) of being a terrorist. DeVirgilis is likeable in her role as the threatened newlywed, scared but never pitiable. Moktar brings both menace and, later, charm to his role as a possible terrorist.

But the true standout performances belong to Irene Ziegler as Felicity's mother, Luella, and Lisa Kotula as Hildegarde, minion for Leonard's conservative shadow government. In the hands of lesser actors, Luella's obsession with theater and Hildegarde's inability to keep her underwear on could seem tedious, but both weave their characters' eccentricities into quite comical asides.

Billy Christopher Maupin's direction keeps a lot of balls in the air, but Christopher Durang's script offers no favors and the ending seems forced. Taking the cake for most ambitious set so far this season is an elaborate turntable by set designer and Style Weekly senior contributing editor Edwin Slipek. While the setup works brilliantly for scenes such as the parent's living room and kitchen, the apartment scenes and the conclusion at Hooters are on the homely side.

The play, amusing as it is, suffers from lazy thinking and knee-jerk liberalism, coming off as something a Glenn Beck fan thinks liberals think of Glenn Beck fans. It's not as if the darker elements of the Bush doctrine aren't prime for skewering, but there's no way a person could leave the play considering arguments from the other side of the aisle. And Durang's use of violence against women as a shallow metaphor for the Sept. 11 terrorist attacks is more offensive than illuminating.

At one point in the show a character references the classic Stanley Kubrick film, "Dr. Strangelove or: How I Learned to Stop Worrying and Love the Bomb." Mentioning this classic satire on the Cold War's mutually assured destruction only further illustrates the divide between this play and what it wants to be. S