“Dior’s Smash Hit Evening Dress” proclaims the Life magazine cover headline from Sept. 5, 1955, as a model, in a lavender–hued chiffon gown and spiked high heels, pivots on a cobblestoned Parisian street. Inside, along with photos of other dazzling outfits by Balenciaga, Chanel and Givenchy, the article describes how the Christian Dior garment, designed to celebrate the female figure, was snapped up by Marlene Dietrich.

What readers and few others knew in 1955 that laboring behind the scenes in the Dior atelier was a 19-year-old named Yves Saint Laurent, whom the esteemed designer called “my right arm.” Therefore, it shocked fashionistas in 1957 when Dior died unexpectedly, and the unknown young man was named head designer of the line at age 21.

Today, the world doesn’t just recognize the former apprentice’s name, but also his initials: YSL. In 1961, after Saint Laurent opened his own haute couture house with Pierre Bergé, his partner both in business and life, his career would blossom until his retirement 2002. He died in 2008. 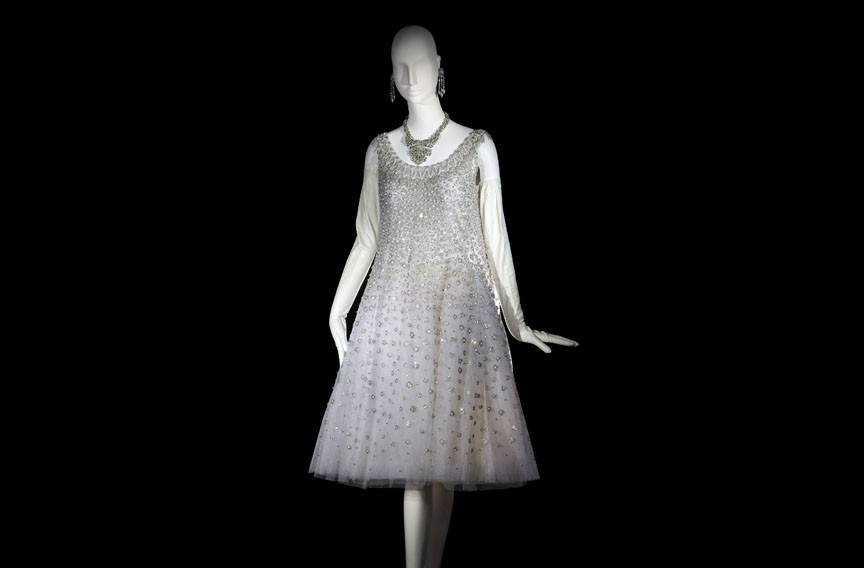 In 1958, the designer wasted no time before shifting gears from Dior’s wasp-shaped dress silhouette to his own iconic design, the trapeze dress, a youthful outfit that had narrow-shoulders and a high waist sweeping out to a wide hemline. A decade later he revolutionized fashion by putting women in pants. This was something Lady Bird Johnson never embraced for official wear, but would become a fashion uniform for a later first lady and presidential candidate, Hillary Clinton.

The storied career, art and influence of the late Saint Laurent will come to life vividly in “Yves Saint Laurent: the Perfection of Style,” an exhaustive exhibition featuring some 100 outfits, from haute couture to ready-to-wear, opening at the Virginia Museum of Fine Arts on May 6 and continuing through Aug. 27. 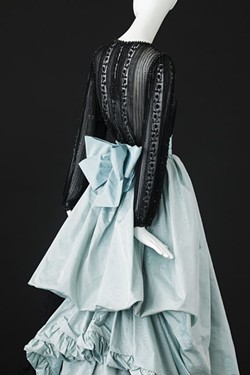 When the Algerian native was 47, the Metropolitan Museum of Art in New York honored him with the first retrospective of a living designer at its Costume Institute. Other exhibitions followed in Beijing, Moscow, Paris, Sydney and Tokyo. This marks the first time in its more than 80-year history that the Virginia Museum has presented an exhibition dedicated to high fashion.

“The garments are works of art and he is one of the greatest couturiers ever,” says Barry Shifman — the Sydney and Frances Lewis Family Curator — Decorative Arts from 1890 to the Present at the VMFA.

The Richmond run of “The Perfection of Style” is the second of two showings in this country: The exhibition opened at the Seattle Art Museum which organized the exhibition in partnership with the Fondation Pierre Bergé — Yves Saint Laurent in Paris. 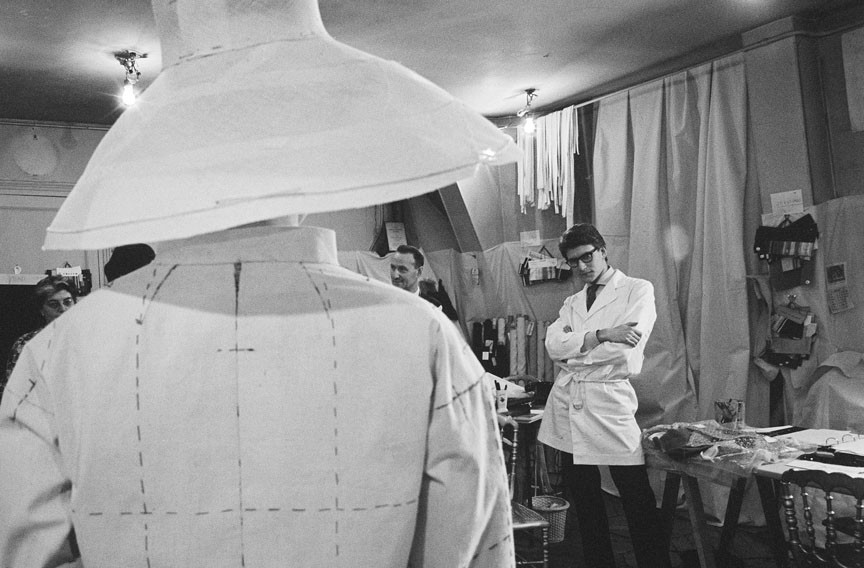 Yves Henri Donat Mathieu Saint-Laurent was born in Algeria in 1936. His father was a lawyer and insurance broker. His mother recognized her only son’s fascination and budding gift for fashion. When he was a teenager, she had his designs stitched up and wore them proudly. He eschewed his parents’ wish for him to study law, however, and moved to Paris at 17 to study fashion.

It was in Paris that Saint Laurent caught the eye of Dior. In 1958, after taking the reins at the storied design house whose sales were in the millions, he continued couturier work, but increasingly during the 1960s, Saint Laurent was inspired by what he saw on the streets. His chic beatnik look incorporated turtlenecks and black leather jackets. The first collection under his name, in 1962, expanded into ready-to-wear and was sold through a series of Rive Gauche boutiques that he and Bergé opened internationally. 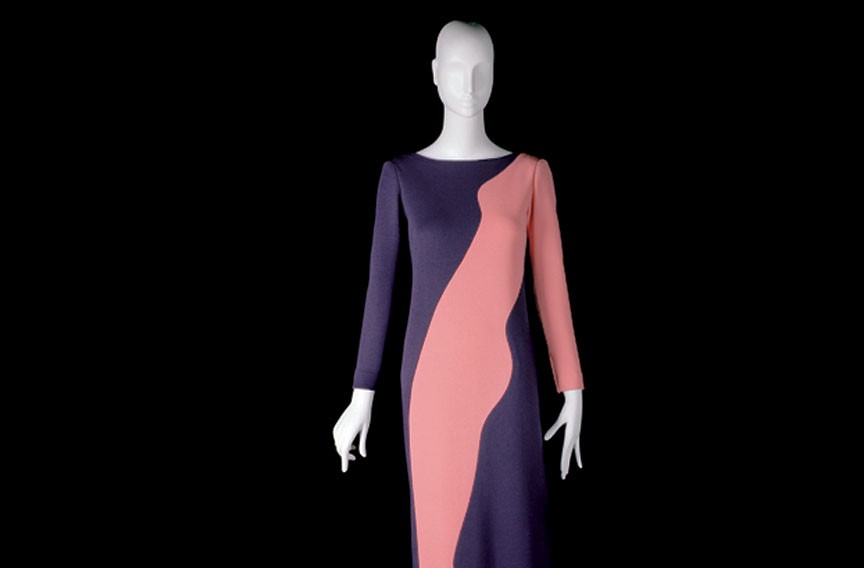 Among his early popular successes was his Mondrian collection of 1965 — based on the work on French modernist artist Piet Mondrian — and the rich peasant collection of 1976. Later, navy pea jackets became the inspiration for a women’s line of coats.

Saint Laurent also designed jewelry, shoes, men’s wear, costumes for stage and cinema, as well as creating cosmetics and perfume lines. The designer was photographed nude — except for his trademark eyeglasses — for an advertisement promoting his fragrance for men, YSL.

“You will see splendid garments,” Shifman says, “but another thing that makes the show so rich is that it reveals the artist’s thinking and process. It includes photo shoots, magazines, drawings — the whole package. You will get a sense that it’s a fashion runway show with fully-dressed mannequins, shoes, hats, purses and jewelry, but there is also sound, film and videos.”

“It’s exciting,” Shifman says. “It shows his range. Saint Laurent pushed the envelope with gender identity. He gave women the freedom to express themselves through clothing in response to the times.”

“Yves Saint Laurent: the Perfection of Style” runs from May 6 to Aug. 27 at the Virginia Museum of Fine Arts. vmfa.museum.