Actor Richard Jenkins talks about his love for the arts, Jason Mraz, and making "Six Feet Under." 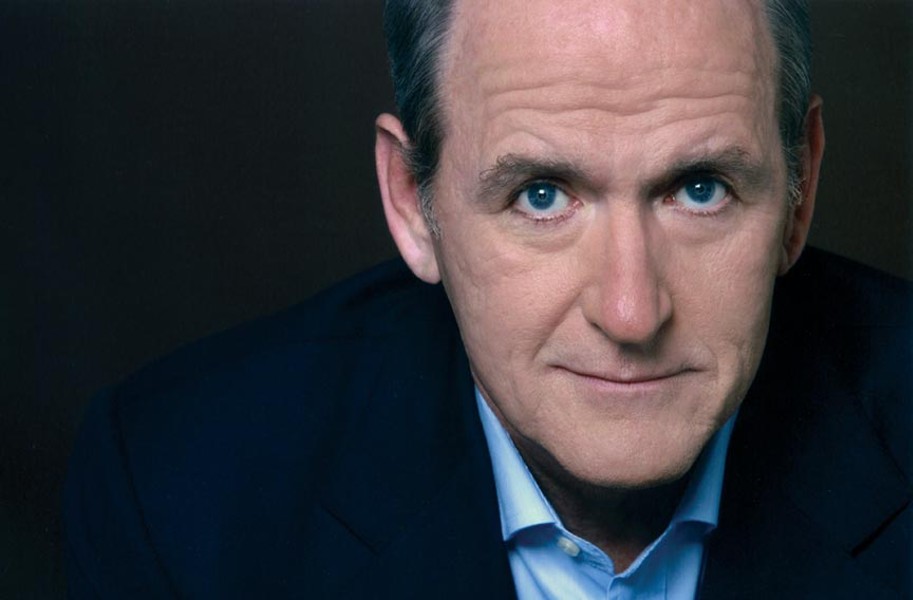 Richard Jenkins is that guy.

You've seen him in more than a hundred movies and television shows — "The Witches of Eastwick," "Step Brothers," "Cabin in the Woods," and one of my all-time faves, HBO's "Six Feet Under." He's more of a stoic household face than a household name, although that nearly changed after a best actor Academy Award nomination for his brilliant 2007 portrayal of a quiet economics professor turned street drummer in "The Visitor."

But the most important thing to know is that Jenkins makes whatever he's in — be it comedy or drama, on stage or film — immeasurably better for his participation. So the School of the Performing Arts in the Richmond Community, known as SPARC, should be pleased that he's agreed to narrate its big Christmas show (see music preview, page 29).

Style Weekly spoke with Jenkins from his home in Rhode Island, where he'll soon co-direct a production of "Oliver!" with his wife at his local regional theater. It's where he got his start.

Style: How did you get involved with SPARC?

Jenkins: Jason Mraz asked me. He's an amazing talent and a good man. I knew if he was involved it would be worth doing. I'll be narrating different stories, like bedtime stories anyone would read to their kids. I met Jason at Sundance — he was friends with Josh Radnor, who directed "Liberal Arts," which I was in. Jason performed at the after-party. I have all of his music on my phone. So I was like a giddy kid. ...

Then I went to see him when he was in Boston on tour last year. ... I like his karma. He walks the walk. Jason told me if you're a part of this, it will be an amazing night for you. I've never been in Richmond and am happy to do it. Art and kids, you can't beat it.

How did acting start for you? Who were your most valuable mentors?

I did a play in junior high school which was the only thing I did until I got to college. I knew I wanted to be an actor but it didn't seem to be a realistic goal. When I got to college [Illinois Wesleyan], there was a man named John Ficca who ran the theater department. He made it possible for me to get involved and supported me all the way through. ... I was an actor for 14 years at regional theater [Trinity Rep] in Rhode Island, got to do things I wouldn't do in the commercial world. It was run by a charismatic, talented man, Adrian Hall, who was a big influence on me. Some of the people there are still my best friends. ... Every time I go in the building I have this great feeling. We did Project Discovery performances for high-school kids — we were one of the first to do that. It seems now that the arts in the schools are taking a back seat to other things, and I think it's a grave mistake. The kids get so much out of it.

What do you look for in a film role?

Well, I look at who's doing it. But mostly I look to see if I can bring something to the role, if I understand it. Sometimes you read and think, "There are others I would cast." Sometimes, you don't have any idea about this guy. It's just a feeling. The older you get, the more you realize you can't play everything. There are other people who can do it better, so why not let them have it? Sometimes I'll receive a script and go, "Why would they think of me for this?" Other times, they talk you into it [laughs].

I always thought you would be great in an Alexander Payne film.

I love Alexander Payne's stuff. I did meet him for "Nebraska," but I was too young. And I haven't seen it yet, but I heard Bruce Dern is amazing in it. In fact, I haven't seen one of Payne's films so far that I don't love, so I agree with you — I should be in an Alexander Payne film! C'mon, man [laughs].

I was a "Six Feet Under" freak, a show that really ushered in the era of prestige cable — what do you remember most about that?

Making the pilot. All of us kind of thinking, 'Is this as good as we think it is?' The script is so good, so different. Nobody talked about it, we didn't want to jinx it. But we all thought this could be something special. Sometimes actors do that for everything, you go in with highest of hopes. This one felt really different. [Director and writer] Alan Ball finally said at the end, "I don't have anything more to say." It could've gone on.

Did the character of Nathaniel Fisher make you think differently about mortality or parenting?

I never knew who Nathanial was. I only was whoever was thinking about me, their idea of me. The only time you ever saw him — as he was — was the first episode.

It made me think about funerals differently. How necessary they are. They're not for the dead, but for the living. You need them. This guy believed in his work, believed it was helpful. A lot of funeral homes are a family business passed on from generation to generation. Their kids played in silence for most of their lives. There's a wonderful book called "Undertaking: Life Studies from the Dismal Trade," written by a funeral director in the Midwest who was a poet [Thomas Lynch]. Alan Ball asked me to read it before we began — it's really great. You should read it.

Any roles you've done that were particularly meaningful for you? Like "Miami Vice"?

Oh yeah — I got to eat a lot of stone crab when I did that [laughs]. Let's see: "Eat, Pray Love." That meant a lot to me. I liked that guy, the character, his point of view. He was honest. Nobody was hiding anything. I talked to him on the phone, but he died before the movie opened. ... I can't remember what I've done half of the time.

You have a new HBO miniseries, "Olive Kitteridge" with Frances McDormand – I heard that you had really wanted the lead in "Fargo"?

Well, I wanted to play Bill Macy’s part in "Fargo" until I saw "Fargo" [laughs]. He was just amazing. I read for it a couple times and didn’t get it. That’s how it usually works, you know? There's a reason he was chosen. This was the fourth time I worked with Frances, but this is the first that went for a really long time. It was just this amazing, beautiful script by Jane Anderson -- it’s a four-part miniseries, not all the book is in there, but what she used and the way she structured it was great. This really is Fran -- she bought the rights to the book, she put the whole project together. It’s an amazing accomplishment and it was a lot of fun to make.

Has any one director had a particularly powerful influence on how you approach your craft?

Well, the one who had the greatest effect on my life, that project, "The Visitor" and Tom McCarthy, had the biggest effect. He was an amazing writer and director. But I’ve worked with a ton, every one is different and has something different to offer. So it's cool, but I wouldn’t want to single someone out.

Now you have a Western ["Bone Tomahawk"] in pre-production. A lot of critics I know feel this genre is particularly undervalued as an American contribution to world cinema.

Yes, I have always wanted to work in a Western. I did two lines in "Silverado." So, I really loved this script. Im 66 so I grew up with them in DeKalb, Westerns on TV and in the movies. My kids didn't, they don't pine for it. But I just love the world and this is a really terrific script. I'm a good guy in it [laughs].

SPARC's "Live Art: The Tree of Life" takes places at the Landmark Theatre on Dec. 22 at 6 p.m. For information, visit sparconline.org. S