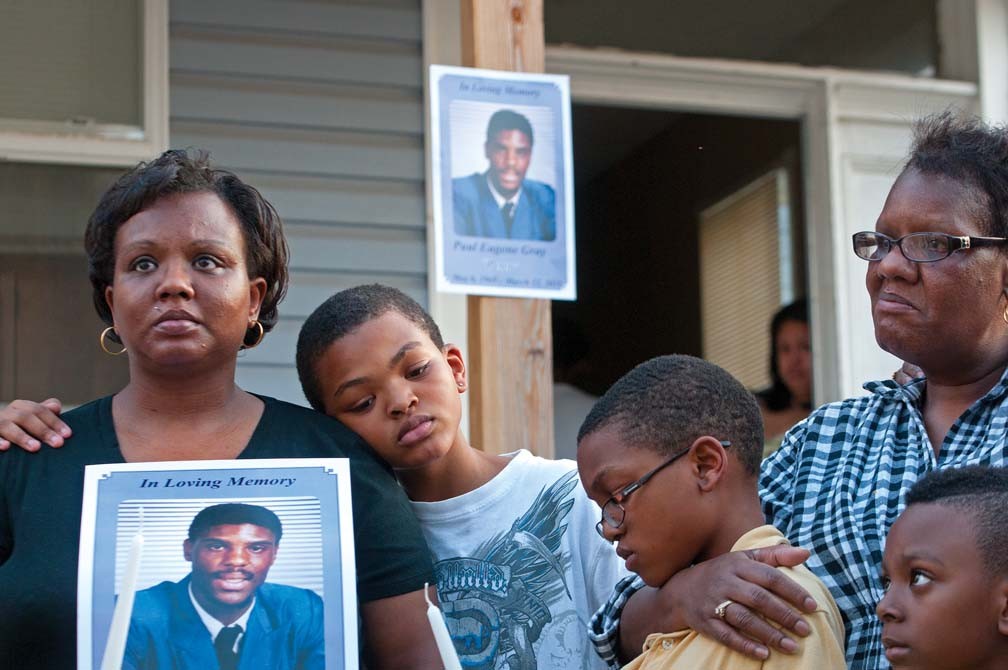 Searching through his grandmother's refrigerator some 30 years ago, a preadolescent Paul Grey opened a container of what he thought was milk. It was actually eggnog, the remnants of a strictly-for-adults batch mixed the previous night, family members say.

Skinny, young and uninitiated in the consequences of over-consumption, Grey drank the entire container. He ended up with a busted nose and a few nasty facial cuts after accidentally running into a tree during a game of football with friends. That didn't stop him from wanting to go back out and play. Grey was the eternally cheerful type, family members say. "You couldn't get his spirits down," says Joyce Rogers, one of a handful of cousins who watched over Grey when he was younger.

The eggnog story is just one of many they've been retelling in the weeks since Grey's death. He was found with multiple gunshot wounds March 12 just a few blocks from the boarding house where he lived. He was walking home with a friend after a night at Glenn's Tavern on Chamberlayne Parkway, family members say. Police since have arrested Lenard Charles Tarry, 26, in connection with the death, for what investigators say they believe was a robbery attempt gone bad.

Grey came into the world three months early after his pregnant mother had tripped and fallen down a flight of stairs. He weighed just 1 pound at birth. Following the accident, doctors told the family that they didn't expect him to live. But he survived. After a six-month stint in the hospital, he was brought home and raised by his grandmother, Ollie, at her home in Highland Park.

But the trauma of his birth had taken a toll. Grey was somewhat developmentally challenged, Rogers says. Along with her sisters, and the rotating cast of extended family members, Rogers took to looking out for her younger cousin. She still was, decades later.

"Growing up, we felt like we were responsible for him," she says. "And what's so hard about this is was I wasn't there to protect him when he needed it."

At 41, Grey had managed to establish a level of independence. He earned a diploma from Highland Springs High School. For years he held down a position at a health-food center. After living with his grandmother, and then his mother, Grey decided move out on his own, taking up residence at a South Barton Heights group home. Rumor was he was dating again. "He wanted to have kids," Rogers says.

Grey would have turned 42 in May. Rogers says the family plans to celebrate in the way that he would have wanted: a family barbecue with accompanying dance party. Grey never turned down an excuse to dance, she says: "You could watch him and tell he was hearing something no one else could. It's part of what made him special." — V.C.