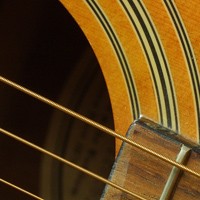 What kind of folk do we want?

This October marks the last year for the free National Folk Festival in Richmond. We may have an ongoing festival of our own after that, but none of the details are ironed out yet, especially who would cover the projected $1.4 million-plus cost. If the project does move forward, I hope they seek input from local musicians/artists (and media types) when deciding on the kind of festival and performers. If the thing gets overrun by suits, you know it's gonna go down in flames in a year or two. Make it unique and creative, and it may have a chance to stand out, causing people to actually want to come to Richmond for a change.

Why not charge $5 to $10 bucks a day to help with costs and have children get in free? Make it a diverse community effort that highlights the local arts scene and does it proud with vital artists — not a corporate pat-on-the-back-fest with wasteful spending and lame choices. Variety is key, and folk can be interpreted many ways. For an idea of how to put on a free music fest, look at the Hardly Strictly Bluegrass Festival (www.strictlybluegrass.com) in San Francisco, staged every October by loaded investment banker Warren Hellman (not the mayonnaise heir) — it's been a major success.

Sure, a wholphin is a rare hybrid of a bottle-nosed dolphin (mother) and a false killer whale (father) — but it's also a quarterly DVD magazine containing interesting, rarely seen short films. Among the highlights since it began in 2005: a candid Spike Jonze documentary on Al Gore; a Turkish version of "The Jeffersons"; a short of people eating "sour death balls" to the music of Pérez Prado; director Alexander Payne's UCLA film school project; and more.

But I was looking forward to the latest edition mainly because it had the third and final installment of an important BBC documentary, "The Power of Nightmares," by Adam Curtis. Every American should see this chilling film. Unfortunately, it's hard to find on DVD and television (even HBO) is afraid to show it. Does it promote pedophilia, incest or celebrity dogfighting? Nope. It examines the rise of neoconservatives who have elevated and used al-Qaida to replace our old (similarly irrational) fears of communism. But as this film shows, today's most powerful political leaders are the ones who can craft the most powerful nightmares for their citizenry. Watch and see how influential but creepy dead theorist Leo Strauss believed average Americans should be kept in the dark (a perversion of Plato's noble lie) because we can't handle the truth, don't you know.

Plus! If you order a subscription to Wholphin now (www.wholphindvd.com), you get a chance to win an original painting done by Cheetah, the 75-year-old chimpanzee who starred in the original Tarzan movie from 1932. Yep, the oldest primate around is chilling in Palm Springs, painting colorful ape-stract art to raise money for his sanctuary. I already bought mine online straight from his handler/pal, Don. It's a great conversation piece. Better than the war, anyway.