Henrico's newly elected commonwealth’s attorney wants to shake up the way things are done in the county. 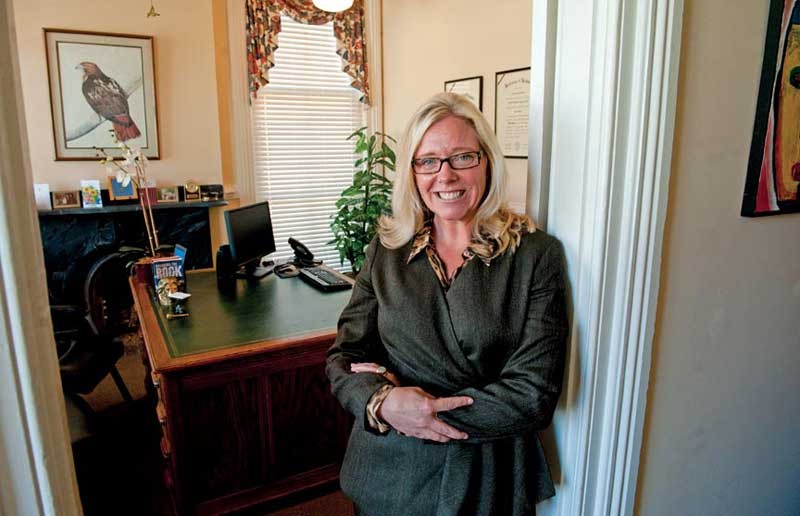 Shannon Taylor is that rare thing in Virginia politics: a total surprise.

Taylor, a Democrat, was a latecomer to the race for Henrico County commonwealth’s attorney, a race that had already become a spitting contest between former state Delegate Bill Janis, who ran as an independent, and Republican Matt Geary. Taylor portrayed herself as the only experienced prosecutor running for arguably the county’s top law enforcement office. As a prosecutor for the Richmond Commonwealth’s Attorney’s Office, Taylor specialized in cases that involved narcotics and violent crime. Still, she had little money, little name recognition, and little chance, most thought, of winning office in a traditionally Republican county.

Then, she won, becoming the first woman to be elected commonwealth’s attorney in Henrico. Now what will she do?

Style: What did you learn as an assistant commonwealth’s attorney that you want to bring to the Henrico office?

Taylor: That community is a necessary component to public safety. If you have the trust and the participation of the citizens, then you will be so much more effective in public safety, in the prosecution of criminals and also with trying to work on crime prevention.

So I know that going out there, knowing the community … and allowing the neighborhoods to have somebody that they can touch base with, that will help build trust and confidence in the office.

One of your platforms was to strengthen the county’s witness-assistance program. What’s wrong with it now, and how would you fix it?

I’m not suggesting that there’s anything wrong with the victim-witness program. My point was that there are no African-American advocates in that office — just similarly to my point about the commonwealth’s attorney’s office. I mean, the entire structure needs to reflect the county. … So there’s nothing wrong with the program, because I know that the program is actually very, very well run.

How will you make the office more diverse in that way? Does that mean you’ll have to replace staffers, or just expand the staff that is already there?

That’s a good point. We’re still in the process of kind of figuring that out. But I made a statement, and I’m going to stick to it. However that comes to be, will come to be. But I can’t tell you what that means at this very moment — if it means expansion, if it means, you know, replacing, I can’t tell you that.

Localities all over Virginia struggle with how to handle offenders with mental illness and get them better care instead of just locking them up. What could Henrico do differently?

I think the first thing we need to do is educate our system. I can tell you from my own experience of being a defense attorney … with clients who had certain mental health issues, I think my counterparts perhaps didn’t understand mental health. And if they had a better understanding, then perhaps they would have taken a different position with how to proceed with a case.

I had a young lady who was charged with a felony larceny. She was on 15 medications. … And the idea was that she had a fender bender, and she called the insurance company to [make] a claim. And she was charged with insurance fraud, as a felony. And when I went to explain … how that may have impacted her actions, you know, the mental health, as to how she handled that situation, the prosecutor didn’t seem to really care. I don’t want to use the term care, but it did not appear to me that it was important, because he insisted on proceeding with the felony.

And of course, that’s a whole other dynamic, of, like: “Do you understand what the impact of a felony conviction has on somebody?” I felt very strongly that under the particular facts of that case, that was not the way to handle it. And so, that’s a perfect example.

What is your plan to improve regional law enforcement cooperation?

Obviously, I can’t speak for Mr. Kizer [Wade A. Kizer, the current Henrico County commonwealth’s attorney]. But what I do know, just from when I was at the U.S. Attorney’s Office, what I know now from conversations with my colleagues: There is no cooperation between the Henrico office and federal authorities.

I do believe that there are times when cases should be prosecuted in the federal system, whether because of the resources that they have, whether it just makes sense because of the complexity of the case, maybe the number of codefendants that are involved. And that such can be done without the idea that you’re giving up, or that you’re somehow saying, “I can’t do my job.” That’s not what that’s all about. It’s about being smart about resources, being smart about what’s the best place for a case to be prosecuted. And it is not a reflection on the commonwealth’s attorney’s ability to handle the case or not handle the case. S