How did Richmond forget about funk and soul mastermind Stu Gardner? 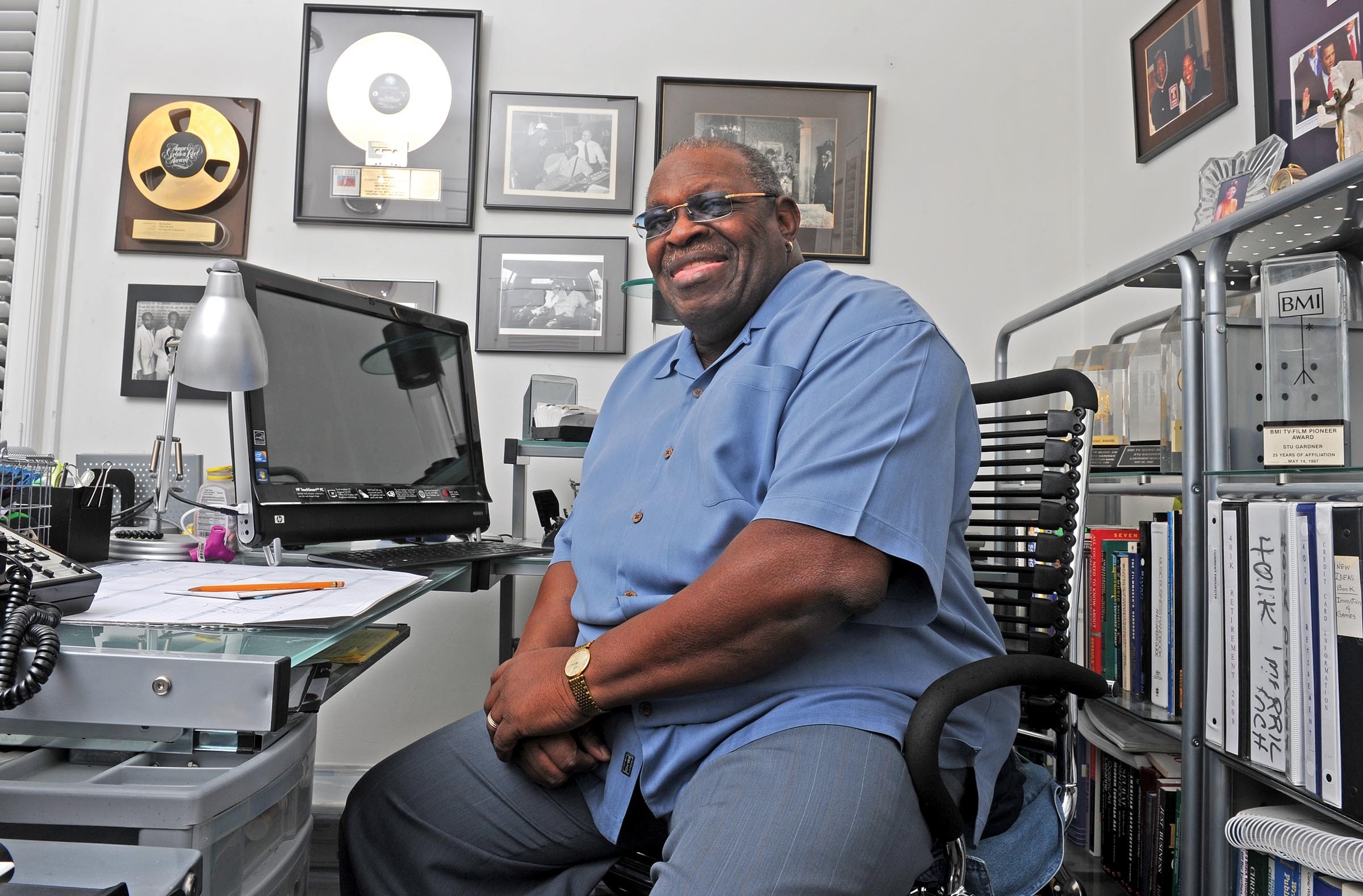 Stu Gardner will never be as famous as his music. The 73-year-old Richmonder is the writer of "Kiss Me," better known to millions as the theme to the long-running NBC sitcom "The Cosby Show." Gardner befriended comedian Bill Cosby long before he became famous and has served as his musical guru for decades.

Gardner also enjoyed a career on his own. He recorded for Stax and Motown as a solo artist and created music for television shows ("Living Single," "A Different World," "Little Bill") and films ("Point Blank," "Coonskin"). These days the organist is a little more focused, providing scholarships to deserving students via the Stu Gardner Institute, studying philosophy and making music.

Gardner, who lives on Brook Road in Richmond with his wife, Gloria, looks back on his musical career and his friendship with a very funny man.

Style: How did you get started in the music business?

Gardner: Well, Jim Kennedy, [a] violinist, used to be my schoolteacher here at Maggie Walker High School. Nathaniel Lee was the choir director. The two of them came to me and we started a band [The Stu Gardner Trio]. We played in every club in Richmond, including the Market Inn.

How did you meet Bill Cosby?

I went down to L.A. many years later, cause I picked up a newspaper and the newspaper read that [the television series] "I Spy" was featuring this guy who looked just like my friend. So I went down to L.A. looking for him. So I'm walking around Paramount Studios, trying to find the place. Got on the phone, next thing I knew I was on a golf cart, dropped me off at a cottage. I've been with him ever since.

How did you start producing his music?

When I first started being responsible for creating the albums and recording some of his comedy stuff, the person that used to do that before me was Quincy Jones. But they [Cosby, Sidney Poitier and Harry Belafonte] were at CBS shooting promos for that movie [1974 comedy "Uptown Saturday Night"]. And they started talking about the fact that Quincy was so very busy, because he was working with Frank Sinatra, just everybody else in the business. So Cosby — I don't know if he was joking — said, "Stu can handle my music, don't worry 'bout it." So you know, that was a challenge to me. I had to go buy books, everything.

What did you have to learn?

How to record anything! I never recorded anybody! Yeah, I learned about studios and how to listen to music, what you listen for. I'm one of the best producers in the business, seriously. I'm not being conceited.

Some people are bitter about their past experiences in the music industry.

That's the greatest thing that ever happened to me. Are you kidding me? The thing about me is, I wasn't so official when I was basically honing my talent. The first publishing company I owned, I lost about $250,000. Because I didn't do a name search, see?

Someone else had the name?

What was it called?

SG Music. Not only did they have a name, they had a bigger name than mine, because SG Music means Screen Gems Music [laughs]. So I found out what had happened; [my] residuals were going to Screen Gems Music. So I contacted Screen Gems Music and they said, "Mr. Gardner, we'll pay you anything you want, but you got to go to our warehouse and go through the files." They said it would take 30 years to find. So I changed the name to my name, backwards. Ever since I did that I haven't lost any money.

That's the whole reason you live and learn. Everything's not gonna be right just 'cause you're in the world. There's a whole bunch of other people in the world too. So you have to find your space and make it right for you. S