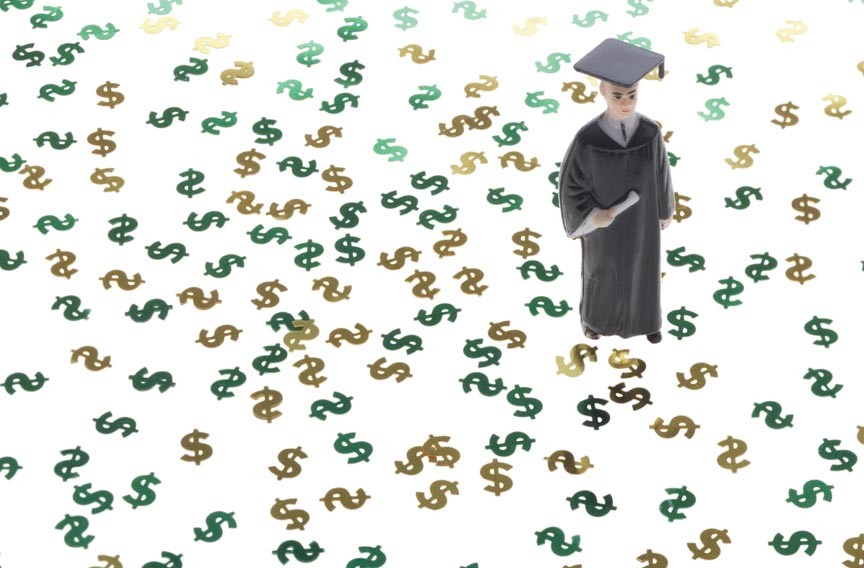 Sticker shock has been widespread about this time for the past two years. Virginia Commonwealth University, one of the state's largest public colleges, increased in-state tuition 24 percent for 2010-'11 year, and again 7.9 percent last year. College brass blunted criticism, noting that the university's tuition is still an inexpensive deal by any standard.

Are students in for more surprises? VCU hasn't set next year's tuition — the board of visitors plans to vote on tuition rates this week — but if what's going on around the state is any indication, relief may be on the way. Schools that have announced next year's fees have increased them generally in the 3- to 4-percent range. "It shouldn't be too bad and indications are that tuition hikes will be less than last year," says Kirsten Nelson, director of communications for the State Council of Higher Education.

Easing hikes seems in order because the cost of college fees and loans is becoming a major issue this political year. The rising expenses of college education are under attack because students have a difficult time finding jobs after graduation. The country's global competitiveness could be at stake if universities falter. Even if price easing is temporary, big issues remain on the overall cost of higher education and how to pay for it. Interest rates on federal student loans are expected to double to 6.8 percent on July 1, forcing borrowers to pay thousands more in interest.

Hammered by the recession and state budget pressures, Virginia's public colleges saw tuitions skyrocket 9.7 percent overall last year. Gov. Robert F. McDonnell has urged college administrators to keep hikes this year to less than 3 percent, but any success will be marginal and fleeting.

Schools that had seen increases from 5 percent to 9 percent in recent years seem to be managing to keep next fall's increases to between 3 and 4 percent, still more than McDonnell's call to link them to the Consumer Price Index increase level of 2.7 percent. The College of William and Mary plans a 3.3-percent hike for in-state students while the University of Virginia has announced a 3.7-percent hike.

Overall, however, the $230 million isn't a great deal of money and doesn't address some of the basic problems that remain. At U.Va., for instance, the state once provided 58 percent of the school's needs, but now provides only 28 percent. Other schools show similar trends.

If state funding is unlikely to reappear in any meaningful way, what's possible? Schools are pushing more alumni-donation schemes and other new sources of funding. Some have even suggested privatizing state schools as a way to meet what they say are unchanging and inevitable trends.

Another view is that state colleges could do a lot more to rein in spending by adjusting professor tenure and scaling back research. New state legislation called the Top Jobs Act pressures public colleges to come up with plans to beef up programs to increase enrollment, especially among minorities, to help students get their degrees without waiting for years and to improve graduation rates. Ideas popular with politicians are to shift more course work online, have institutions share classes and employ more for-profit educational institutions.

Big problems remain, such as addressing the huge growth in college administrative costs at the expense of educators. College loans are another issue because federally-subsidized loans will see interest rates double from 3.4 percent on July 1 unless Congress acts. By some calculations, students with a maximum loan amount of $23,000 will pay an extra $5,000 over a 10-year repayment period.

Even so, students may breathe a sigh of relief this spring, however fleeting it may be. S