The Spectacle of Male Annihilation

A film critic looks back at his top movies of 2019. 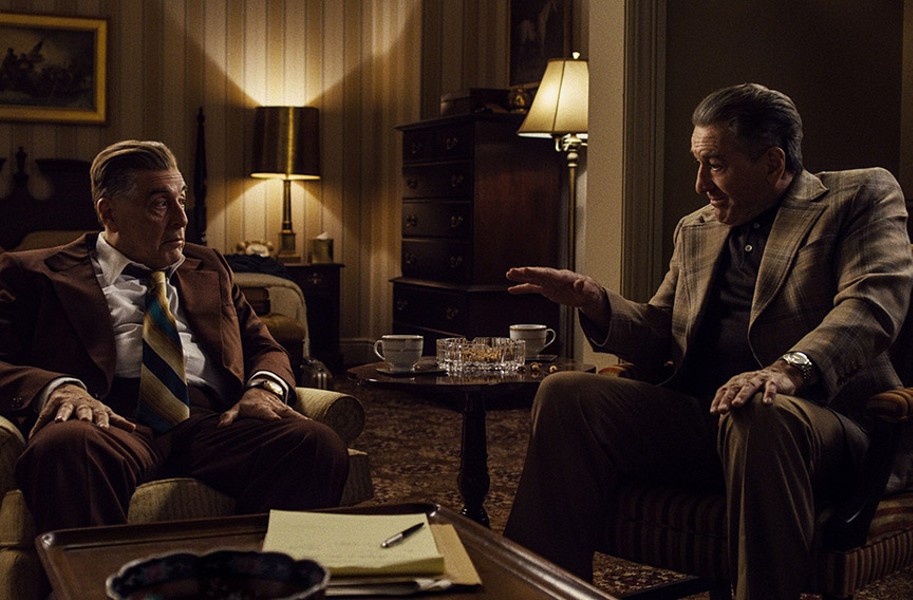 This year at the movies was great and bleak, as global tensions seemed to particularly manifest themselves in cinema, especially in American films that fused pop spectacle with angry, insular politics, from the incoherent, ideological a la carte phenomenon of “Joker” to the points-scoring bitterness of Clint Eastwood’s upcoming “Richard Jewell.”

Looking at the list, I now notice the despair of many of my favorites, as well as the tunnel vision I may have suffered.

There are no documentaries on my list this year — several would qualify for honorable mention — and only one film is directed by a woman. All I can say for justification is that I had to honor the productions that commanded my attention most, and this year I was obsessed by the spectacle of male annihilation.

10. “The Souvenir” (Joanna Hogg)
Joanna Hogg’s autobiographical romance casts a haunting gothic spell, following a young film student, Julie (Honor Swinton Byrne), in the 1980s as she enters into a relationship with a mysterious and polished older man, Anthony (Tom Burke). This is a film of empty, pregnant spaces and of silences, as Julie discovers Anthony’s darkest secret.

9. “Climax” (Gaspar Noé)
Gaspar Noé’s “Climax” is an insane and explosively colored fever dream, following an international coterie of dancers as they lose their minds to drug-laced punch. Like Noé’s prior films, “Climax” is highly formally self-conscious, as the director drinks his actors in with long tracking shots that savor the dangerous sexuality of their movements.

8. “Pain and Glory” (Pedro Almodóvar)
Pedro Almodóvar’s new film is a return to auto-critical ground, following a surrogate, Salvador (Antonio Banderas), as he wrestles with the legacy of his directing career, heath ailments and personal regrets. Banderas is astonishing — passionate, rueful, funny and intensely charismatic — and Almodóvar constructs for him scenes of aching tenderness. At the heart of this memory play is a question: Is it OK for a bad boy artist to mellow out with age? The answer is a resounding “yes.”

7. “Dragged Across Concrete” (S. Craig Zahler)
Like “Joker” and “Richard Jewell,” S. Craig Zahler’s new film taps into the resentful underbelly of contemporary working-class America, feeling like a true work of its time. This smart, scuzzy, ambiguous and brilliantly directed thriller — about two racist cops (Mel Gibson and Vince Vaughn) who conspire with an African-American criminal (Tory Kittles) to steal already stolen bank money — is the best of the three productions, with oddly moving flourishes and an edgy commitment to the notion of money as the ultimate political policy.

6. “Once Upon a Time … in Hollywood” (Quentin Tarantino)
This film, another memory play, is Tarantino’s most gracefully casual since “Jackie Brown.” Leonardo DiCaprio and Brad Pitt, both superb, play an actor and his respective stunt double, who amble their way through a Hollywood that’s about to seismically change from the Manson family murders. Yes, “Once Upon a Time … in Hollywood” features another history-changing gimmick, but its real charm is its ambling, anything-goes nature — its willingness to follow seemingly any curlicue as DiCaprio and Pitt’s characters grapple with the potential fading of their macho values. They needn’t worry.

5. “Marriage Story” (Noah Baumbach)
Detailing the divorce of a showbiz couple (Adam Driver and Scarlett Johansson), which bears similarities to his own split from Jennifer Jason Leigh, Noah Baumbach reckons with the sourness that’s often permeated his work, offering a relentless livewire symphony of dialogue that’s understood to be a foundation of reality. There are many languages here in fact, from showbiz in-joking to the legalese that’s used to tear the couple down, rebuild them and empty their coffers in the process. Driver and Johannson are unforgettable, as are Laura Dern, Alan Alda and Ray Liotta as said lawyers.

4. “Diane” (Kent Jones)
Film critic Kent Jones, in his fictional feature debut, proves to be a poet of the gestures that define small-town life, in this case a place somewhere in Upstate New York. Jones lingers on cheap buffets and family gatherings, on in-jokes and funerals and drunken, despairing nights at Mexican restaurants, precisely rendering the social bonds, and binds, existing between a group of baby boomers and their alienated children. At the film’s center is Diane (Mary Kay Place), whom Jones positions as an existential sufferer.

3. “The Beach Bum” (Harmony Korine)
“The Beach Bum” is an unrepentant orgy of sex, booze and privilege that has the courage of its amoral convictions. Yet there is a moral, as Korine critiques the faux preachiness of most left-wing greed parables. The problem with reformation in our country is that we love bad behavior deep down, something about it appeals to our lizard brains, and Korine aims for that part of us, offering a twisted and exhilarating fusion of Charles Bukowski, Jimmy Buffet and “The Wolf of Wall Street.” Presiding over this carnival is Matthew McConaughey in his definitive role as a poet whose been set free to raise holy hell.

2. “Her Smell” (Alex Ross Perry)
Renee Zellweger is earning awards traction for her portrayal of Judy Garland in “Judy,” but Elisabeth Moss is much more original and ferocious as a fictional Courtney Love-like singer in “Her Smell.” This film’s general obscurity is a disappointment, as it represents yet another leap forward for director Alex Ross Perry, who trades in his intellectual New Yorker aesthetics for a raw, hellish story of addiction and redemption that’s rendered in agonizing long takes and profound verbal gymnastics.

“The Irishman” (Martin Scorsese)
Yes, Martin Scorsese’s epic Netflix production really is that good, suggesting one of his earlier gangster films as restaged as a Western slipstream. The structure is audacious, following a midlevel hitman (Robert De Niro) as he conjures memories within memories, revealing to the audience a life of compromise that serves as a parallel to America’s abandonment of its post-World War II ideals. Like “Diane,” this film is riven with baby boomer guilt, yet its very existence is inherently optimistic. It’s nice to know that a truly adult epic is still possible in the age of a Disney monopoly, and that legends like De Niro, Al Pacino and Joe Pesci can still ride the high country. S