The sound of Virginia

For more than 50 years the Virginia Folk Music Association has been quiety celebrating Virginia roots music. 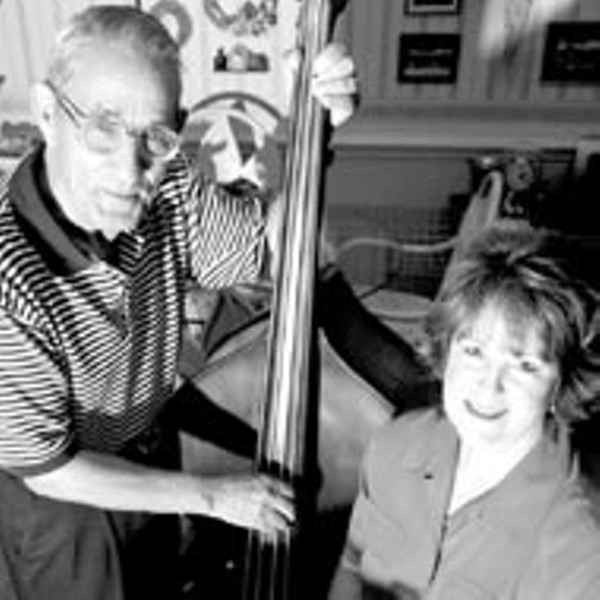 Founded in 1948 to promote Virginia roots music, the VFMA is still a secret to many, and given the current popularity of acoustic and bluegrass music, it is hard to understand why. For more than 50 years the group has sponsored contests and festivals across the state, and most years since 1973 it has honored an Old Dominion-related musician such as a Cline or a Carter with induction into its Hall of Fame. Most recently, the organization began offering music lessons to worthy young applicants through Virginia schools.

This weekend, the group stages its largest bluegrass festival in years when Earl Scruggs and his stellar band headline the VFMA's annual bluegrass festival. The four-day event at the Chesterfield Country Fairgrounds also features The Lonesome River Band and a special-recognition award show for longtime Virginia bluegrass performer George Winn and VFMA supporter and events master of ceremonies Henry Fulcher. The efforts are all part of boosting the VFMA profile while bringing great music to town.

On a smaller scale, the group also sponsors a monthly jam session in the Tomahawk Ruritan Club off Bailey Road that is open to interested musicians. Two annual country and bluegrass championships, and two or three large festivals a year also fall under the VFMA umbrella. Williams says the association has no formal membership, but supporters may send a $10 annual donation. Profits from all efforts go toward finding permanent meeting hall and Hall of Fame locations.

The VFMA has a long and active history. Founded by Ed Silverman and soon joined by former Flatt and Scruggs band member Jody Rainwater and country singer Jim Eanes, the group tagged itself a "folk" association because in the late '40s "bluegrass" was a little-used term and country music was more often "folk" or "hillbilly." Throughout the 1950s, the VFMA held parades, one-day contests and music festivals across south and central Virginia in towns such as Crewe and Chase City. Rainwater — born Charles Johnson — still remembers why the shows were one-day affairs.

"Places we got, you couldn't get parking overnight."

In 1957, the group received nonprofit status, thanks in part to Virginia Gov. William Tuck. The VFMA bluegrass and country contests were also chartered as the only official state competitions with Tuck's help.

Rainwater recalls that the bluegrass and country contests split into separate events in the mid-1960s. The decade also included perhaps the association's most ambitious effort up to that point when, in February 1969, it staged a show at the Mosque, (now Landmark Theater) to benefit the Lions Club-sponsored Old Dominion Eye Bank and Research Inc. The show attracted two dozen Virginia country bands and solo performers and was one of the largest gatherings of country musicians in Richmond up to that time.

Tuck and Silverman came up with the Hall of Fame idea in 1973, and the VFMA chose Old Dominion Barn Dance performer Sunshine Sue as the first inductee. Ensuing years found 27 performers including the Statler Brothers, Jimmy Dean, Nick Hajacos, Eddie Adcock, Roy Clark and Rainwater in the Hall. Williams notes that a strong state affiliation is a must for induction, but an Old Dominion birthplace is not required. Hajacos explains that a fine line often divides those picked and those not selected.

"They dig down in your past and come up with stuff, experience you've had that's more than a local scene."

Rainwater offers that the group began "fading out" in the late '70s, and Williams admits that the organization went through hard times. But now the group is working hard to promote traditional Virginia-bred music through the efforts of the 18-member board and association supporters. The organization changed with the times and now allows Dawg-jazz bluegrass bands such as Old School Freight Train on its stages. But it still honors traditional sounds, and with the ambitious goals of a permanent home, a Hall of Fame space and the Heritage Music Youth Scholarship program ahead, there is much on the agenda.

"Times change, times turn," Williams says noting the group's hard-won efforts and challenges ahead. "We've just started going into the schools. We have enough things to put in a museum if we had a place to put it. …This [Scruggs show] will be the biggest one for a lot of years. We're always looking for more support. I'd like for [more] to be aware of the longevity, all the men and entertainers. …The state is so rich in musical heritage." S

The Virginia Folk Music Association's Third Annual Bluegrass Festival, runs from Thursday, Sept. 26, to Sunday, Sept. 29, at the Chesterfield County Fairgrounds eight miles south of Richmond. Tickets cost $55 in advance, or individually they cost $20 for Friday, $20 for Saturday and $40 for Sunday. Trailer hookups are $20 per day. Camping is $10 per day. Call 347-2925 for event or other VFMA information.

Thursday performances on the stage are open mic.