How a melodic kleptomaniac from Richmond coined the phrase Tin Pan Alley. 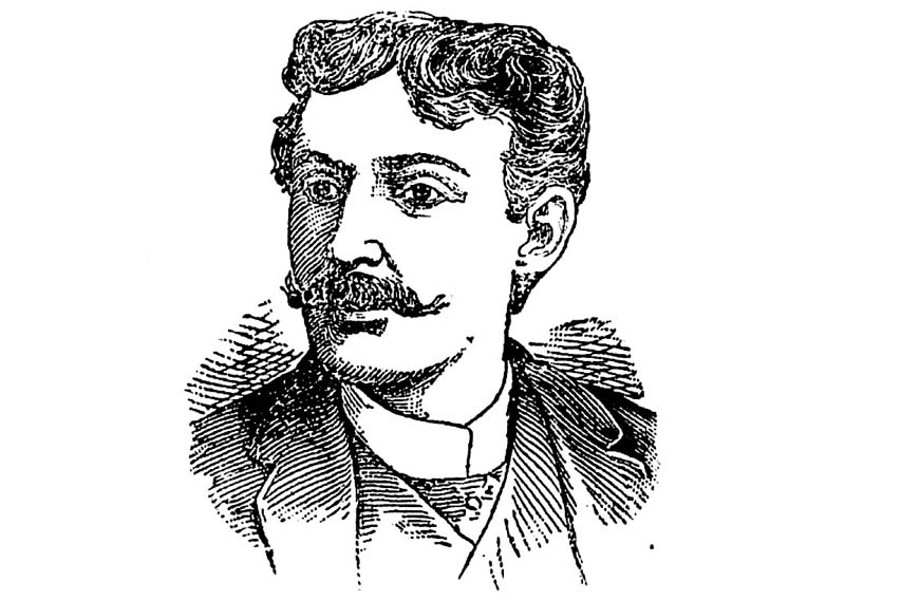 According to author Isaac Goldberg in his 1961 book, “A Chronicle of American Popular Music,” composer Harry von Tilzer received a visit from Rosenfeld while at work on a composition, for which he’d wrapped the piano hammers with newspaper to produce a distinctly muffled tone, both to expand his sound repertoire and quiet residents who complained of the noise. Rosenfeld told von Tilzer, “[Your music] sounds like a tin can,” to which von Tilzer supposedly replied, “Yes, I guess this is a tin pan alley.”

Rosenfeld then borrowed the phrase for one of his Herald columns. The name stuck, thus a Richmonder can claim credit for the phrase Tin Pan Alley.

Rosenfeld, known as Rosey, was born to Henry and Sabine Rosenfeld in Richmond in 1861. According to business records, Henry was a tobacco and cigar dealer, with a shop at Broad and Fifth streets downtown.

By the mid-1880s, sheet music became a huge commercial enterprise, with many songs selling well even by 21st-century standards. (Charles K. Harris’ 1892 song. “After the Ball,” sold more than 5 million copies.) But it was almost nonexistent music copyright laws that allowed music companies — and Rosenfeld — such success.

With the rapid growth of the Tin Pan Alley style, itinerant composers-for-hire swarmed onto this block and churned out literally thousands of bouncy “songs written to order” that they hoped would be published as sheet music, and then bought and sung in homes across the country. Music houses and composers hired song pluggers to stand in department stores and belt out their tunes to attract buyers. George Gershwin and Irving Berlin started their music careers as Tin Pan Alley song pluggers before becoming internationally known composers.

Calling himself a melodic kleptomaniac because he bragged that he stole some of his best tunes, Rosenfeld fell right into this rowdy New York music scene with his proclivities for poker, women and horse racing. Yet when he focused on his talents, he was considered a master of the tragic boy-girl tale set to music. Some of his 220 songs written between 1884 and 1918 include “Take Back Your Gold and Make Me Your Wife” (1886, with lyrics by Louis Pritzkow) and the tongue-in-cheek composition “With All Her Faults I Love Her Still” (1888). Again taking advantage of loose copyright laws, Rosenfeld took credit for the music of this song, though it was written years earlier by composer Theodore Metz.

Rosenfeld’s penchant for borrowing makes his song count suspect. He wrote under at least three pseudonyms including F. Heiser, F. Belasco and Monroe Roosevelt whenever circumstances or questionable copyrights dictated. He’s also credited with one of the first patriotic call-to-arms compositions, “Uncle Sam, Tell Us Why You Are Waiting,” written just after the sinking of the battleship Maine by the Spanish in 1898.

Despite earning generous royalties, the restless and volatile Rosenfeld never found a permanent home in the music business. He was married for a few years to a woman named Emily. According to the local newspapers, she was “prone to hysterics,” which included her sleeping for 11 straight days in 1891, then two years later being rescued off a bridge as a would-be suicide in Brooklyn.

Despite these distractions, throughout the 1890s Rosey worked as not only a composer but also a press agent, journalist, short-story writer and social gadfly who one day was flashing a thousand-dollar bankroll and the next borrowing cab fare. At one point in 1899 he was even wanted by the police for running off with a 15-year-old Boston girl named Emma Moran.

In 1930, Theodore Metz described working with the musical but light-fingered Richmond native: “You could sketch out a topic for Rosenfeld to work on, and he’d have the job done before you were through talking.”

“A mere suggestion is sufficient for [Mr. Rosenfeld] to dictate the words of a song seemingly without any thought,” states an article about him in the Oct. 28, 1900, edition of the Richmond Times newspaper.

In 1917, Rosenfeld became the editor of a music magazine called the Tuneful Yankee, and then, in a fit of audacity, opened the Rosenfeld Musical Press Office at 1547 Broadway, for management — of all things — music copyrights.

Never returning to his Central Virginia hometown, Rosenfeld died of acute indigestion Dec. 13, 1918, at age 57, in his home on West 107th Street. All that remains of Tin Pan Alley is a plaque on the sidewalk that reads: “28th Street between Fifth and Sixth Avenues was the legendary Tin Pan Alley, where the business of the American popular song flourished during the first decades of the 20th century.”

Dale Brumfield is a writer and author living in Doswell. His most recent book is “Richmond Independent Press: A History of the Underground Zine Scene.” Opinions expressed on the Back Page are those of the writer and not necessarily those of Style Weekly.