The Smallest Gallery in Richmond 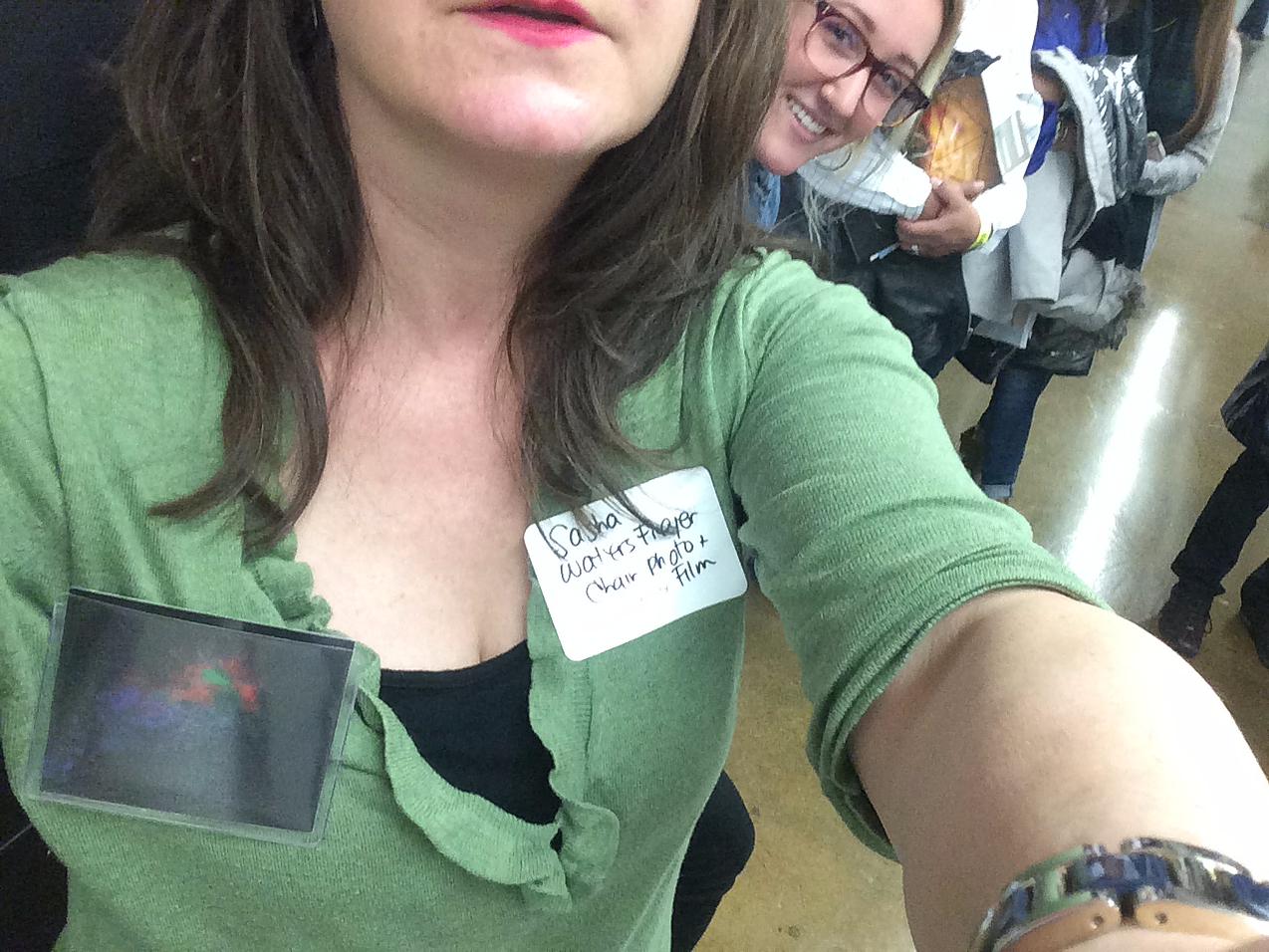 Sasha Waters Freyer has a fractious relationship with nametags.

Whether her name is misspelled, or part of it omitted, her nametag is rarely correct. Add to that the indignity of displaying this thing on one’s body, she says: “What a waste of real estate.”

At an event last year, she was discussing this very topic with art activist Mark Strandquist and Trey Hartt, Art 180’s resource development manager, when an idea came to them: Make the loathed plastic badge holder into a gallery space. Waters Freyer, who is chair of the photography and film department at Virginia Commonwealth University, loved the idea of subverting the nametag’s bureaucratic function.

So in 2015, she opened BUST Gallery, “a mobile exhibition space located slightly above the curator's left breast.” The gallery measures 3 by 4 inches. Her first call for entries resulted in about 50 submissions, not only from the United States but from international artists as well.

Waters Freyer selects four artists for each season, displaying work by each for one month as she attends art openings, university meetings, lectures, seminars and parties. Usually she features just one piece of artwork per artist; the exception was a series by photographer and VCU visiting assistant professor Shannon Castleman called “2050 (Disappearing Cities).”

BUST Gallery was the perfect home for a piece Castleman had long wanted to do: a series of silver gelatin prints that slowly fade when exposed to light. Castleman juxtaposed antique maps of cities threatened by sea-level rise with blue-toned water; as Waters Freyer displayed each print, the map faded to black and only the water remained. “The change was part of the work, conceptually,” she explains, adding, “I wanted it to be something different every day.”

BUST Gallery gets noticed. “Is that art?” people ask. “Is that a pin?” Waters Freyer documents the appearances by taking selfies of her bust. (“It’s awkward,” she admits. “I think my colleagues have gotten used to it by now.”) Many of the images include people in the background conversing, drinking, mugging for the camera or simply lost in thought.

While the BUST Gallery experiment has an element of comedy, it’s not a joke, Waters Freyer says. As she says in her artist’s statement, it “engages the public (in)visibility of the aging female body” and also “challenges conventions of exhibition and spectatorship.” The art itself is not elevated, as it would be on a gallery wall, she says, but is made accessible to a wide audience.

Waters Freyer is primarily a filmmaker, and the gallery is a fun side project. She might do it for a couple of years, she says, then pass it along to a new curator. She’s accepting entries for the fall season through Aug. 1. There’s no fee to submit.

And if you want to visit BUST Gallery? “They probably just have to run into me,” she says.