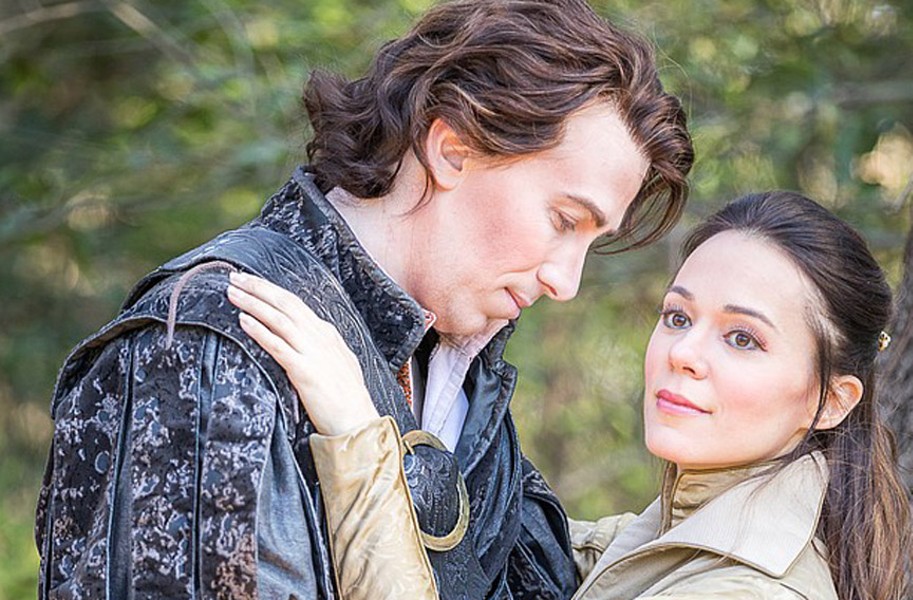 Though it's still a high point of her career, Rachele Gilmore's debut at the Metropolitan Opera was more chaotic than most.

In late 2009, the coloratura soprano had been cast as an understudy in the Met's staging of "The Tales of Hoffman." Less than four hours before curtain one day, she received a call: The performer playing the role of Olympia was sick. Could she fill in?

After battling rush hour traffic in New York, Gilmore was whisked into the makeup chair and allowed to walk the stage just before the curtain opened. Her performance in the Jacques Offenbach work would become noted for more than her sudden spring into action: While singing the aria "Les oiseaux dans la charmille," Gilmore hit an A-flat above high C, the highest note that had been recorded in the opera company's history until late last year.

This week, Gilmore is playing the title role in Virginia Opera's "Lucia di Lammermoor." Based on a Sir Walter Scott novel and set in Scotland, Gaetano Donizetti's opera tells the tale of a woman forced to marry a man who she doesn't love. Like Gilmore, "Lucia" has its a history at the Met; between 1903 and 1972, no two full seasons went by without the company staging a performance of the bel canto opera.

"If you want to go to the opera and experience really classic, dramatic, Italian opera, this is definitely it," says Gilmore, reached by phone from her home in Delaware. "It's got lots of soaring melodies, it's got drama, it's got people dying in the end. It's sort of quintessential."

In the opera, Lucia is in love with Edgardo, a man from a rival clan. Her brother Enrico hates Edgardo, wanting her to marry the wealthy Arturo instead. After going through with it, Lucia goes crazy and kills Arturo on their wedding night. Following the murder, Lucia rejoins the wedding celebrations in the opera's famous mad scene.

"She's kind of the victim of society and what her brother wants her to do. Her brother is in financial ruin and wants to marry her off to this much wealthier person," Gilmore explains. "Like a lot of women in that time, her life was being ruled by … men.

With its star-crossed lovers from families who hate each other, tenor Joseph Dennis compares the story to "Romeo and Juliet."

"We have a situation where two people from two rival families have fallen in love, despite the dangers to themselves and their families," says Dennis, who plays Edguardo. "Ultimately, [they] have to pay the price for their love for one another."

Dennis says the opera's music is a knockout.

"It focuses mostly on this beautiful, lyrical singing. You can hear it mainly in Lucia's singing: really fluid and ornamental lines," he says. "The style of this bel canto demands that you stay very agile, but it's full-throated, romantic singing."

It's something that Gilmore knows well, noting that it's one of the longer roles she's performed.

"It's sort of about pacing myself and making sure I have steam at the end of the opera [for] the mad scene. And the mad scene, I always tell people, it sort of just sings itself. It's so perfectly written to go with the drama," she says. "I just sort of go out on stage and I don't remember what happened when I come back off, because it's one of those totally immersive songs."

"This is a voice that you want to hear in person," says Turner, who was recently named Virginia Opera's new artistic director. "It's simply astonishing that any singer could have this impeccable precision in their vocal delivery."

He adds that the mad scene is one of the most famous in all of opera.

"It's truly just the solo soprano on stage surrounded by chorus members and other principal singers who are just standing there bewildered," Turner says. "You can hear the mechanisms of her mind." S