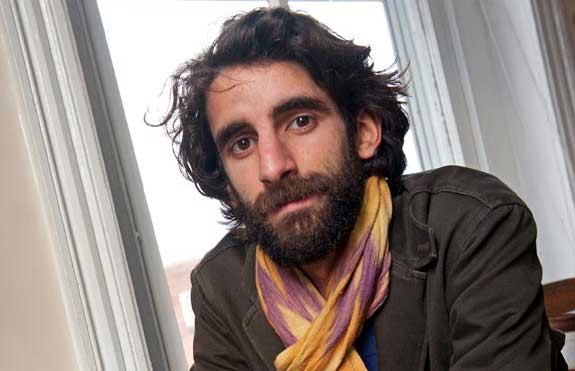 The drama happens after midnight. It's a simple act — sliding loaves of dough into the oven — and the elements are even simpler. Water, flour, salt. Wood and fire. And yet when baker Evrim Dogu gets to this point in his all-night marathon, he finds a thrill in its complexity. "It's very dramatic," he says. "It's a key moment of transformation and I like being a witness to that, to this series of transformations." One hundred loaves later, he's done.

Dogu says he's increasingly aware of the sheer physicality of baking, the lifting of wood and bags of flour, the oven's cast-iron components, and the long, solitary hours. Then, he crashes for 12 hours of sleep. Though it's taxing, he says, satisfaction comes from within.

"It's a very grounding experience," he says. "You have to keep making it new for yourself, but it's timeless. As you change, the bread will change," meaning over recent months his loaves have become darker-crusted and moister, with subtle differences in flavor depending on which local farms supply the grain.

"The idea that you're making a hand-crafted thing which carries the quality of the crafter — it's required a kind of intensity of dedication which works on multiple levels," Dogu says. "Once I started looking at bread as the cornerstone of food culture, it had a new significance and power that spurred me on to create it and put that out. It's simple, unadorned bread but also deeply significant," he says, with economic, social and spiritual implications.

Dogu's roots in a Turkish baking family give him a perspective far from the Americanized Wonder version. His bread resurrects traditional Old World processes with heirloom grains and natural fermentation. He makes a flagship loaf, Virginia maize, Turkish flat bread, a demi complête and heirloom whole wheat, with specials that show up by season or harvest, and free giveaways at Ramadan as a way of advancing his mission.

By the spring equinox, Sub Rosa's next chapter will unfold as Dogu opens a Church Hill storefront bakery where people can sit, drink Lamplighter Coffee and watch the baker at work. His all-nighters will become more like a cross-country endurance race with a community of followers, visible even from the bus stop through a 12-foot window. His business name means confidentiality or secrecy, "but it's an open secret now," he says. "This is what I deeply want to give to people." — Deveron Timberlake

Sub Rosa's blog can be found at subrosabread.blogspot.com. Bread is available by subscription and at the Byrd House Market, Tuesdays, 3-5:30 p.m. through April, byrdhousemarket.blogspot.com.