Virginia politics builds up to 2012 with a frothy head of steam. +1

Yet, as the coming year brings with it national elections, the Republicans have blown their big moment.

Cantor's no-prisoners fight over the debt-ceiling debate in the summer backfires, making him seem more Eddie Haskell than Abraham Lincoln.

Cuccinelli remains as intriguing as ever. His plans to run for governor in 2013 topple the GOP's apple cart. The party's ruling Politburo already had selected the amiable but forgettable Bill Bolling, now lieutenant governor, as McDonnell's successor.

This should be good news for the Democrats, but they remain weak. Obama and the economy look better, but barely. Former Gov. Tim Kaine, running against former Gov. George Allen for Sen. Jim Webb's seat, hasn't much to show for running the national Democratic Party.

The coming year is Cuccinelli's.

A little color's lost from our pallet of neighborhood hangouts. -4

Kitsch takes it on the chin this year, with some of the city's longest-running quirky businesses falling by the wayside, at least temporarily. Two were smoky havens for meat eaters — Liberty Valance, with its John Wayne-themed saloon, closed over the summer, and Shenanigans, with its stage load of twang and reverb going out with a blast in December but looking for a new home. And the biggest loss to a certain Westhampton set is Phil's Continental Lounge on Grove Avenue, where getting hammered but staying polite was an art form all its own. Not all is lost: Phil's is scheduled to resurface up the street soon in cleaner digs; the old spot becomes simply the Continental under the ownership of restaurateur Johnny Giavos, promising some scratched heads while customers wonder which continent they're on.

OK, so we're no longer on board. Mayor Dwight Jones talked about building this city by "design and not default" for three years. He finally got around to announcing plans for a couple of schools and a city jail, and pissed off just about everybody — the National Association for the Advancement of Colored People, construction contractors, half of City Council, next-door neighbor Ray Boone. This was supposed to be the year he finally did something, but he just defaulted.

The problems are manifold. Jones' administration, thought to be smart and methodical, begins to seem, well, incompetent. During the jail fiasco the administration forgets to inform the state that its plans changed, jeopardizing $30 million in state funds for the $134.6 million jail — even after spending millions of dollars on jail consultants to keep them abreast of such things. The same administration bungles school building plans, causing innumerable delays, and only recently began breaking ground. And these are plans that were in place before Jones took office.

The Jones team likes to deliberate, but it shouldn't take years to study Shockoe Bottom; plans for a new Richmond Coliseum; a new ballpark; a new transfer hub for GRTC Transit System; selling the old City Stadium; developing North Boulevard; planning the riverfront. There's a reason why the Richmond Flying Squirrels have been threatening to move elsewhere. Jones promises big, but doesn't deliver.

Oh, and he's just not very personable, which is strike 10. The Baptist preacher refuses to let his guard down, and shows his not-so-neighborly side when Occupy Richmond protestors camp out next door in the front yard of the Richmond Free Press publisher, Boone. Remember the refusal to use the front door, the speeding black Suburban down the driveway, with Jones in the back? We do.

We expected more in the post-Doug Wilder era. So far, we're getting less. 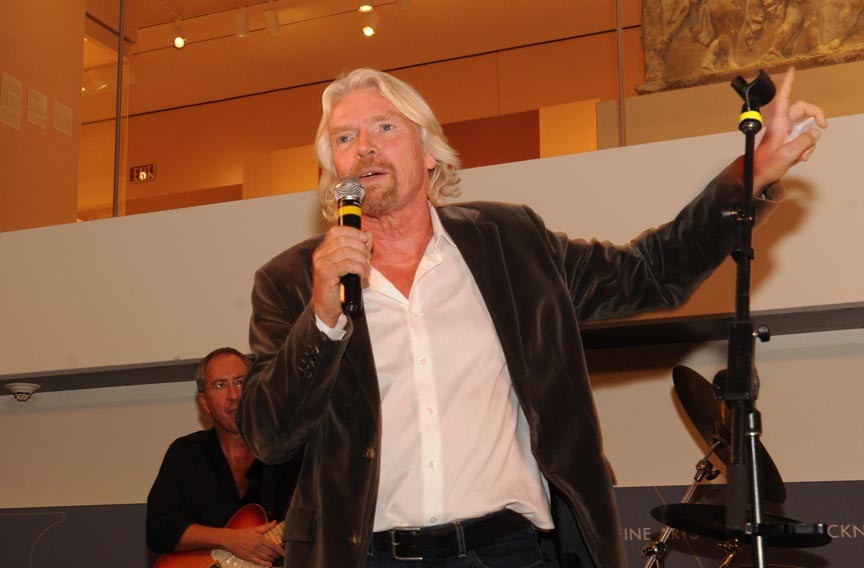 The creative class gets redefined to mean anything, and nothing. 0

The booster buzzword of 2011 is "creativity." And that's because it's a word and an idea so open-ended that Richmond's booster class can define it, and ignore it, however it wishes.

Several different civic campaigns emerge, designed to re-brand Richmond as a capital of creative thought — Innovation Excellence (i.e. "I.E."), RVACreates and Richmond Unite the most prominent. Unfortunately, the focus is on marketing the idea of creativity rather than on the broader sense of the creative-class theory, which holds that fostering street-level creativity and removing social barriers to ideas from outsiders has a trickle-up effect on the local economy.

The big catch is an appearance at a Richmond Unite conference by crusading U.K. billionaire Richard Branson. He tells Style Weekly that local governments ignore and stifle youth at their peril; at that exact moment, city officials place a reflexive curfew on area teenagers in light of a crowd fracas at a First Fridays Art Walk. So much for that.

Of course, this creativity trend is nothing new: The Greater Richmond Chamber, the Greater Richmond Partnership and others have been bringing creative avatars to town for years — social scientists who preach diversity, tolerance and the cultivation of weirdness to enthusiastically nodding crowds of business leaders. But Branson's much-hyped appearance only entices a half-full audience — there no longer seems to be a mass willingness to pay hundreds of dollars to listen to stories about the value of weird and leave it at that. Go figure.

Take the case of Dave Saunders, of the local marketing company Madison and Main, who publicly criticizes Mayor Dwight Jones' administration, or rather its economic development department, for awarding a lucrative branding contract to an agency in Denver, rather than hire a local ad agency (such as Madison and Main). This comes after a much-hyped appearance by the mayor at the Chamber's I.E. conference, where he touts all of the city's wonderful creative energy. It doesn't help perceptions that the director of economic and community development, Peter Chapman, has previously worked in Denver, and previously had been accused of awarding sweetheart contracts to favored clients.

The lesson: Talk is cheap. Richmond boosters and city officials can bring in all the billionaire visionaries, economic data and enlightened PowerPoint presenters they want. When the rubber meets the road, political patronage and corporate logrolling trump creativity every time.

We get Picasso fever and VMFA emerges as a player. +8

"Every act of creation is first an act of destruction," the artist Pablo Picasso said. How true. After the massive and stunning $204 million renovation of the Virginia Museum of Fine Arts is completed, the creative challenge is how to top it. After all, what kind of art could follow — live up to — the most successful private building campaign in Richmond's recent history.

How about the only East Coast appearance of a massive, 170-piece exhibit that spans the career of Picasso, the most celebrated artist of the 20th century?

The Richmond appearance of "Masterpieces from the Musée National Picasso" breaks attendance records (a whopping 229,729 people pass through the turnstiles) and, according to Chmura Statistics and Analytics, infuses more than $30 million into the Virginia economy. General museum attendance also triples and museum memberships soar.

After the Picasso jumpstart, VMFA continues to put Richmond on the map as a serious cultural player, not just a place with a cool new building. Popular exhibits follow on the bejeweled treasures of Fabergé, Chinese artist Xu Bing's unusual tobacco art, and the secrets of the Egyptian mummies, among many others — not to mention a Richmond Varietease burlesque show. "Give me a museum and I'll fill it," Picasso once boasted. And how.