Mother Nature hits us with a double whammy. -6

The strongest earthquake to hit the East Coast in more than half a century strikes the city on an August afternoon, and when the tremors subside, Richmond calls its mother to assure her that it did not get swallowed up by the earth or crushed beneath a falling highway underpass — and then it goes back to work.

Four days later, however, President Obama declares a state of emergency for Virginia while Hurricane Irene bears down off the coast. The category-one hurricane leaves nearly 75 percent of residents in the region without power. For days ... and days. ...

Pat Robertson, of the Christian Broadcasting Network and reputed authority on the causes of natural disasters, does not weigh in. 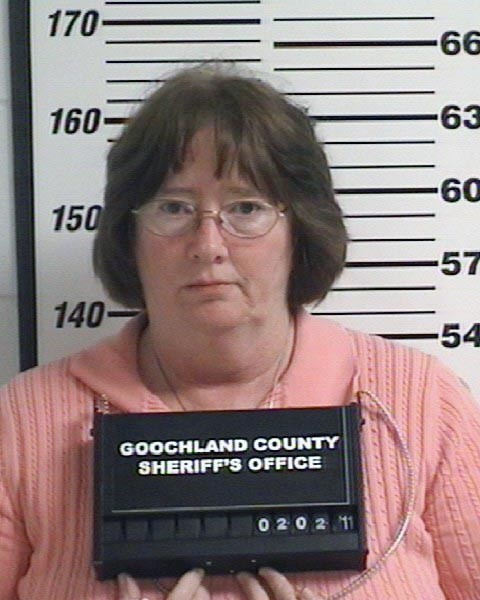 We see a rash of high-profile embezzlement cases in which people are charged with stealing from friends, employers, a church day care, a Catholic school and taxpayers. A sampling:

• David B. Kagey pleads guilty to embezzling at least $422,000 from his friend and business partner, dentist Edward D. Gardner Jr., over a five-year period. Kagey confesses that he spent it on redecorating, restaurants and "a lot of trips to the Paper Moon." His sentence: three years (40 years, 37 suspended).

Compare: If you're convicted in federal court of possessing 28 grams of crack (about an ounce) you'll be handed a five-year mandatory minimum sentence. Even if it's your first offense. And you sure didn't make $430,000 selling it.

Remember, kids: If you're going to try crime, white-collar is the way to go.

A touchy subject puts City Hall in a pinch. -5

It's the type of political scandal to make this genteel burg clutch its collective pearls. In January, Jennifer Walle, a young aide to City Councilman Bruce Tyler, accuses her middle-aged fellow council public liaison, David Hathcock, of inappropriate touching during a meeting in her office in April 2010. Via an emailed response leaked to media, Hathcock appeared to acknowledge that some kind of inappropriate incident took place, writing: "I had the same thought. You are right."

It gets ickier from there. Walle elaborated in her lawsuit and interviews with media that Hathcock pulled her onto his lap and groped her, grabbing her buttocks. During the next several months the city's investigation ensnares Hathcock's boss, City Council President Kathy Graziano, and various other City Hall employees. Meanwhile, a civil lawsuit filed by Walle against Graziano, Hathcock and the city of Richmond for allegedly trying to bury the incident becomes a political hot potato. Also, Graziano may or may not have called Walle a "prick tease," as Walle alleges in a complaint filed with the U.S. Equal Employment Opportunity Commission.

Walle's claims against the city and Graziano are dismissed, and both Walle and Hathcock leave City Hall. But the unlikely alliance of councilmen Bruce Tyler and E. Martin Jewell — both outspoken critics of how the incident was handled — blossomed amidst the controversy (see "Bromance").

Lessons? There were plenty. "Don't touch co-workers inappropriately — unless you're sure they're into it," comes to mind. But it's best to delay that discussion until the scandal is finally concluded. Terms have been reached in Walle's civil battery lawsuit against Hathcock, says William Shields, her new lawyer, thought the agreement has yet to be finalized. Walle's employment commission complaints, however, remain pending.

A bromance blossoms on City Council. +2

He's the no-nonsense architect from the West End, with graying, Sonny Crocket hair.

And he's the freckled, excitable owner of a janitorial services company from Randolph.

Councilmen Bruce Tyler and Marty Jewell just aren't meant to be together — they're from different sides of the tracks. But they hook up in 2011. And you can bet Mayor Dwight Jones and Council President Kathy Graziano sure wish they hadn't.

The boys find their stride during the council liaison sexual harassment scandal, which kicks off in January. It happens to involve Tyler's former liaison, Jennifer Walle, and David Hathcock, Graziano's former sidekick and senior aide.

Tyler needs an ally; Jewell is there for him.

"She says to me, 'Bruce has made certain comments, but nothing offensive. I just took it as Bruce being Bruce," Jewell says of his conversation with Walle earlier this year, during his renegade fact-finding mission. He relays the message to Tyler, who's lying low amid the fracas: "He said, 'Marty, if you weren't so ugly, I'd kiss you.'"

From there, the relationship blossoms. During the course of the year, Tyler and Jewell become council's odd couple, challenging Jones and Graziano at every turn. During the debate on the city jail, Tyler and Jewell have the administration on its heels, questioning the minority contract, the selection of the construction company, the jail's size and location, even its height. Sure, seemingly innocuous screw-ups are perceived as conspiracies, and Tyler and Jewell may be guilty of a little political grandstanding. But so what? Maybe Jones and the Graz needed to be knocked down a few pegs.

While Tyler dissects the administration with his lawyerly inquisitions and architect's perspective on procurement, Jewell sets fire to chambers with his impassioned, if sometimes rambling, morality plays.

Still, what makes Tyler and Jewell such a breath of fresh air is their willingness to call their shots and follow through. While Tyler lobs emotionless critiques, tinged with fatherly disappointment — "It's been a disservice to the citizens, to the people in jail, to the inmates," Tyler says in the summer. "At the end of the day, we have not put our best foot forward." — Jewell tears the mayor a new one.

"I'm just troubled by the dumb-ass moves," Jewell says. "It's got a horrible odor to it."