"Adults in this society have a lot of unlearning to do around gender, myself included." 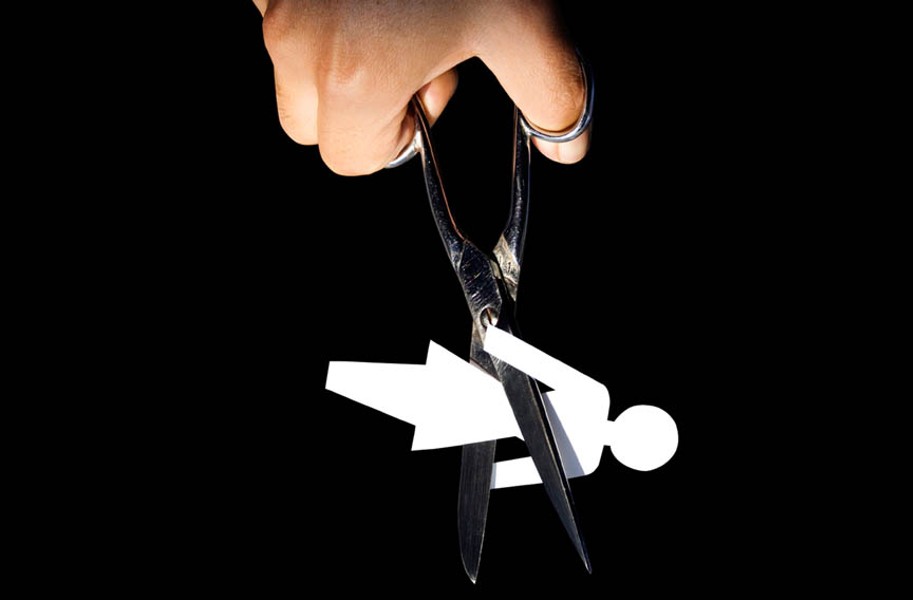 Getting news coverage for any political issue is a double-edged sword. You want news coverage so people hear about issues and your stance. This is necessary for any social movement. We need get information out to people who might want to join us.

On the other hand, with coverage come the anonymous Internet trolls. These are the people who post messages in the online comments section but miss the point entirely, misconstrue your position, attack you for real or imagined aspects of your personal life, and generally do their best to demean anyone they disagree with. I've gotten calloused to the point where I'm mostly not upset by the things posted about me anonymously. I even find some humorous.

The way I see it, if you're engaged in community and receiving news coverage because of your activism, you're making strides. The folks who aren't even brave enough to attach their names to their statements are way below your league. Don't worry about what they think. You are great.

Style Weekly's article about the "weird, chaotic mess" of the City Council meeting April 14, during which I spoke against the leasing of Monroe Park to a private conservancy, has an interesting comment thread. One troll attacks me for my name: "Her name is Moriah Karn. … not 'Mo Karnage' as she refers to herself." But the juicy part is this — the commenter's name? Joe23223.

Weird name, right? Wonder what his parents were thinking? I'd put money that he isn't named Joe23223 at all! His legal name is probably Joseph 23223. Not that I care what name he chooses for himself.

Another commenter, Wendy, breaks out her transphobia with this one: "'Mo' needs to acts properly when addressing other 'adults.' Does she really want to hear 'Mommy who is that scary man-lady' at the Monument Avenue Easter Parade?"

Clearly, Wendy is going for an insult, but I find the statement empowering and affirming. I am a big scary gender queer, a frightening man lady who won't back down when fighting for justice. I don't refer to myself by male or female gender pronouns. I prefer the gender-neutral they and them. I'm glad that folks in favor of privatizing Monroe Park and holding up the crumbling gender binary find me threatening. On my good days, I'm a threat to their ways of life.

I've wondered why I find her comment less demeaning than intended. I think it's because she at least acknowledges my existence outside of the gender binary, of "he" or "she," "him" or "her." To be constantly ignored, to have one's gender identity ignored, is erasure. Erasure hurts, and ignoring gender queer, transgender, and those who don't feel comfortable with or identify as the gender assigned to them at birth, referred to as noncis or noncisgender, is oppressive at best and violent at worst.

Kids have asked me about my gender frequently. I find these instances to be wonderful opportunities for conversation about what gender is, the gender binary, and alternatives to the binary roles. It's funny and sad that the kids are more open to these conversations and to accepting other humans, however they express gender, than many adults.

Adults in this society have a lot of unlearning to do around gender, myself included. We were raised in a world in which the patriarchal system dictated only two acceptable gender options. Things have gotten better in many ways, but there's a long way to go. Acts of violence against transgender people, particularly transwomen of color, are frighteningly high, and most states, including Virginia, have no protection for transgender people in the workplace or anywhere else. Starting conversations with kids around gender identity is a great way to influence the next generation to be better educated, more compassionate and more progressive regarding transgender and nonbinary rights and issues.

I'm glad to have discovered this new phrase to describe my identity — as a scary man lady. I think it a great alternative to gender queer, and I embrace being a scary man lady wholeheartedly. Thanks Wendy, for the motivation to keep carrying on as an out-there, outspoken, scary-to-some man lady!

Under an article by Mark Holmberg about the same City Council meeting, published on WTVR-TV 6's website, an online commenter writes: "She also claims she's a vegan. I don't believe her. Vegans tend to be thin and stinky. Did anyone else notice the size of Mo's rear-end when she was at the podium? That's not a vegan rear-end. That rear-end belongs to someone who stuffs themselves full of processed foods and sits around all day."

We all know that noncis males are pretty consistently body policed when in the public sphere. This is yet another case of just that, mixed with strange misconceptions about vegans. I'm stoked on having a biggish butt. Everyone should be proud of their own butt.

Body policing involves gender and it also involves race. Loving big butts is not a new territory discovered by white people. Credit and homage go to the women of color, who have pushed this specific body positivity while fighting against white supremacist culture. I like my ass, which is good, 'cause it's the only one I've got. But I don't have the same struggle around my body or face the same body policing that women of color do. In a white-supremacist society, I see bodies similar to mine reflected more often in media than women of color do. I'm thankful to women of color for struggling for years to promote body positivity around larger bottoms, and I'm glad I've got a big ol' vegan scary man lady ass! S

Mo Karnage is a member of the Wingnut Anarchist Collective. A longer version of this essay first appeared on quailbellmagazine.com.