The Sale to End All Sales

A green living center gets a survival supply makeover. 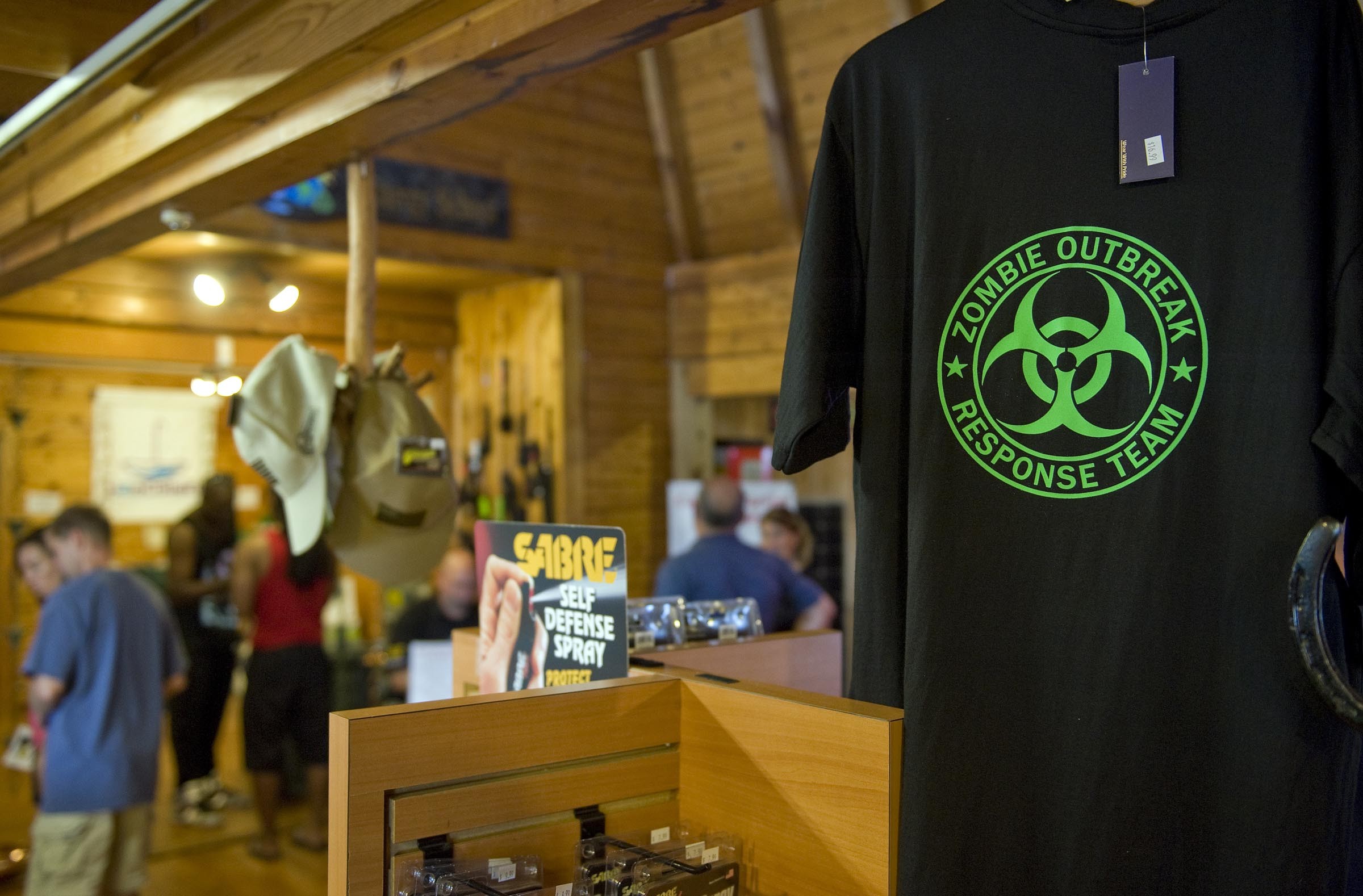 Green is out. Survival is in.

“When was the last time you saw a guy drink cow manure?” Bush asks. He adds some fresh manure to a blue basin of water and swirls it around. Then he sucks up the mixture through a pocket-sized filtering gadget called a LifeStraw.

The straw, which sells for $19.95, is just one of the survival aids at Bush’s new Off-Grid by Design shop on Midlothian Turnpike. It’s the only survival-focused store in Richmond, he says, and perhaps in Virginia. The store held its grand opening July 27.

Until recently, the business was called Off-Grid Green Living Center, and it sold devices meant to reduce a household’s impact on the environment. Two years ago Bush had ambitious plans to turn the lot on Midlothian into a green living education center with gardens, a playground made of recycled milk jugs, and a combination classroom and bunkhouse made from metal shipping containers.

None of those plans has come to fruition. Bush says he still teaches children about renewable energy when he’s invited to schools, but hasn’t gotten around to the shipping-container house, yet.

“Green” has lost some of its meaning through the years, Bush says. “Sustainability” is the word of the moment, he says. “Everybody wants to be self-sustaining.”

Bush also started noticing customers coming in to look for survival supplies. “It’s not necessarily that the world is coming to an end,” he says, “but look what happened in Katrina.”

A Buckingham County delegation of the Boy Scouts of America showed up for the grand opening. The Scout delegation is recruiting young people to join a new survival-focused, co-ed group in Chesterfield County.

“If I was dropped off in the woods and I had nothing but some rope, a knife and matches, I could easily set up a camp within three hours,” says member Codi Hinds, 18.

And, she says, she would survive.