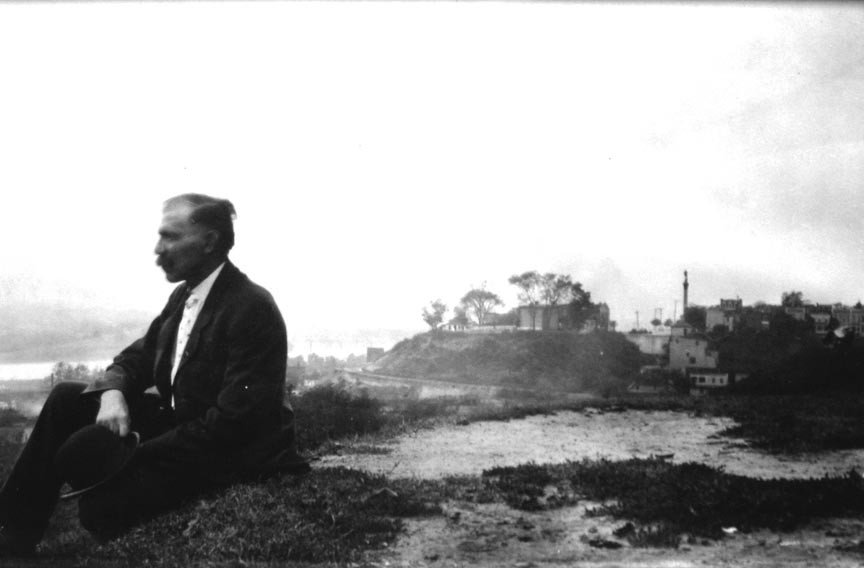 The fast-talking, affable-sounding woman on the other end of the phone identifies herself as Kitty Snow. She’s calling at the suggestion of a mutual friend who knows I’m researching the history of some Richmond neighborhoods. Maybe she can help.

“Could you hold a minute?” Snow asks over the whir of a food processor. “I’m about to drive my daughter for an operation and I have an aunt who is living with me, so I’m fixing chicken salad for her lunch to eat while I’m at the hospital.”

When Snow returns, she mentions that she’s stumbling around with a temporary cast on her foot but that it hasn’t hindered her job as a real estate agent. She’s also putting together her high-school reunion and is preparing her home for a holiday house tour. 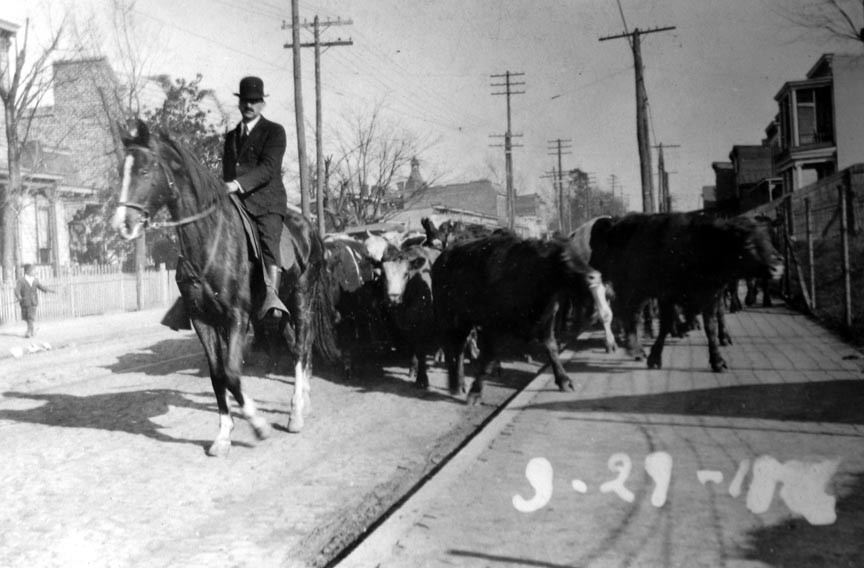 Snow doesn’t sound that different from other moderately stressed, middle-aged folks I know who juggle family, career and community with aplomb. But added to that is another, unusual calling. She recently found herself the steward of a trove of fascinating and revealing snapshots — and a few motion pictures — taken by her great-grandfather, Harris H. Stilson. He was a Richmond trolley car operator who took his camera with him to work from the 1910s to the early 1930s, photographing street scenes across the city and people along his route. “His pictures show how people made a living, where they shopped, where they worked and what Richmond was like in the early 20th century,” Snow says.

While Snow had known about her great-grandfather’s hobby from a few family albums that had been passed down, she was taken unawares when she came into possession of a prodigious collection two years ago. Suddenly she had some 3,000 of Stilson’s photos, transparencies and glass negatives that had been kept by her aunt and father. Many of the photos were unidentified and haphazardly stashed in cupboards and drawers or piled in cardboard boxes. Others were clearly labeled by Stilson and neatly organized. Some photos were glued in albums in no particular order, the scribbled identifications on the backs obscured. Unfortunately, many other prints and negatives were ruined from decades of being stored in a garage and a smoky, basement furnace room. 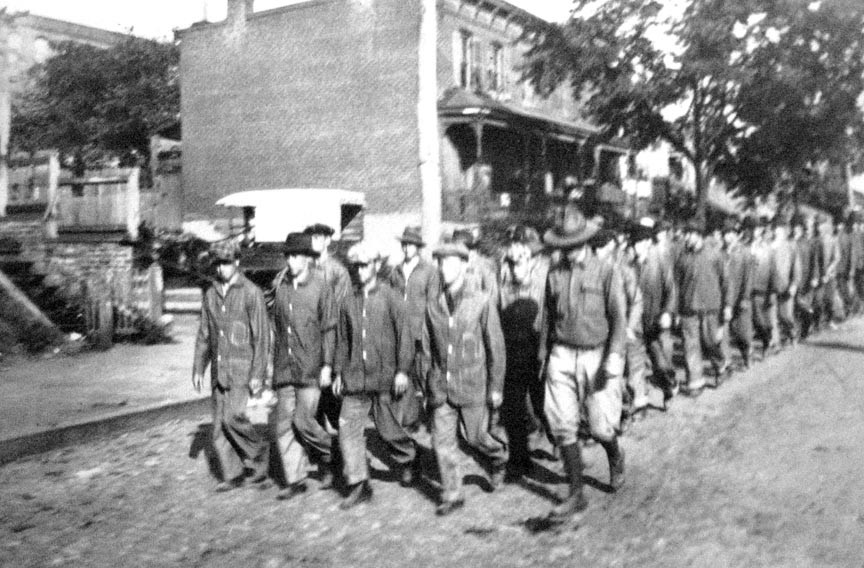 Some of Snow’s family and friends urged her to pack up the images and let her three grown children deal with them later. But Snow says she wanted to decide what to do with the pictures: “I knew they were too valuable not to be shared.” She had been reared in Bon Air by parents who appreciated Richmond history and took their children to places such as Agecroft Hall and St. John’s Church.

If organizing the collection and identifying the people and places in the photos has been daunting, the two-year process has also been intriguing. How could she find the names of people her great-grandfather photographed? Are those buildings in the background still standing? 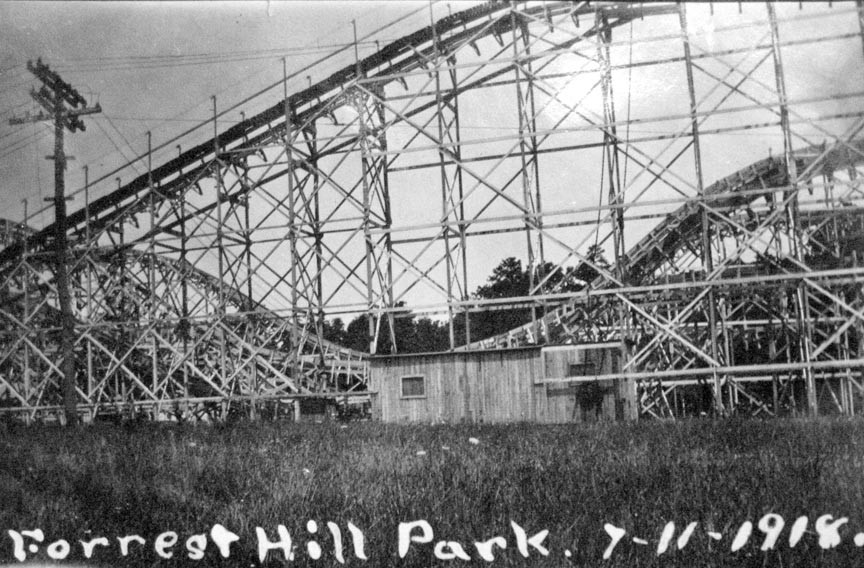 Some of the pictures capture family members and neighbors who lived in the Byrd Park, Randolph or Westhampton — now Carytown — neighborhoods near the Stilson house on Grayland Avenue. But many were taken along the Virginia Railway and Power Co. line that ran from West Leigh Street near Hermitage Road, along Clay Street and east to Chimborazo Hill.

“His documentation, identifications of the dates and people he photographed, is what everybody gets excited about,” Snow says of her great-grandfather’s careful record-keeping. She’s also discovered a number of small journals that have proven valuable in cross-referencing sometimes conflicting information.

But many of the pictures remain unidentified. Snow’s racing against time while she attempts to show the pictures to community groups and individuals who may help recall those days. 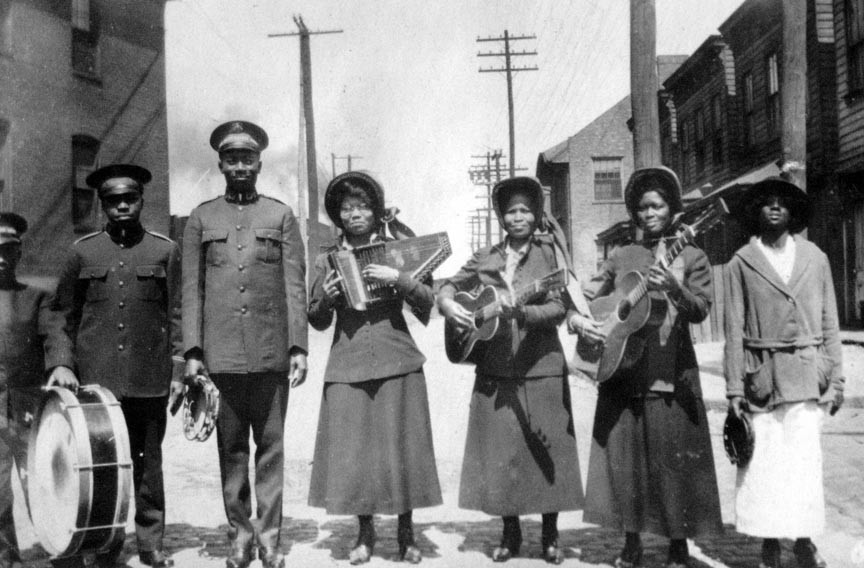 “I was showing a handful of copies of the photos to some members of a men’s club at the Weinstein Jewish Community Center when someone shouted out, ‘She’s got pictures!’ All of a sudden these old men were crowding around and grabbing photos and talking at once,” Snow says. “Then, one voice said, ‘I knew a streetcar man named Stilson.’ I whirled around and asked, ‘Who said that?’”

It was Morris Goldberg, 93, whose family owned a store in Carver at the corner of Clay and Hancock streets. “He said that when he was 9 or 10 years old my great-grandfather let him steer his streetcar.”

“You find answers even when you’re not even asking,” Snow says. “Every day I’m finding out new stuff.” 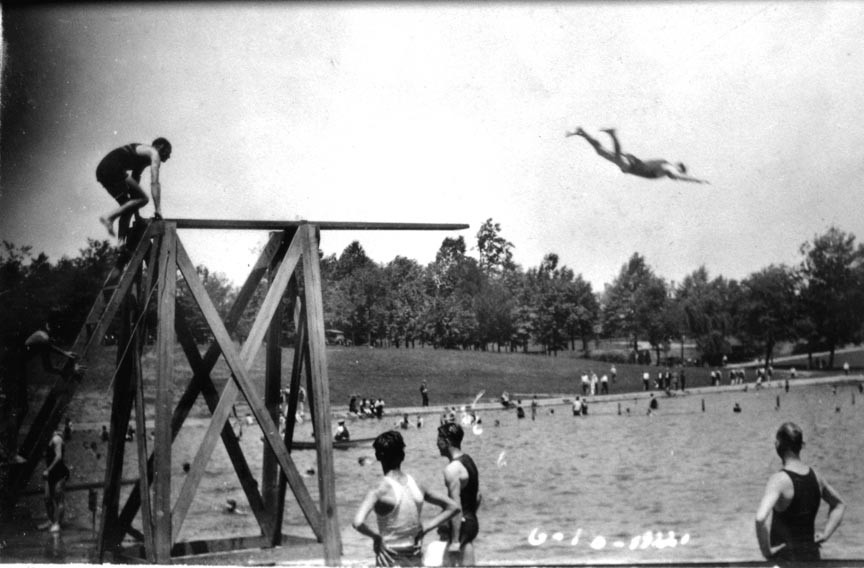 In 1907, Harris H. Stilson, then about 39, and his three children moved from Michigan to Unionville in Orange County. They arrived in Virginia in a freight car they’d shared with their livestock, including mules and chickens. After two years, however, when farming proved disastrous for the family, the Stilsons moved to Richmond and lived on Chaffin Street, now Grayland Avenue. Stilson found a job with the Virginia Railway and Power Co. the predecessor to Dominion Resources, as a streetcar operator. Ten years later, according to his records, he was being paid 25 cents an hour and might work 12 straight hours a day. Later, his two sons, Leon and Donald, also went to work for the streetcar system.

The work was hard, and bad weather regularly caused schedule delays or damage to the equipment. In 1920 Donald Stilson, Snow’s grandfather, wrote his sister: “We are still on the cars but I am getting tired of it, Pa says stick to it a while longer and then maybe we both can quit. … I don’t like the idea but suppose will have to do as he says.” 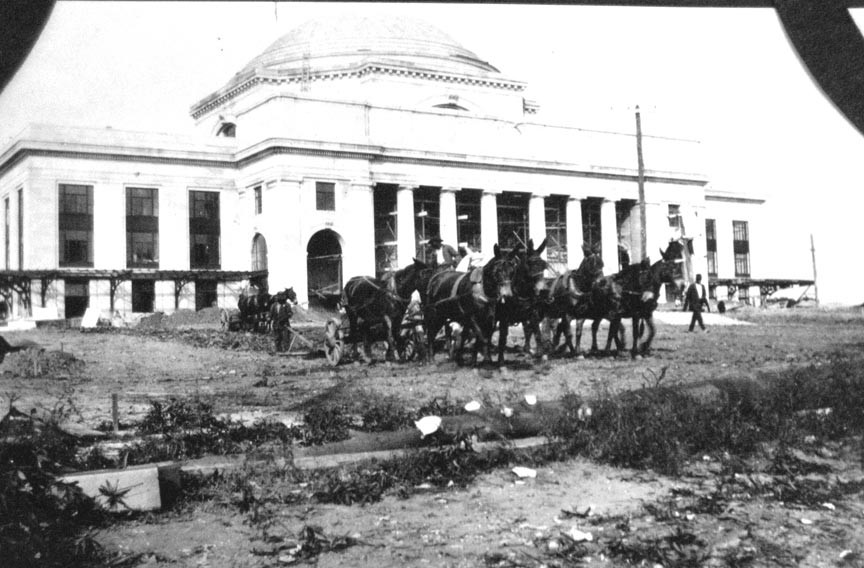 It’s clear that Harris Stilson found pleasure in the mobility his job afforded him and the ability to snap photos of the constantly changing swirl of city life while his streetcar clattered along the streets. From 1917 to 1919, he captured the Broad Street Station, now the Science Museum of Virginia, under construction. After the United States entered World War I, he photographed soldiers sprawled on the terminal’s lawn awaiting a train to Camp Lee near Petersburg for training.

One of Stilson’s most poignant images is dated May 19, 1919. It shows his son’s company returning from military service in France. But Leon isn’t among them. He was killed and buried in Europe. Today, his name is listed among the Richmond World War I dead on a memorial in Byrd Park. And yes, Stilson photographed that monument, as he did lots of others around town: the George Washington statue in Capitol Square and the unveiling of the Matthew Fontaine Maury statue on Monument Avenue.

Among the hundreds of pictures that Kitty Snow has identified are shots of two African-American schools, Virginia Union University and neighboring Hartshorn College (now demolished). There are photographs of stores and theaters on East Broad Street downtown and street scenes in Shockoe. There are photos of Byrd Park and the Byrd Theatre, the newly built Carillon, and the evocative, granite-faced Pump House. 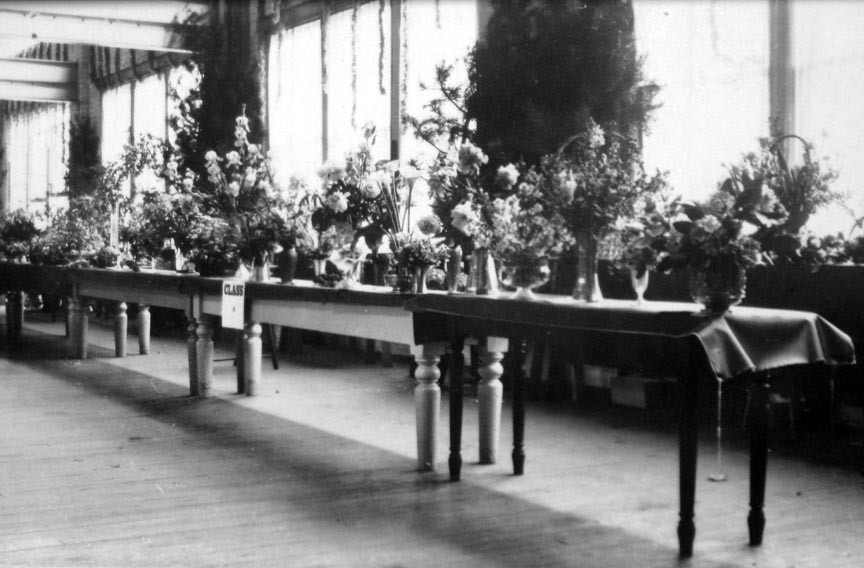 There are scenes of the wooden roller coaster at Forest Hill Park and the bustling riverfront. Stilson was fascinated by not just photographic technology, but fast-developing advances in transportation, automobiles, fire engines and airplanes.

The former Richmond Coliseum exhibition hall (now the Coliseum Lofts apartments) at 1367 W. Broad St. and the Confederate retirement home on the Boulevard are among the mostly forgotten landmarks Stilson captured. 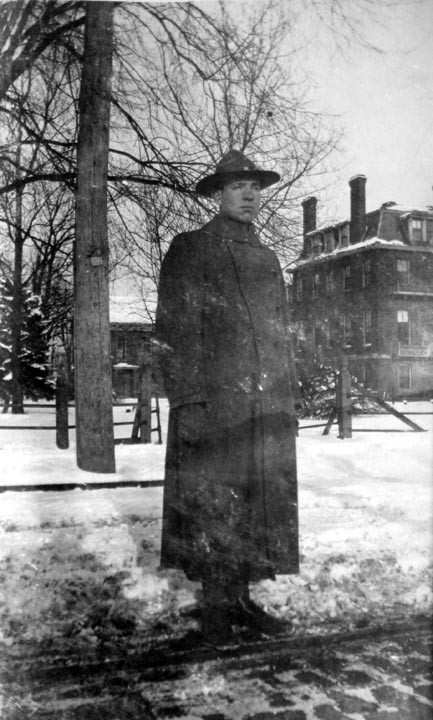 But mostly the Stilson trove is a collection of Richmond faces — young, old, black, white and Asian. He even photographed the deceased, as seen in a snapshot of one Rev. Thomas, former pastor of Newtown’s Sharon Baptist Church. He lies in repose, coffin open, amid lavish floral arrangements.

“Looking at his pictures tells the story of what life in Richmond was like,” Snow says. “He took pictures right up to the time of his death.” Stilson died of a heart attack in December 1934.

Some of Stilson’s photographs will become widely accessible for the first time later this month with the publication of a book Snow has written, “From a Richmond Streetcar.” Published by Dietz Press, it will contain some 125 photographs. She’s working on a second volume, which will be an oral history that should illuminate photographs her great-grandfather took in Jackson Ward, Carver and Newtown. 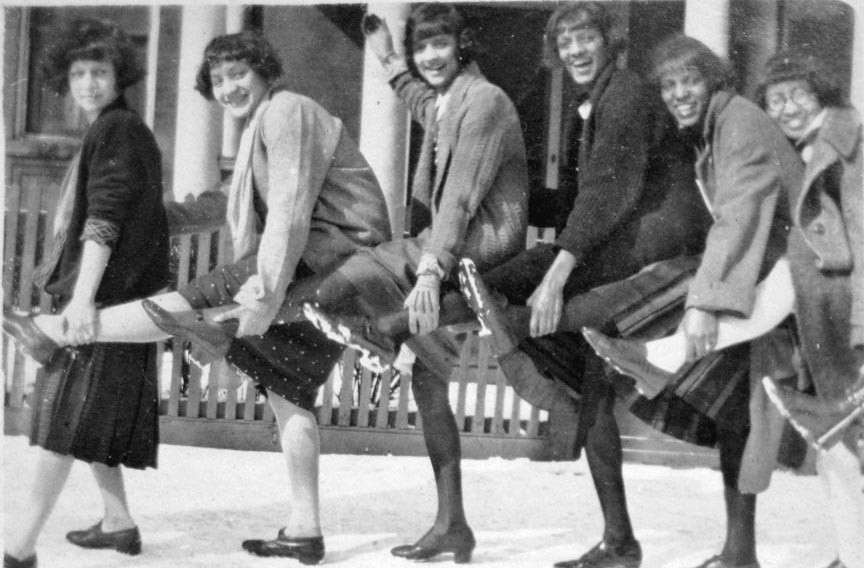 She is formalizing her research by establishing “Richmond in Sight,” an organization that’s working with the special collections and archives department of the James Branch Cabell Library at Virginia Commonwealth University to raise funds for the restoration of Stilson’s extant motion pictures. 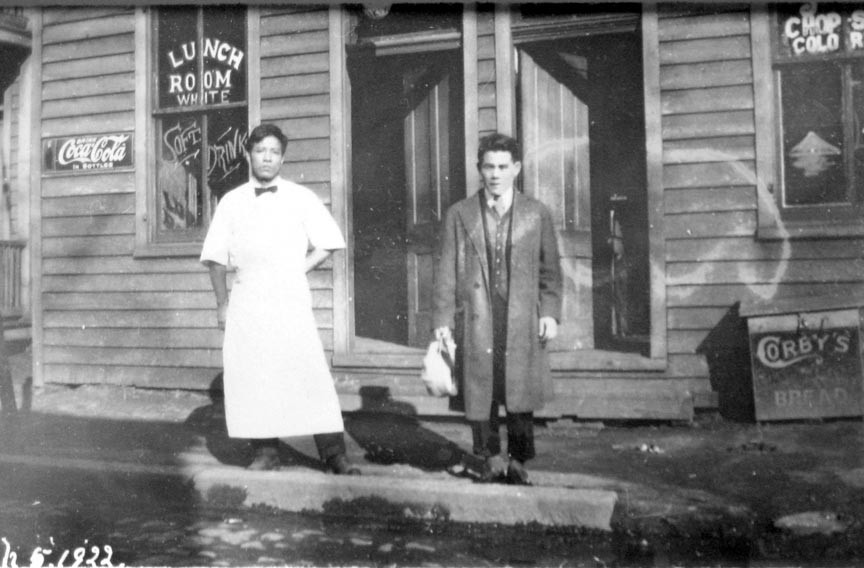 “What’s great about the films, which use a unique color film, and all the photos is that they are rare,” says Ray Bonis, archives coordinator at the university. “Stilson was not a professional photographer but a layman, and his pictures give us a sneak peek at what was going on at the time.” Bonis says the restored films eventually will go online. 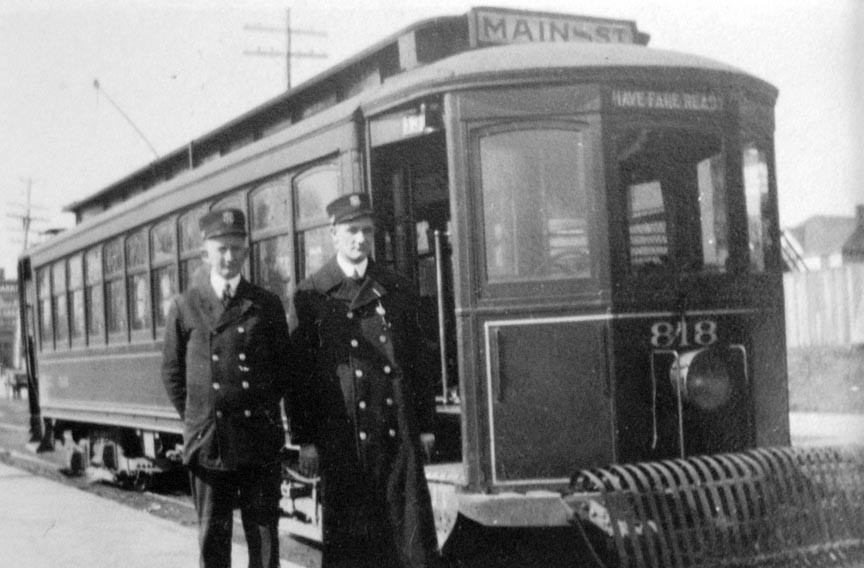 Snow continues her mission of contacting individuals and speaking to groups to shed more light on the Richmond her great-grandfather photographed.

“I recently had an email from a gentleman in his 70s offering his stories about Tarrant Drug Store and his father’s tailor shop,” Snow says. “I told him, ‘Darling, you’re too young and will have to wait, I’ve got to interview the old guys first.’ There are a lot of people over 100 in the area that I’m trying to get my hands on.”