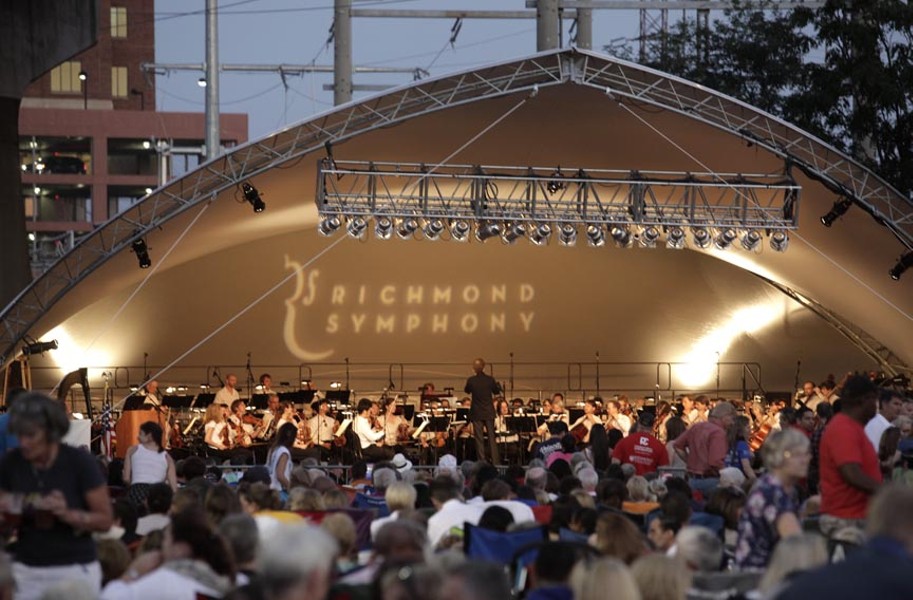 The Richmond Symphony has been using its big mobile tent to take its sounds to new audiences and unusual locations — like the upcoming concert at Abner Clay Park.

When young Florence Price enrolled in the New England Conservatory of Music at the start of the 20th century to major in piano and organ, she pretended to be Mexican.

She did so because of the stigma toward black people at the time.

Now, in the grand tradition of Jackson Ward’s cultural history as the Harlem of the South, the Richmond Symphony will play the music of classical composer Price in Abner Clay Park.

The opportunity to hear music by the first black woman to be recognized as a symphonic composer and the first to have a composition played by a major orchestra is buzz-worthy enough. But the free, three-day festival, Celebrate Jackson Ward: Past, Present and Future, offers more.

It honors the neighborhood through performances by a host of artists — and because it’s Richmond, food trucks and a beer garden. It was the symphony and the expansive new tent it acquired last year that got the ball rolling.

“It’s a really big deal, a day and a half to set it up,” the symphony’s executive director, David Fisk, says of one of the largest covered mobile stages on the East Coast. “If we’re going to take the time and effort to set it up, we want others to have a chance to use it.”

Taking advantage at Abner Clay Park will be Virginia Repertory Theatre, Elegba Folklore Society, Richmond Jazz Society and City Dance Theatre, as well as other performance groups from across Richmond. Sunday will be dedicated to faith-based choirs and dance troupes from the neighborhood, coordinated by Ebenezer Baptist Church, which is celebrating its 158th anniversary.

“It was very important for us to benefit the community and to celebrate the African-American music tradition,” says the community partnerships manager of the Richmond Symphony Orchestra, Suzanne Mallory-Parker.

The Historic Jackson Ward Civic Association signed on immediately as a partner. “It’s a chance for us to share our neighborhood with folks who don’t know its tremendous history,” says Jack Marshall, president of the association and a nine-year resident.

Self-guided tour maps will be available at the festival for visitors who want to explore beyond the park. “People can see the distinctive architecture, check out our restaurants and meet the residents to get a feel for all we have here,” Marshall says. Guided tours of the Black History Museum also will be offered.

The festival ties in with the symphony’s community engagement philosophy, encouraging community pride through music while complementing what they do in a more traditional setting.

“Music is the great equalizer,” Fisk says. “Nothing is as relaxing or accessible as a free concert in the park with neighbors.” S

“Celebrate Jackson Ward: Past, Present and Future,” is May 20-22 at Abner Clay Park at Brook Road and Clay Street. Find the full schedule at richmondsymphony.com.