The Rest of the Dream

By confining Martin Luther King's legacy to several splendid lines on one hot August afternoon, we’ve lost sight of measuring not merely the man, but the dream. 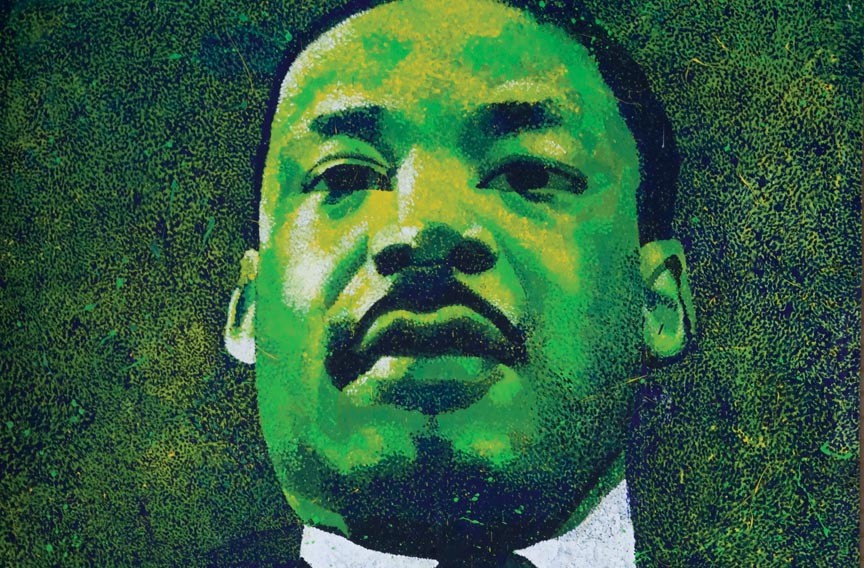 I was born roughly 12 years after Martin Luther King Jr. delivered his momentous "I Have a Dream" speech. My generation, raised on the first wave of hip-hop music and odes to Malcolm X, was angry with King. We thought his overtures to interracial cooperation were a mid-20th-century brand of "Uncle Tom-ing," what my mother's generation called "shuffling." We found it difficult to reconcile King's dream with the rise of crack cocaine, urban blight and black incarceration.

Many of my childhood friends parlayed that anger into prison, gang life, absentee fatherhood, and what Iceberg Slim called the "poison of street life." In my case, hip-hop culture not only piqued my intellectual curiosity, but also inspired me toward college and graduate school. It was there (thanks to the University of Virginia's Claudrena Harold) that I learned about a different King and realized my friends and I had digested a "Disney-fied" King.

Aug. 28 marks the 50th anniversary of King's "I Have a Dream" speech. I'd like to honor King's memory and how we remember this speech by recalling what many of us have seemingly forgotten about this defining moment in American history.

By confining this speech and King's legacy to several splendid lines on one hot August afternoon, we've lost sight of measuring not merely the man, but the dream.

"I Have a Dream," may be one of the most selectively quoted homilies in recent American history. Portions of this speech have come to symbolize what many of us think we know of King, the American civil rights movement and the spirit of American brotherhood.

King's speech in 1963 was not merely monumental because of his calls for interracial brotherhood amidst entrenched segregation. We elevate this speech above others because King evoked the politics of inclusion — an ideal essential to the American way of life. We rightfully conjure up elements of "I Have a Dream" in which King championed a brand of color-blind integration that seemed foreign to most Americans in the 1960s. We select these components of the speech to remind ourselves of what America was and to make ourselves feel better about what America has become. In many ways, we've canonized the "I Have a Dream" speech and martyred King to the point of obsolescence.

The fact is, most of us know little of this speech beyond King's appeals that Americans be judged by the "content of their character" and that black and white children be allowed to walk hand in hand.

Many of us have forgotten (in some cases, intentionally) how King chastised "the unspeakable horrors of police brutality" on that late August day. The March on Washington wasn't just about jobs; King spoke at the Mall to remind Americans about the appalling relationship between institutionalized discrimination and the perpetuation of black poverty. He argued that relegating blacks to a "lonely island of poverty in the midst of a vast ocean of material prosperity" had led to a type of vicious economic exile throughout America's black communities. This ghettoization, King believed, was well orchestrated and fundamentally contrary to blacks' upwardly mobile aspirations.

The most prominent themes in "I Have a Dream" — "the riches of freedom and the security of justice" — have been reduced to relative obscurity. But these themes were more in keeping with King's legacy as a civil rights organizer than portions of the speech that are indelibly etched in most Americans memories.

Let us use this opportunity to reflect on the King who used Christianity and the social gospel as a weapon against injustice, not merely as a vehicle for personal salvation. King spent most of his adult life defending liberal Protestantism. He believed that social systems, not just individuals, could be sinful. Let us shed more light on the King who met the sin of poverty by organizing the Poor People's Campaign and who believed that American military aggression in Vietnam was a form of economic injustice against people of color. Let us remember the King who believed economic inequality in the South was a spiritual issue. King not only spent the latter portion of the 1960s advocating Southern unionization, but also was assassinated while helping a Memphis sanitation workers' strike (the very strike that produced the famous "I am a Man" placards, which drew a direct association between equitable pay and black humanity.)

All of these elements were essential to King's purpose on that day 50 years ago in Washington. Equal economic access and the equitable distribution of justice were the foundation of King's dream, and they remain fundamental elements of civil rights activism. They comprise the cornerstone of the American democratic experiment.

If we look only at the most popular portions of "I Have a Dream," it's clear that Americans have made monumental strides toward social integration. But if we focus on King's anti-poverty crusade, his tirades against police brutality and his criticism of segregation's persistence, the measuring stick changes dramatically.

Black incarceration statistics, the rate of black poverty and the re-segregation of the America's schools and neighborhoods tell another story — one that cannot be summed up simply by associating poor, black people with laziness and pathology. This portion of King's dream, the words we too often skip past, criticizes institutional discrimination — not merely individual action. They outline a continuation of the American nightmare and my generation's struggle against the scourge of racism. S