The Race to Watch

With three Democrats, a Republican and a Libertarian hoping to replace state Sen. John Watkins, the 10th District has become one of the most competitive races in Virginia. 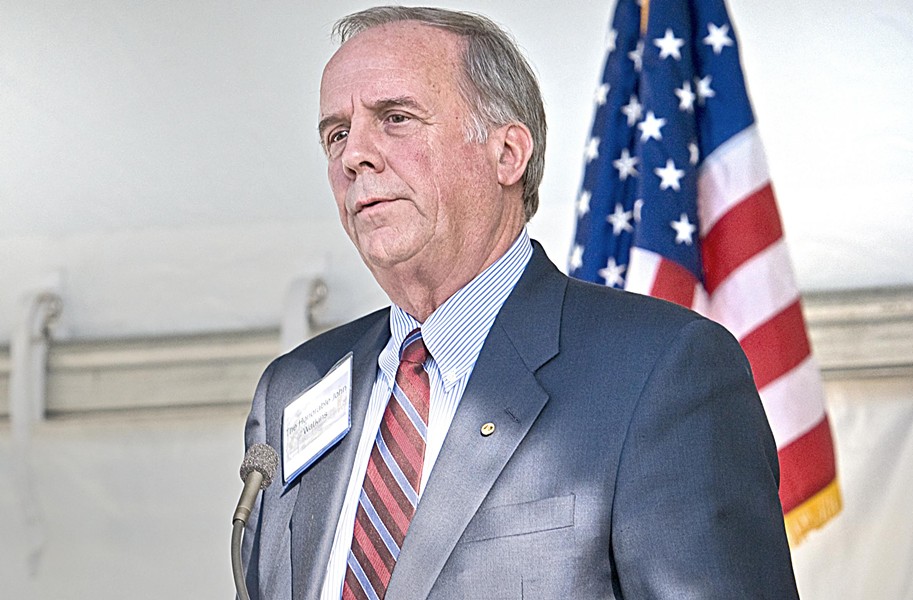 Small and slight, Emily Francis walks into C’est Le Vin restaurant in Shockoe Bottom, where her crowd has been munching tapas and chatting. A Democratic candidate for the state Senate’s 10th District, she shakes hands and nods her way through the group.

“I’m the only true progressive in the race,” says Francis, a 37-year-old consultant for a coalition of renewable energy nonprofit groups. She says her concerns are education, health care and creating jobs that pay well. “That’s what I always hear when I talk with people,” she says.

Francis, who lives in Richmond near Byrd Park, is a new kind of politician in a state that’s long been dominated by white men. In March 2012, for example, she was among 500 protesters who thronged the State Capitol grounds to protest a proposed law that would have required women seeking abortions to undergo ultrasound examinations of their wombs. Thirty-one people were arrested in the demonstration.

Francis wasn’t one of the activists taken away in handcuffs, but now she’s stirring up trouble again. She’s the dark horse candidate in one of the most important political primaries in the state.

On June 9, voters will chose among three Democrats — Francis, Dan Gecker and Alexander B. McMurtrie Jr. — for the party’s senatorial candidate in the 10th District. One of them will confront Richmond School Board member Glen Sturtevant, the Republican nominee, in November. Another candidate is Carl Loser, a 24-year-old paralegal running as a Libertarian.

Who wins the November contest is likely to determine which party runs the state Senate, which is ruled by Republicans 21-19.

“If you were to pick one district in Virginia in which the control of the Senate hinges, it is this district,” says Stephen Farnsworth, a professor of political science at the University of Mary Washington. “This is one of the most competitive races in the state.”

Add to the mix that the 10th District is an unusual mash-up of conservatives, moderates and progressives, instead of belonging to one side or the other. And consider that the departing senator has held the seat since 1998.

This is a race to watch.

Looking something like a ragged piece of a jigsaw puzzle, the district includes left-leaning sections of Richmond’s Museum District, a little of North Side and the near West End and Manchester. It then jogs over to Chesterfield County, where it includes such affluent and more conservative areas as Salisbury and parts of Brandermill and Woodlake. Much of rural Powhatan County rounds out the 10th, which some say is the bluest senatorial district to be represented by a Republican. 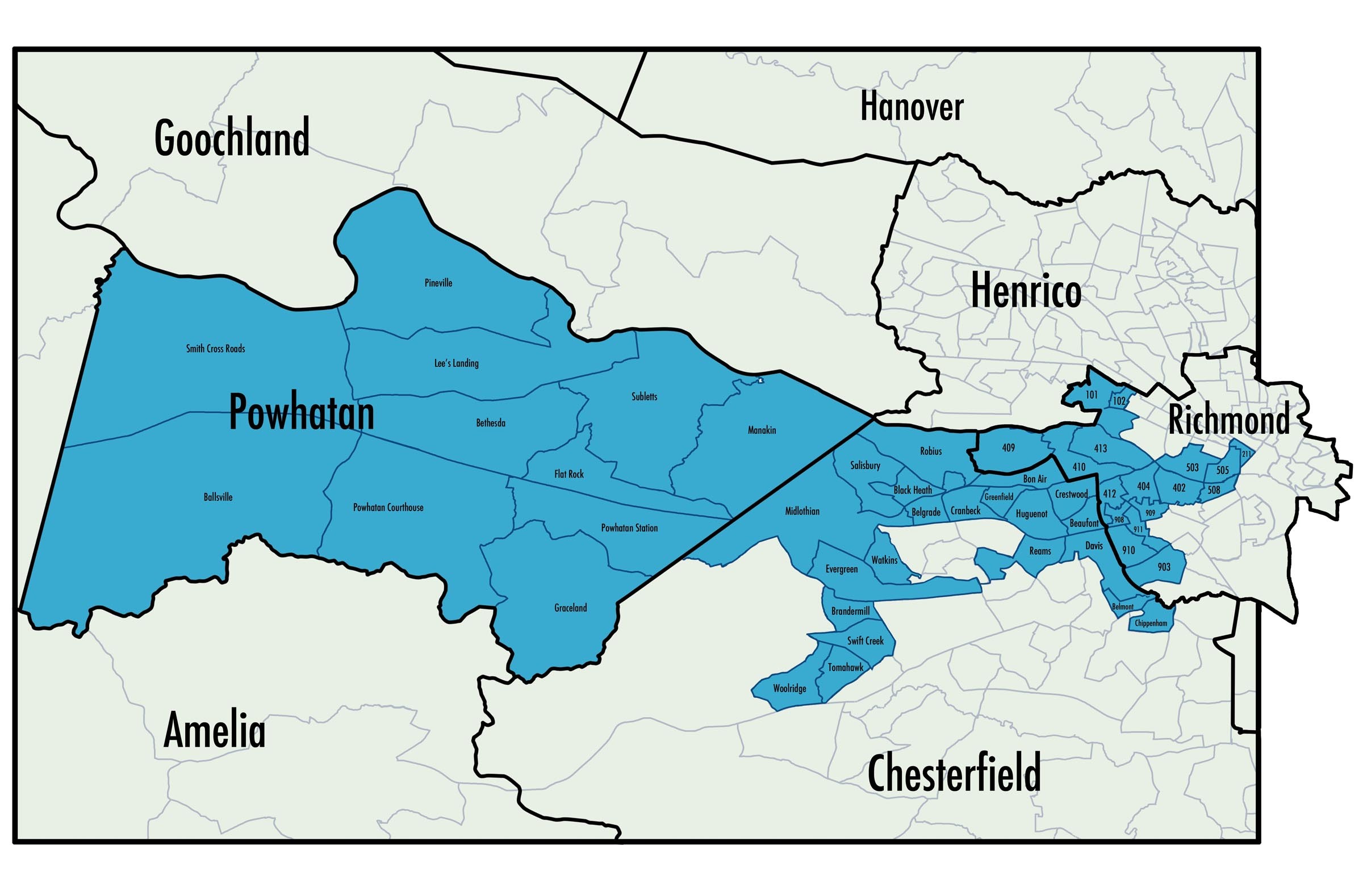 That man is John Watkins, a moderate Republican known for brokering bipartisan deals and who has been in politics for 34 years. He’s represented parts of the 10th as both delegate and senator.

“It is really going to be an interesting race,” says Watkins, who is retiring because he says he’s had enough of politics and wants to spend more time with his family. He also disapproves of the new ethics laws approved following the corruption conviction of former Gov. Bob McDonnell.

The best-funded and most influential Democratic candidate in the primary is Dan Gecker, a two-term Chesterfield County supervisor and lawyer who’s also one of the area’s best-known experts on renovating property with historic tax credits. Gecker, who’s had been an independent for most of his political career, has endorsements from Gov. Terry McAuliffe, Sen. A. Donald McEachin and the Virginia Education Association.

The third Democratic primary candidate is McMurtrie, 79, a lawyer who served in the House of Delegates in the 1970s and ’80s, and is known for his conservative views. McMurtrie, who pushes for education reform, did not return Style’s calls for comment, though he made himself available for a photo at press time.

The big question is whether McMurtrie will steal enough conservative votes from Gecker in the mixed-up district to give Francis a strong shot at winning. Political analysts Farnsworth and Richmond-based Bob Holsworth say it’s possible.

One irony is that a year ago, a primary race for the 7th Congressional District toppled a giant and got national attention. House Majority Leader Eric Cantor, a Republican and hometown favorite of the Richmond business elite, was dethroned by a tea party-backed college economics professor named Dave Brat, who claimed Cantor wasn’t conservative enough.

This time in a nearby district, the shoe literally is on the other foot. The game seems to be who is more progressive while Gecker is trapped trying to win favor from all sides, analysts say.

Gecker, 58, sits in the conference room of Urban Development Associates, a real estate company that specializes in using tax credits to develop historic properties. This venue is one example. The group in which he is a partner is headquartered in the Pace King mansion at 205 N. 19th St. It’s a fine example of antebellum Italianate architecture that was built in 1860 and later restored.

It’s just one many renovations he has spearheaded, including two governor’s schools — Maggie Walker in Richmond and Appomattox Regional in Petersburg — and the Cookie Factory Lofts in Richmond.

Born and raised in New Jersey, Gecker studied economics at Princeton. He attended law school at the College of William and Mary where he met his wife, Liz Gibbs, who convinced him to stay in Virginia. Since then he’s had a rich career.

He’s spent 16 years in public service, including stints in Chesterfield County on the Planning Commission and as a supervisor from the Midlothian District.

“I’ve still got things I want to do,” Gecker says, such as dealing with the growing income divide and investing in infrastructure.

He describes himself as a progressive who supports universal health coverage, expanding Medicaid and women’s and reproductive rights.

“People want the quality of their life improved,” he says. “They want a government that runs efficiently. They don’t want to pay more for the services they get than the services are worth. People are willing to pay for quality services.”

Transparency and ethics also are key issues, he says: “I don’t see the need for legislators to receive any gifts.” To boost openness in government, he says he’s backed efforts to stream videos of county meetings and put the county’s checkbook online.

As a planning commissioner, he says he helped move Chesterfield away from allowing leap-frogging subdivisions that tax services. As a supervisor, he says helped the county set the stage for the development of the Meadowville Technology Center in eastern Chesterfield by pushing for a interchange allowing access to Interstate 295. That cleared the way to land a fulfillment center from Amazon with about 3,000 employees.

Gecker made headlines last year when he assisted Rebkee Co., a large local developer, with a plan to build a new minor-league baseball stadium near the current ballpark, The Diamond. The ploy upset Richmond Mayor Dwight Jones and others in the city’s business elite, who are pushing to build a new stadium in Shockoe Bottom. Neither plan, however, has made much progress.

Gecker has some baggage. He’s taken hits from both the left and right for his role in the 1990s helping Kathleen Willey, a Powhatan County resident. She became a regular presence on national talk shows after accusing President Bill Clinton of groping her in the White House in 1993, when she was working as a volunteer aide. On the day of Clinton’s alleged sexual advances, her second husband, Edward E. Willey Jr., the son of a locally prominent former state senator, killed himself after suffering financial reversals.

Kathleen Willey’s claims, along with those of other women, figured in Clinton’s impeachment. The irony is that Gecker now is the favorite of the Democratic establishment — which includes McAuliffe, who has close ties to the Clintons. Such diverse media outlets as the Richmond Free Press, the liberal blog Blue Virginia and the conservative blog Bearing Drift have commented on the peculiar situation.

“Dan Gecker has routinely insisted that he was not involved in the impeachment of President Clinton,” Bearing Drift wrote. “This claim runs contrary to published accounts.”

In response, Gecker says, “My hair wasn’t gray then,” and that he “represented Mrs. Wiley in connection with financial issues long before there was an independent prosecutor [in the Clinton impeachment case].” Analyst Farnsworth says that one reason McAuliffe endorsed Gecker is to defuse the Clinton problem.

Gecker also has come under fire for telling Style in 2008 that his “political hero” was Ronald Reagan — a curious statement that his opponents have exploited.

“I filled out a form sent by Style,” he says. “I am a student of history and Ronald Reagan had an ability to communicate that I admire.” But he adds that he doesn’t respect Reagan’s trickle-down economic policies because they have led to the widening income gap among Americans.

Of the candidates, Gecker has the richest campaign chest — $230,250 — most of it coming from friends and associates in the development community. Some $60,000 of that comes from the Tax Credit Capital Federal Fund based in New Orleans. Gecker says the group has worked with him on real estate projects that involve tax credits. His company, Urban Development Associates, has given him $31,000 and Rebkee Co. has donated $25,000.