Longtime local arts teacher Myron Helfgott looks back on the occasion of his career retrospective at Anderson Gallery. 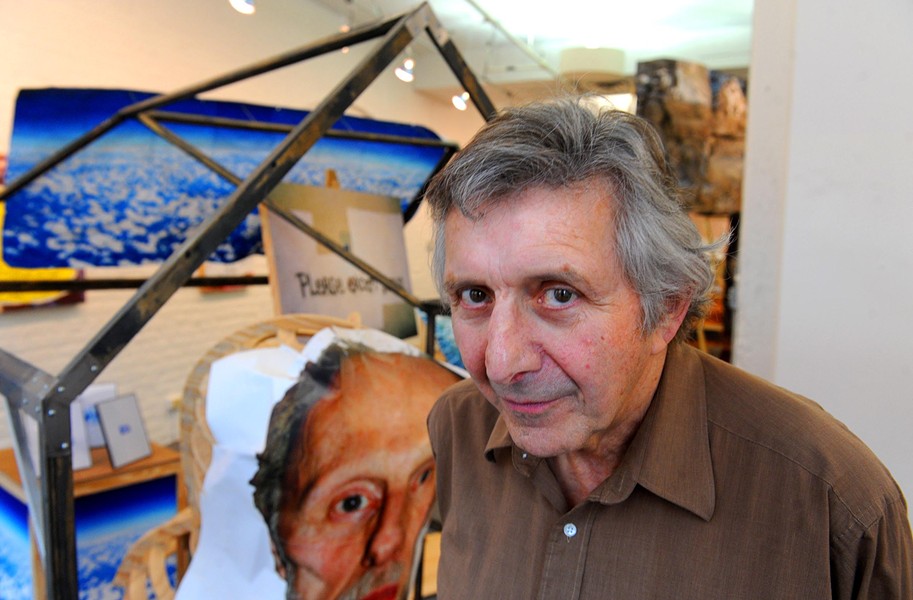 There was no liquor by the drink and race relations were noticeably more relaxed than they’d been in Chicago. Those are the two things that most surprised artist Myron Helfgott upon arriving in Richmond to teach at newly minted Virginia Commonwealth University in 1968.

“I was terrified to come South,” he recalls from his Carver condominium and studio. “But here, Main Street was black, Floyd Avenue was white, and race relations were wonderful. Everyone said good morning.”

After being fired from teaching at Northern Illinois University, he was hired to teach sculpture at VCU at a time when universities were exploding, creating demand for additional faculty. The position paid $7,400 — “a big step up for me, pay-wise,” he says — and he intended to stay three years, his usual employment tenure.

His long, local teaching career is the stuff of legend, and although he retired from the classroom more than a decade ago, his art-making continues unabated, as seen in the retrospective of his wide-ranging explorations, “An Inventory of My Thoughts” at Anderson Gallery.

Organized thematically, his retrospective exhibition mixes recent work with significant pieces selected from his work through the decades, including sculptures made not long after arriving in Richmond, some of which he’d forgotten. “When I look back at stuff I made 30 years ago,” he says, “a different person made those.”

“Discovery of the self, in all of its psychological ramifications, is perhaps the primary impulse propelling his process,” curator Ashley Kistler says. “In a way that embraces an essential relationship with the wider world.”

A self-admitted bad student, Helfgott took a strange route to becoming a sculptor. His father bribed him with a “piece-of-crap car” to go to a university. He chose architecture school because of the lack of a foreign-language requirement. And after graduating in 1960 with a degree in design, his first job was stock boy in a wholesale grocery warehouse.

His path diverged when he rented a sculptor’s house, prompting him to consider taking a sculpture class. When his wife gave him woodcarving tools for his birthday, he felt obligated to follow through.

“I was 29 by the time I got involved with sculpture, and by that point I didn’t believe a thing,” he says. “That’s the benefit of not being 18. … I threw away what they taught me.” 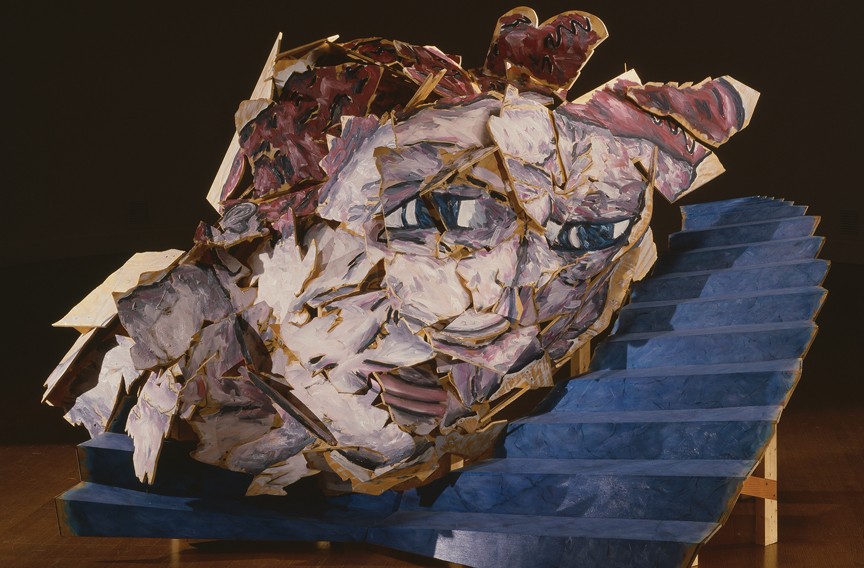 Helfgott was another well-chosen piece of an intricate puzzle to create an inter-disciplinary faculty that transformed VCU into an artistic hotbed.

“Myron had a reverence for art, not sculpture,” recalls Joe Seipel, dean of the VCU School of the Arts. “Back in those early days, a lot of sculpture faculty came from other fields. Carlton Newton was originally a poet, Elizabeth King a painter and I was doing ceramics and glass. It made for a department with a lot of interests not deeply rooted in sculpture.”

During the years Helfgott taught sculpture, the department had no fixed home.

“We were always in rental properties: an Oldsmobile dealership, an electronics shop, the Biggs building,” he says. “But I think we were teaching at the best possible time. The sculpture department was very tight, everyone liked each other.”

He taught two and a half days a week, making art and drinking wine the rest of the time.

Influenced by literature and film, by the aughts he’d introduced elements of time into his work by adding kinetics and then audio, based mostly on his own texts.

One piece came about accidentally on a flight to Miami when he began chatting with the couple beside him. En route to the Caribbean, they said they’d met working an assembly line putting together Chevy trucks and that she’d recently had breast-enhancement surgery. “They were so full of life,” he recalls, and suggested taking a photo of the three of them. As he clicked away, she licked his cheek and then pulled down her shirt to expose her new acquisitions.

At the airport, he took more pictures and later wrote and recorded what had happened, creating a multimedia installation celebrating the energy of Nick and Tina, calling it the closest to reporting he’s done. To Seipel, it’s more than that: “There’s something about his irreverence based on strong, intellectual underpinnings.”

Making the decision to retire in 2003 was easy. “I didn’t want to go back in the classroom with those students anymore,” he says. “After teachers had been blowing smoke up their asses in high school, they thought they knew too much.”

Instead, the longtime provocateur continues his mission of challenging the viewer.

“If I were teaching today, I’d do it very differently,” he says. “I’d break art into three distinct categories. Bad is full of clichés and good means everything’s in the right place. ‘What the fuck is that?’ is the only thing with any value at all. If you’re not astonished, what’s the point?” S