Notable fall movies and the trailers that sell them. 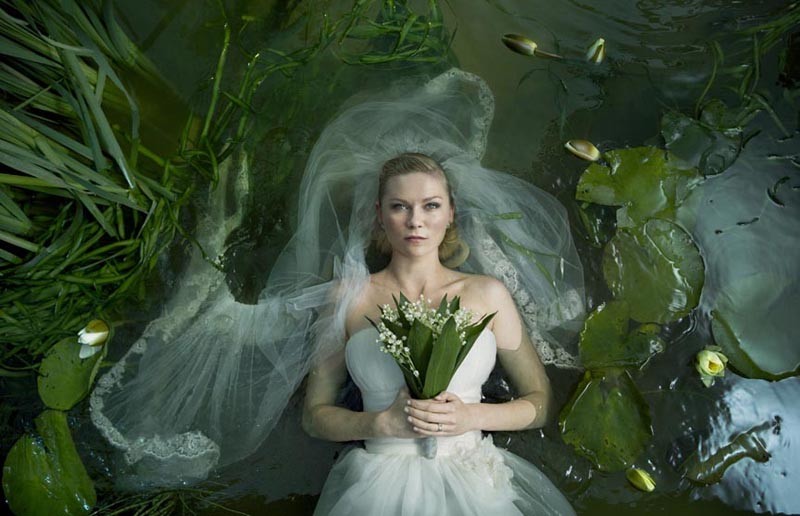 "Straw Dogs" The Sam Peckinpah classic is transplanted by Rod Lurie ("The Contender") from the English countryside to the American South, where James Marsden and Kate Bosworth play a screenwriter (of course) and his wife terrorized by locals. Trailer analysis: Please say they didn't turn Peckinpah into a cheap thriller.

"Moneyball" The modern evolution of baseball is chronicled by "Capote" director Bennett Miller, with Brad Pitt as a manager who hires ultra-nerd Jonah Hill to help overhaul the cash-strapped Oakland A's using new statistical techniques. Based on real events. Trailer analysis: as drama a ground-rule double, as comedy maybe a home run.

"Dirty Girl" Teen comedy's twist is female — a hormonal high-school girl (Juno Temple) on the make and the road, meeting many quirky characters along the way. Trailer analysis: could be up-and-comer Temple's "Legally Blonde"-Reese Witherspoon moment.

"The Thing" Will the third time be half as charming as the two previous versions of this classic snow-bound horror story? In this version the lead is female, but the alien is still an insidious impersonator. Trailer analysis: difficult to distinguish from the recent Kate Beckinsale arctic thriller, "Whiteout."

"Footloose" "Hustle and Flow" director Craig Brewer helms this remake of the Kevin Bacon classic, in which another young hero (Kenny Wormald) bucks the overbearing no-dancing ordinance of a small town. Will the minister (Dennis Quaid) win in this version with the help of a tea party town council? Trailer analysis: too much hip grinding and not enough Kenny Loggins.

"Revenge of the Electric Car" Chris Paine's 2006 documentary, "Who Killed the Electric Car," was such a revelation, such an indictment and such a sad story, it's heartening to hear of this follow-up, examining the car companies, startups and independent engineers working to bring back the gasless vehicle. Trailer analysis: makes you want one. 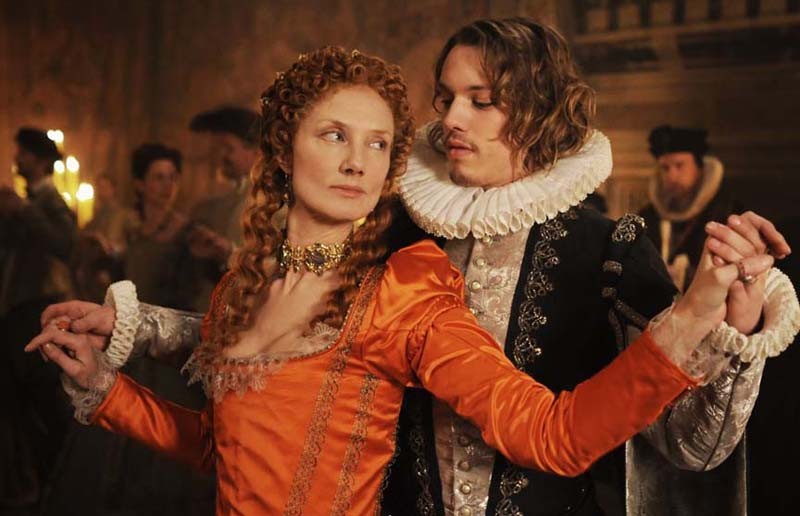 "Anonymous" Examination of "the real Shakespeare" looks like a cross between "Elizabeth," "The Da Vinci Code" and the frightfully overproduced work of director Roland Emmerich ("2012"). Trailer analysis: full of sound and fury but. ... 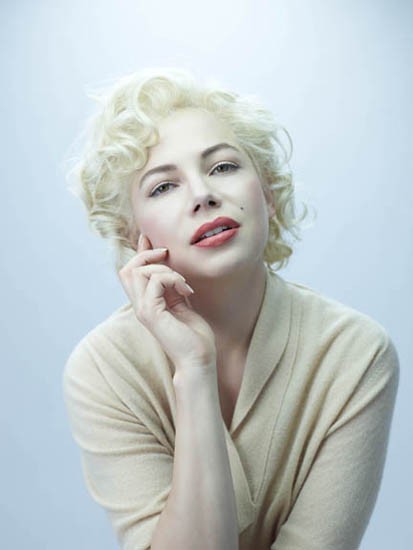 "My Week with Marilyn" Michelle Williams ("Blue Valentine") stars as M.M., who infamously disappears to tour the English countryside with a commoner (Colin Clark). Trailer analysis: Nada as of this writing, but Williams stunningly done up as Marilyn and an impressive supporting cast raise hopes for something more than a glamour-soaked rom-com.

"J. Edgar" Clint Eastwood's biopic about G-man and cross-dresser J. Edgar Hoover stars Leonardo DiCaprio as the guy who questioned the loyalty of everyone from Chaplin to Lennon. DiCaprio's leading-man status will be tested playing such a widely reviled figure, one that ends up kissing co-star Armie Hammer. Trailer analysis: only photos as of this writing (DiCaprio's hair looks weird).

"Melancholia" The movie that got Lars von Trier booted from Cannes. Kirsten Dunst leads a large and intriguing cast in a story about a large object hurtling toward Earth and threatening a wedding. Trailer analysis: overwrought and irresistible. 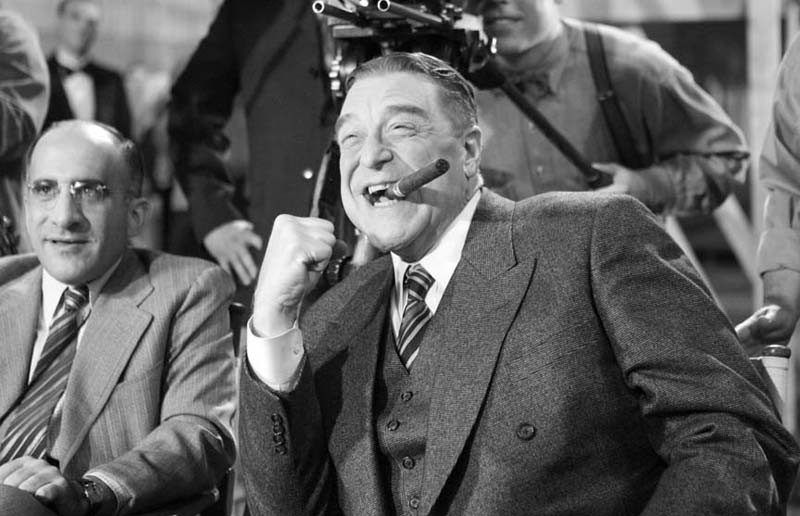 "The Artist" Definitely the only new black and white silent film you'll see this season in theaters. John Goodman costars in the movie that took Cannes by storm with its defiant retro technique, about a silent actor not looking forward to the coming of talkies. Trailer analysis: live action Sylvain Chomet.

"The Descendants" "Sideways" director Alexander Payne returns from a long hiatus with this familial story about a single father (George Clooney) trying to raise two daughters. Surprisingly not written with longtime Payne collaborator Jim Taylor. Trailer analysis: Little to go on, but it's difficult for trailers to convey the subtleties of filmmakers such as Payne. 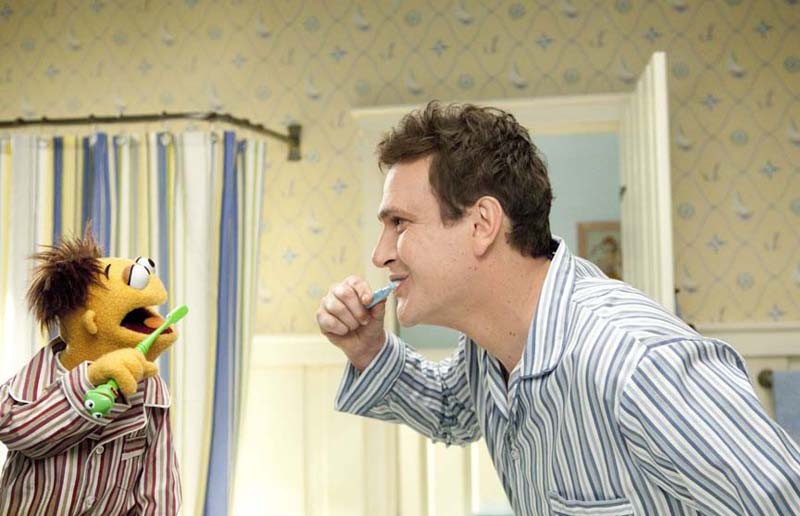 "The Muppets" Who isn't looking forward to the next Muppets movie? Oilmen. Plot of the new Muppet film, with Jason Segal and Amy Adams co-starring with Kermit and Miss Piggy, promises to instill an entire generation with the notion that oil drilling spells doom for their fuzzy friends. Trailer analysis: looks like highlights from previous Muppet movies.

"Hugo" Martin Scorsese makes a 3-D family film? Looking behind the scenes, it's not so weird. "Hugo" is based on the 2007 book "The Invention of Hugo Cabret," itself inspired by the life of film pioneer Georges Méliès, best remembered today for "A Trip to the Moon." Scorsese's love of film history has given us greatness before ("The Aviator"). Trailer analysis: decent family stuff, but if there's more it's not in the trailer.

"Coriolanus" Ralph Fiennes directs himself in this present-set adaptation of the Bard, placing the legendary general in a thoroughly modern, war-torn world. Trailer analysis: Element of obdurate militarism might make this lesser-adapted play relevant to our time.

"Young Adult" Jason Reitman and Diablo Cody reteam after "Juno" for a comic drama about a young-adult author (Charlize Theron) who returns to her hometown for some life lessons. Trailer analysis: nonexistent as of this writing, but here's hoping for less sass and more substance from the Cody-Reitman pair this time.