The Passion of Truman Capote 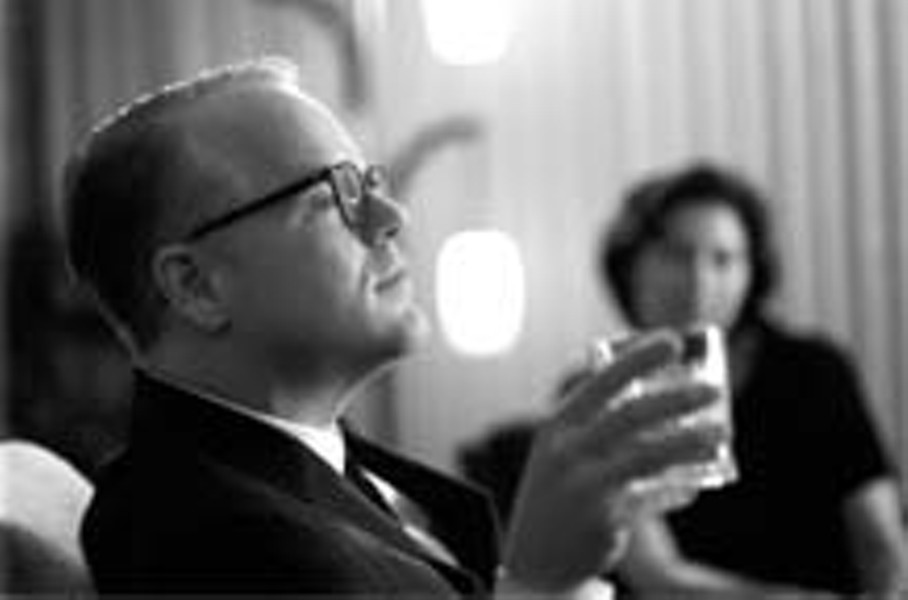 By 1959, when the action of the movie begins, Capote had left his hardscrabble Southern roots far behind. Living an openly gay life in the Eisenhower years, he had established himself as the finest prose stylist of his generation, and his tales of sensitive, wounded bohemians, like "Breakfast at Tiffany's," had enough edge to endear him to New York literary types, but not too much to scare off Hollywood studios.

When he happens upon (in The New York Times) a brief report of the grisly Kansas murders, Capote immediately phones legendary New Yorker editor William Shawn (Bob Balaban) to say that he has found his next project. He feels weirdly certain that he was born to write this story, but once he insinuates himself into the life of one of the killers, and even comes to identify with him, we discover that he was born to be undone by this story. He never completed another book.

As embodied by Hoffman, Capote emerges as an extraordinary, fully realized bundle of contradictions held together by sheer willpower and gallons of booze. When he's trying to wheedle information from a scared teenage friend of the Clutters, he tries to win her sympathy by portraying himself as a victim of others' moralizing judgments. But when he encounters the local police (Chris Cooper among them), he wears his effeminacy like a badge, answering a stare that his fabulous tailoring has provoked by pointing to his elegant muffler and chirping, "Bergdorf's."

At the center of the film, however, is a series of extraordinary scenes in which Capote encounters Perry Smith (Clifton Collins Jr.), one of two men convicted of the crime. Smith turns out to be surprisingly sensitive, thoughtful and, when it comes to the details of the crime, evasive.

What emerges is an extraordinary, unclassifiable relationship. Playing the parts of teacher, seducer, confessor and prosecutor by turns, Capote changes his tack moment by moment in his increasingly desperate attempts to gain Smith's confidence before the killer is executed. Capote himself finds Smith a lawyer to handle the appeals, partly because he's half in love with Smith and partly because he needs to keep him alive long enough to get his story.

But if the book is ever to have an ending, Capote also needs Smith to die. Hoffman's ability to transmit the mixed motives tearing Capote apart, without ever resorting to easy melodramatic gestures, is little short of miraculous. Asked if, as his early drafts suggest, he esteems the murderer, all Capote can manage is the flustered response, "Well ... he's a gold mine." But Hoffman's expression tells a different story.

Also contributing to Capote's torment is the triumph of his friend from childhood, Harper Lee (Catherine Keener). While Capote is disintegrating, "To Kill a Mockingbird" is published, filmed and turned into an instant classic, all to his evident disgust. He is supposed to be the famous one. All he can give to his partner of many years (Bruce Greenwood) is an embarrassed affection. Increasingly, he's at ease only at the superbly re-created New York City literary parties, surrounded by an audience who cling to every dishy word that falls from his lips while craning their necks to see if Norman, Gore or Tennessee is passing by. Seldom has fame been so successfully portrayed as an arena of glamorous horror.

"Capote" also benefits from the austere palette of cinematographer Adam Kimmel, who transforms the Manhattan skyline into a brooding mass and the prairie into what could pass for a scene of biblical desolation. When the action shifts to a vacation on the Spanish coast, the dazzling blues and greens come as a shock. Clearly this is where Capote could be really, simply happy. But in this sunny world there's nothing to write about. He quickly abandons it. (R) 98 mins. ***** S