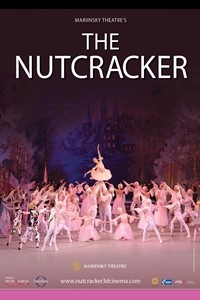 NCM Fathom and More2Screen are excited to offer a truly beloved Christmas favorite this Holiday season. "The Nutcracker" Ballet returns to Fathom theatres nationwide. The Russian Imperial Mariinsky Theatre was the original home to Tchaikovsky's The Nutcracker in 1892, when it made its worldwide debut. Fathom is proud to announce that this year's 2012 Annual Nutcracker returns to its Russian roots and will be presented by the world renowned Mariinsky Ballet troupe. The program was captured over three performances during the end of last year's Holiday season on December 29th, 30th and 31st, 2011.

Sorry there are no upcoming showtimes for The Nutcracker Mariinsky Ballet