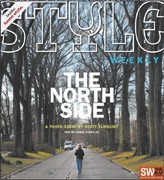 Where Richmond Lives: The second in a series exploring the changing regional landscape. Editors' note: As part of Style Weekly's 25th anniversary, the editorial team is devoting special coverage to significant changes under way in the Richmond region. This occasional series through 2007 on housing, transportation and shifting demo- graphics will explore the community's new directions, opportunities and challenges.

"How do you get to North Side?" a West End matron once inquired of me, with an air that it had never occurred to her, nor had she ever had reason to visit that part of town.

North Side is relatively isolated and quietly residential. It is separated from downtown, the East End and the West End by rusting train tracks and eroding ravines.

Bridges connect it to other neighborhoods: Westwood Avenue ascends Acca Bridge to connect with the near West End. A bridge over Lombardy Street spans Bacon's Quarter Branch near Virginia Union University, linking North Side with Carver and the Fan. Chamberlayne Avenue flies south over the interstate to become Belvidere Street, which skirts downtown. A high bridge connects Highland Park's Fourth Avenue with North Jackson Ward.

But something else distinguishes North Side: It is Richmond's only quadrant that doesn't enjoy James River frontage. North Side is a plateau — flat, high and dry. Well, flat, high and usually dry. North Side homeowners swap stories regularly about how their basements can hold water. And the recent flooding in Battery Park was a horror to imagine, to say nothing of experiencing.

In Richmond's earliest years the farmlands that once flanked what is today Brook Road were marshy and treacherous. Paying travelers, however, could take the built-up Brook Turnpike out of town to reach the Mountain Road if their destination was Orange or Albemarle counties. This unpaved turnpike was extended northward to Ashland and later to the South Anna River beyond.

By the late 1800s, visionary Richmonders such as industrialist Lewis Ginter, Dr. Hunter McGuire and publisher Joseph Bryan had built country houses along Brook Road. And by the turn of the last century, because North Side was so flat, streetcars were economically viable and transformed the flat landscape into a suburban Arcadia.

Barton Heights and Ginter Park were among the city's first streetcar neighborhoods. Chamberlayne Avenue, with its tree-lined median strip, mimicked Monument Avenue (but with half-acre lots, eclectic architecture and no Confederate visages) and was the showplace of the short-lived town of Ginter Park.

John Garland Pollard was Ginter Park's first and only mayor and later served as Virginia's beloved Depression-era governor. The only other Richmond citizens ever elected governor, L. Douglas Wilder and Tim Kaine, were also residents of Ginter Park. And like Pollard, the title of "mayor" is on their resumés.

North Side houses the campuses of a number of Richmond's educational, theological and medical institutions. In addition to Virginia Union, there is the Baptist Theological Seminary and Union-PSCE, a training ground for Presbyterian theologians. Because of the latter, Ginter Park is often called "The Presbyterian Ghetto."

Children's Hospital, whose architecture recalls the Hospital of the Innocents, Brunelleschi's Renaissance masterpiece in Florence, has been a Brook Road landmark for almost a century.

Less handsomely, today Chamberlayne Avenue shows the scars of our automobile culture. By the 1920s it had become U.S. Highway 1, which carried traffic from Maine to Miami. Grand old manses became tourist homes (a forgotten form of hostelry). Then, in 1957, with the completion of the Richmond-Petersburg toll road, tractor-trailer trucks veered onto Chamberlayne to avoid the stop-and-go of toll booths. Their noise and exhaust further drove off homeowners.

By the end of the 20th century, while other North Side streets held their character and were attracting a new generation of homeowners, Chamberlayne Avenue's stately homes had been replaced by a numbing architectural parade of low-rise apartment buildings.

North Side's early neighborhoods had developed without the amenities that would make later suburbs so desirable. They were built ahead of the curve that made golf courses, tennis courts and shopping centers essential to American lifestyles.

But North Side did have some modest retail strips. Brookland Park Boulevard, connecting Ginter Park with Highland Park, boasted shops housed in modest Rudolph Valentino-era Mediterranean buildings: The Brookland Theater was Highland Park's neighborhood cinema. In Bellevue on MacArthur Avenue, the Bellevue Theater entertained patrons from that neighborhood. After decades of neglect, both Brookland Park Boulevard and MacArthur Avenue are experiencing an economic revival.

North Side has had its characters and iconic figures. For decades, suffragettes Adele Clarke and Willoughby Ions lived together (like their contemporaries Alice B. Toklas and Gertrude Stein) in genteel modesty on Chamberlayne Avenue. Artists Bell Worsham and portraitist David Silvette lived and worked just blocks apart for decades (Silvette painted the only from-life likeness of F. Scott Fitzgerald, which hangs in the National Portrait Gallery in Washington, D.C.). Pianists Florence Robertson and Sarah Landrum were friends and lived here. The latter was a storied piano teacher whose recitals honored specific classical composers. Her students performed in period garb depicting such figures such as Mozart or Beethoven. She always played the grandest, bejeweled parts herself, like Empress Maria Theresa of Austria, composer Haydn's patron.

Dancer Julia Mildred Harper taught generations of North Siders the latest and most discreet dances at her cotillion on Walton Avenue. Academy Award-winners and brother and sister Shirley MacLaine and Warren Beatty studied with her (although they lived in Westhampton). A once wildly famous, now-forgotten movie star of the silent era, Billy Haines, built his mother a Mediterranean-style house on Bellevue Avenue. Writer Tom Wolfe grew up on Confederate Avenue.

Although North Side is traditionally quiet, it is not without its innovations. Azalea Mall, Richmond's first enclosed mall, was opened in 1963 and housed a Thalhimers as well as something new at the time, a discount store, Woolco. The mall has since been demolished, and the spot is now visited most frequently by skateboarders.

In fact, the West End matron who once asked, "How do you get to North Side" now lives there, at Westminster Canterbury. S