The 2012 Richmond mayoral race is over, but what can we expect from the candidates of 2016? 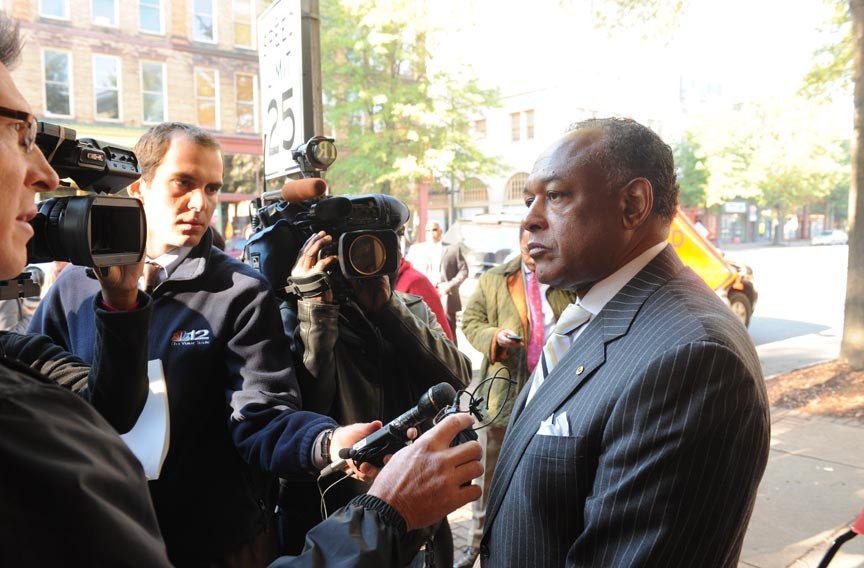 With the mayoral election decided — Mayor Dwight Jones (No. 2) is running unopposed this fall — the city's political future officially is on hold.

But there's good reason to begin the speculation for 2016. Jones, who took office in 2009, can serve only two terms, which means there will be a fresh slate. Two of the most likely candidates are City Councilman Bruce Tyler (No. 27) and Jones' senior policy adviser, David Hicks (No. 13).

Both make significant jumps on the Power List primarily because their potential candidacies will have considerable impact on city politics during the next four years. Hicks already is a key driver of the Jones agenda — he's the architect of the mayor's School Board attack earlier this year — and Tyler has firmly established himself as the mayor's loudest critic and counterweight.

If the mayor continues to bungle projects (see the City Jail procurement, juvenile-detention center debacle and the lagging plans for a new ballpark) Hicks will carry the burden in the next election, so there's plenty of motivation to steer straight. Tyler, meanwhile, is learning to soften his sometimes rough edges, and is gaining respect as the often level-headed, business-first voice of reason.

There are other possibilities. Former City Councilman Bill Pantele is said to be sniffing around at a possible run. He ran against Jones in 2008, and nearly beat him, but it's been years since he's held office, and he no longer has the platform of a councilman.

Tyler and Pantele are white, business-establishment candidates, however, which is an obstacle in a majority black city. Hicks, who is black and served as Richmond's commonwealth's attorney for 12 years, hasn't had to run a competitive campaign in nearly two decades.

Other potential candidates include Commonwealth's Attorney Michael Herring (No. 32), a young prosecutor who's well liked in both the legal and business communities. And City Councilman Marty Jewell, known for folksy and often effective tirades on City Council, also could throw his hat in the race. But for now, it's Hicks' race to lose. — Scott Bass