A look at some rising players in Richmond’s jazz scene. 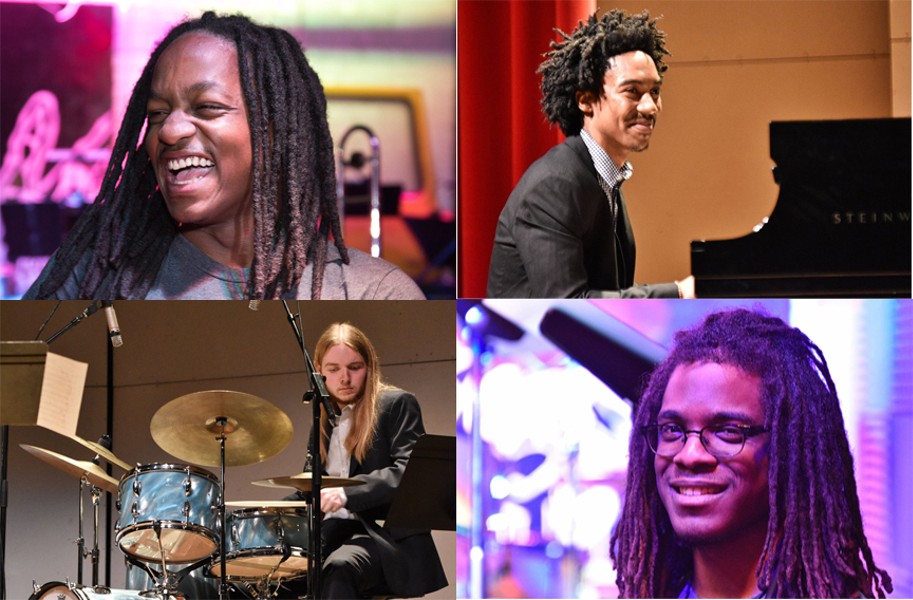 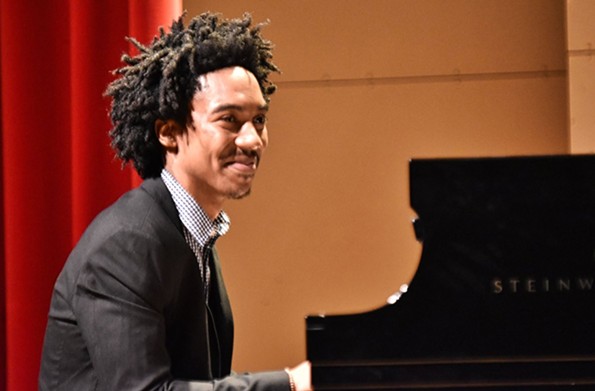 Accomplished young pianist Ayinde Williams is on a less orthodox musical journey. After studies at the Manhattan School of Music and Virginia Commonwealth University, he's left formal education behind. "I have never been concerned about a music degree," Williams says. "I am more interested in finding my own voice."

His earliest interest was the djembe, a West African drum. When he was 11, his mother forced him to take piano lessons. "At first, I didn't want to play piano. I hated it for the first two or three months. Then something changed. It clicked. I realized I had control of everything, dynamics, harmony, rhythm. It's the ultimate instrument, [encompassing] percussion, melody, strings." Despite taking up the instrument as a pre-teen, Williams considers himself a late starter. "A lot of my peers have been playing since they were 3 or 4."

But the real challenge is the instrument, not the competition.

"I'm a student for life. There is no mastering the piano," Williams says. "Even if you had 20 lifetimes, you can't learn it all." His pursuit continues in groups around town, and as pianist at John D'earth's Thursday night band at Miller's in Charlottesville, arguably Virginia's premier jazz gig.

"Right now," Williams says, "my philosophy on life is from [trumpeter] Roy Hargrove: 'If you take care of the music, it will take care of you.' I am doing a lot of deep listening, deep practicing, absorbing the lessons and paying tribute to the masters of the past. If you are serious, the other stuff will come."

Bryan Connolly, who graduates from the VCU jazz program this spring, started learning the drums before he went to middle school. The Appomattox Governor's School for the Arts and Technology was too small for a marching band, so he played in the jazz band and filled in as percussionist in the student orchestra. The Richmond music scene was a big factor in his choice of university.

"The Spacebomb stuff was just happening then," Connolly says. "I loved Matthew E. White's 'Big Inner," when I was a junior. And the Natalie Prass record. And I knew a lot of those people came through the program. I wanted to be part of that."

The dream changed when he became immersed in the program.

"I had not idea that it would put me on this path, trying to get deeper into understanding the jazz tradition. I am doing my best to pay respect to that." He gives credit to professor Tony Martucci for opening up the long history of the drums, and Doug Richards for opening his ears. "[Richards'] Duke Ellington seminar was maybe the most important course I took the spring of my sophomore year. It showed me how much more there was to listen to, even in music you've heard over and over."

After graduation he's staying around town, at least for a while.

"I'll have to figure out a way to make money," he says. "And to play more, both of my own music and with people in the community, like Mike Hawkins, who are not students. This is a really inspiring place, there is a lot going on."

The trajectory of Bon Air-born Chet Frierson's creative life was set in third grade when he switched from piano to saxophone. Throughout his years in the Richmond Public Schools he was a band kid, marching, hanging out in the music room and immersed in melody and rhythm. He studied jazz at VCU, graduated last year, and now is carving out a solid niche on the local scene. He's a member of several bands, including Weekend Plans and Brunswick, often appears with eminent local bassist Michael Hawkins, and leads his own bands with his chronological contemporaries. The future is unwritten, but he has a plan.

"I want to get to a point where I can be fulfilled emotionally and financially," Frierson says. "It's two opposite things. I want to write and arrange music, have my own group, tour and play. To experience a musician's life from a bunch of angles, and to be able to have a family."

For now, his balance is between doing back-of-house work at District 5 and looking forward to getting back on the lucrative wedding-band circuit as nuptials come back into season. And advancing his own voice in the vital Richmond musical conversation.

"I do the Facebook thing, let the world know when I am playing," Frierson says. "I am lucky enough to have people who want to listen."

Nathanael (Nate) Clark grew up in Woodbridge, a Washington bedroom community known more for quiet, upscale neighborhoods than a dynamic music scene. After finding out that he was not a born trumpeter in middle school, he switched to reeds. "My older brother played clarinet," Clark says, "so I went with alto saxophone."

He majored in jazz studies at VCU and liked it from the beginning. "When I was a freshman, there were students there like Trey Sorrells and Logan Beaver, who could really play the saxophone," he says. The experience was daunting, as when he was tasked with sight-reading unfamiliar music by the intimidatingly brilliant Doug Richards. "I left that class pretty beaten down. I knew I had to meet a whole new standard."

Now he's a regular on the local scene. Like Frierson, he plays in Weekend Plans, and often shows up in the lineup of pop-up groups at Ellwood Thompson Local Market or Vagabond.

"I enjoy working [my day job] at BK Music on South Side," Clark says. "But I would love to make all my income making music. My goal used to be to tour, but now I am not so sure. I'm happy when I am playing with people I like and admire. Such great friends, so much history, creates a wonderful chemistry."