Amid the 2004 influx of eating options, restaurants struggle to find the right mix to stay in business. 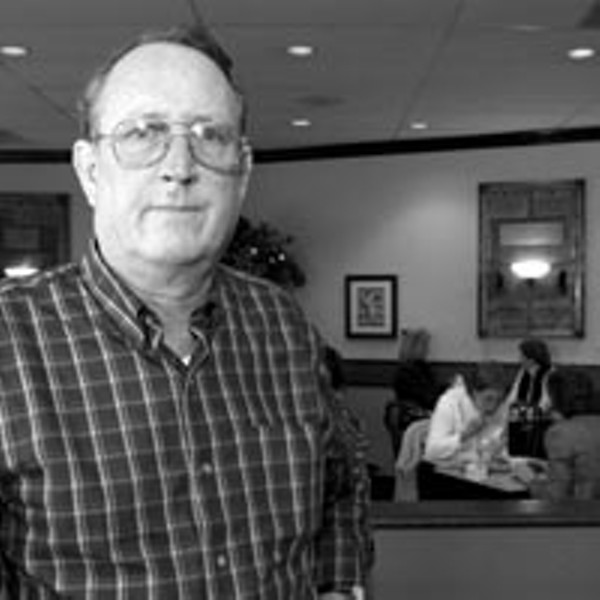 Ironically, several of the establishments that closed in the face of the new competition were themselves owned by chains. On West Broad Street, three of them — Hops, Rock-Ola Café and the Crab House — served their last meals in the fall, all directly along the route that leads to the Short Pump Town Center, where more than a dozen new chains have sprouted in the last 16 months.

Others, both locally and corporately owned, managed to hang on during the holiday season when there was enough business for almost everyone. But now that the lean days of winter have settled in, the reality test begins.

Conventional wisdom says that the first to fall will be locally owned restaurants that have been gliding along, content to provide jobs for their owners and employees on the strength of regular customers.

But there are indications that even some of the better, more innovative operators are struggling to stay in the red, with sales down 10 percent or more.

At Bistro R, which has won praise as "a culinary gem" by one critic, owner Ron Wells says sales are off 30 percent. "I can't live with that," he says. Wells noticed an uptick in recent weeks, saying that "perhaps some of that new stuff is wearing off." He says he is determined to stay and fight.

The shock waves created by the glitzy chains have spread far beyond Short Pump and, to a lesser extent, the Stony Point Fashion Park.

Dale Reitzer, who owns two restaurants in Richmond, says high-volume chains such as Maggiano's, P.F. Chang's China Bistro and the latest 800-pound elephant, The Cheesecake Factory, have turned weekends at his Acacia and Six Burner into mediocre nights.

While the wait for a table can be two hours or more at the most popular chains, tables are available for the asking elsewhere. "It's great for the customers," says Reitzer, who was named one of the 10 best new chefs in America a few years ago, "because they can get served [elsewhere] anytime they want."

One diner found that he was able to be seated immediately at about 8 o'clock on a Friday night at Mamma Zu's, where the line usually begins to form outside the door three hours earlier. "What's more," he adds, "the service was courteous," a slam at the "attitude" often encountered at the grungy-looking place in Oregon Hill, which diners put up with to savor the best Italian food in the region.

Some owner-operators, such as Kirk and Blade Poore at Shackleford's, one of the family-owned establishments closest to Short Pump, are aggressively wooing customers with special promotions. With sales off 8 percent going into the holidays, the Poore brothers mailed $10 gift certificates to 25,000 homes in their 23233 ZIP code, which produced a healthy 13 percent return and record business during Christmas week.

Even being on the perimeter of a mall isn't a guarantee of survival. Kevin Kaczmarek, co-owner of the stylish Short Pump Grill, gave up in the summer after two years in business in a free-standing building facing the megaplex Regal Short Pump 14.

One possible source of relief for mom-and-pop owners could come in the form of closures by some of the newcomers. Corporate operators, like all good merchandisers, say business is good until the day they pull the plug, but there has been little difficulty getting reservations at the top-dollar spots such as the Copper Grill at Short Pump or Fleming's Prime Steak House at Stony Point.

Reitzer estimates that 10 to 15 percent of his customers sampled the chains in 2004, but most have returned. In addition to fighting the new competition, Reitzer had to battle the perception that Acacia, which serves innovative cuisine in Carytown, is "expensive and snobby." To counter that, he extended the early-bird special (choice of a three-course meal for $20) through the evening on weeknights.

Local owner-chefs can't help feeling underappreciated, or resentful, by the public's positive response to the chains. "They're huge and they just keep coming," Reitzer says. They "look nice and give a good show," he says, "but they get $9 for a plate of Buffalo wings that cost them a dollar, while for the same price we can give you tuna tartar."

Claiborne Thomasson, who owns the Ruth's Chris franchise in the Shoppes at Bellgrade and the Bottega Bistro next door, estimates that 3,000 new restaurant seats were added within a nine-mile radius of his South Side restaurants since the malls opened in September 2003.

"If you thought about that, it could scare you to death," says Thomasson, who also had to weather the opening of a Morton's steakhouse downtown last year.

"There's always that magical moment when a new restaurant opens and your customers flock to it," he says, "and here it happened almost simultaneously" with dozens of places. Before that influx, Thomasson says, Richmond restaurants were lagging behind those of cities of a similar size, and then got an overnight jolt.

That shock was felt significantly at his Bottega Bistro, and to a lesser extent at Ruth's Chris, "but it wasn't as bad as we anticipated," he says. "Now we're working to earn back our customers." By year's end, sales at Ruth's Chris had climbed a bit over the previous year, but remained down some at Bottega. Still, Thomasson is optimistic about 2005. "We're budgeting growth at both our places," he says.

He's not the only optimist on the local restaurant scene. New, locally owned places pop up almost as soon as others close. Perhaps the most ambitious of the new ventures is a French bistro scheduled to open Jan. 17 in the Cary Court Shopping Center by Chris Ripp, son of Richard Ripp, whose Restaurant Company owns most of the fast-food Arby's in the Richmond area.

And perhaps the name of Ripp's restaurant says it all: Can Can. S