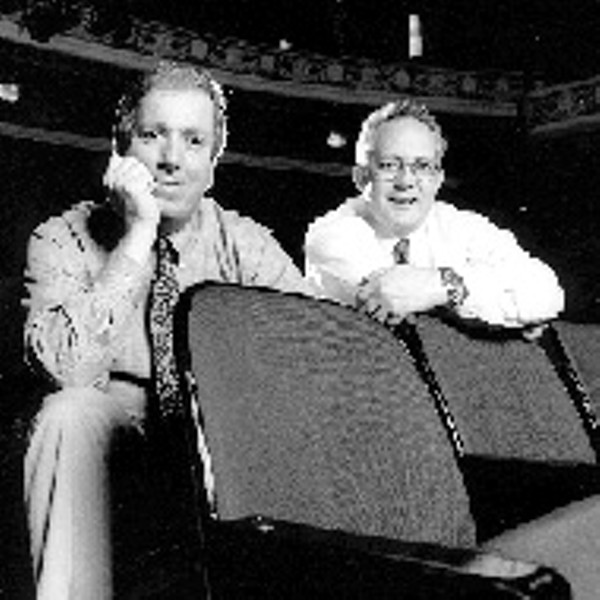 The seeds were planted well before this season, but the repercussions are just beginning. Local theater professionals are worried about how it will affect performing arts in the community.

St. Peter, who recently won a Princess Grace Award because of the relevance and introspection of his work, says local theater thrived in the mid-'90s with established groups and growing fringe companies.

"It seemed like there was a chance of putting Richmond on the map as far as it being an exciting theater town," he says. "But the fact that the Barksdale had to be saved and TheatreVirginia died all in two years, it's kind of distressing."

St. Peter says he will inevitably be forced to leave Richmond in search of work.

Local equity actor Michael Gooding was to appear in a TheatreVirginia production in the spring. He echoes St. Peter's sentiment. "For the artists and the employees it's going to result in a lot of relocating, and for me, it just means more time spent out of town than I'd like."

What set TheatreVirginia apart from the Barksdale, Firehouse Theatre Company and others in the city was that it was Richmond's only professional equity theater. As such, it was a member of a consortium of leading regional theaters called the League of Resident Theatres (LORT).

As such, TheatreVirginia was required to hire a certain percentage of equity actors and union designers, and pay them a certain wage. They had to pay more for the rights to plays, but in turn could demand higher ticket prices as a LORT theater and in theory turn out more professional work.

"I think it's devastating," says actor and former Firehouse Theatre Company board member Christopher Dunn, "because we had an equity theater in town it attracted theater professionals — not just actors, but designers, lighting, set designers, technicians — who could count on TheatreVirginia for a living wage.

"The average theater patron may not be aware of the contribution those professional actors make to the smaller theaters in town for reduced rates."

Richmond's theater community is talking about a replacement. Some eyes are on Bruce Miller and Phil Whiteway.

In the summer of 2001, the Theatre IV co-founders partnered with the Barksdale Theatre to help pull that organization out of debt. In just two years, they successfully reduced the Barksdale's debt by more than half and todayit's the closest thing Richmond has to a professional theater.

Was the same offer given to TheatreVirginia in its final days? Miller, Theatre IV's artistic director, declines to say.

"I love that theater," he says. "Do I wish that we could have played a role in keeping it alive? Sure, but that doesn't mean that I have anything negative to say about the way [TheatreVirginia's board of directors] handled the situation. I'm supportive of their decision I don't know what they faced."

Theodore W. Price, president of TheatreVirginia's board, says he doesn't want to talk about whether Miller offered to come to TheatreVirginia's aid, but that joining with Theatre IV/Barksdale wouldn't have been a practical solution anyway. "The problem with combining with Theatre IV is that they have no money either," he says. "In terms of the space, they really have no space."

Undoubtedly, one of the largest problems TheatreVirginia was facing was that it had no space of its own. In 1997, the board knew it was going to be kicked out of its rented space in the Virginia Museum of Fine Arts in 2003 to make room for museum expansion plans.

But they had no luck finding a suitable venue despite an exhaustive search, board member Tom Topinka says.

"We could have cobbled together a few shows, but it would not have been anyplace we could have called our home and not of the quality you would have needed to have," Price says.

After 2003, TheatreVirginia would have been homeless for four years until 2007, when it planned to move into the Virginia Performing Arts Complex downtown. In summer 2002, the board announced that the theater would go dark for the years in the interim. And now after 47 years, the theater will go dark permanently.

Brad Armstrong, president and CEO of the Virginia Performing Arts Foundation, says he isn't surprised. It was no secret that TheatreVirginia was hurting, he says. And it was no secret the theater was planning to close for a a couple of years at the end of this season.

"Whatever would have come back from TheatreVirginia would have been very different than what it has been," he says. "We have always known that we were going to go through this phase of re-crafting the professional theater" of Richmond, he says.

For a professional theater to succeed in Richmond, Armstrong says, it must have an appropriate facility (i.e. the Performing Arts Complex) and savvy business leaders (i.e., it can't be led by artistic vision).

Which brings us back to Miller and Whiteway, whose careful strategic planning — not to mention haggling — dug Barksdale out of trouble.

Miller is careful to not overstate his organization's intentions in the wake of TheatreVirginia's closing. It is too early to say whether Barksdale will become a LORT theater. He also points out that he is merely an employee and that his board of directors will make the final decision.

"We are aware of the responsibility we now hold to be a leading driving force in professional theater in central Virginia. LORT is certainly a level of professionalism to aspire to, at the same time, we need to lay the groundwork that would be required to succeed."

He also says that Theatre IV and Barksdale will provide a major leadership role in the Performing Arts Complex but that role has not yet been determined.

In the meantime, new theater groups are on the horizon to take the place of those who move up the ranks. The Firehouse Theatre Company has done well with its formula of presenting scaled-down productions of recent off-Broadway successes, at reasonable prices to theatergoers. Dunn has started a new group called Essential Theatre which will launch its first production in February. And equity actor David Sennett is trying to round up interest for a new semiprofessional theater where local union actors can work. S