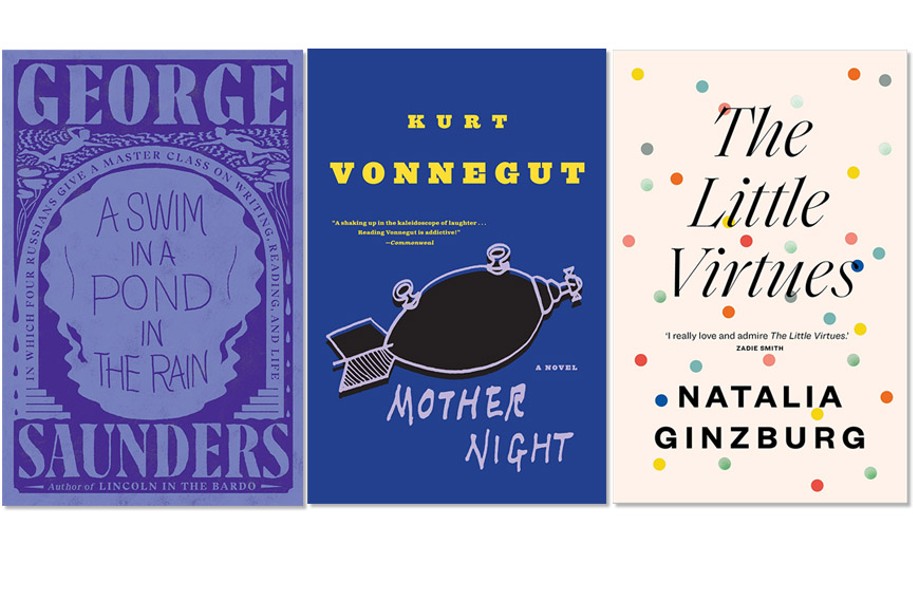 Having been a student of the Booker Prize winning author, George Saunders, in the master’s degree in fine arts program at Syracuse University, his newest book felt very much like returning to the classroom with the large wooden table inside the mystically named Hall of Languages, the cold of winter rushing through the old stone, as we discussed Isaac Babel’s “My First Goose,” and marveled at the careful attention the author paid to each line.

Those classes, much like this book, feel similar in structure, too. Saunders manages to instruct in such a conversational way that you sometimes miss the structure altogether. This is why his stories deserve rereading. Here, Saunders discusses the work of Anton Chekhov, Turgenev, Tolstoy and Gogol, by attending to the power of the short story form and why its impact is still relevant today. Saunders writes:

“For a young writer, reading the Russian stories of this period is akin to a young composer studying Bach. All of the bedrock principles of the form are on display. The stories are simple but moving. We care about what happens in them. They were written to challenge and antagonize and outrage. And, in a complicated way, console.”

Saunders builds for us the room and table and atmosphere. He selects the pieces to be read and works through the mystery of why we, together, find them so satisfying. By taking the reader through the story, page by page, Saunders manages to not only instruct but grant deep insight into his own connection to these stories. He writes:

“The Russians, when I found them … seemed to regard fiction not as something decorative but as a vital moral-ethical tool. They changed you when you read them, made the world seem to be telling a different, more interesting story, a story in which you might play a meaningful part, and in which you had responsibilities.”

We might not, in the end, be more or less inclined to dive into the canon of Russian literature after reading “A Swim in a Pond in the Rain,” but we’ll be well prepared for what awaits us.

One of Vonnegut’s earlier works, “Mother Night” shows the writer taking wild swings that come together with more fluidity in “Slaughterhouse Five,” but with no less effectiveness in describing the existential feeling of living as a pacifiable soldier.

In the aftermath of World War II, the disgraced broadcaster and writer, Howard, is imprisoned for spying on his own country for the Nazis. In writing his deposition, Howard explains how he came to become a man living in a rundown apartment in Greenwich Village, without a nation or a home, seeking connection through relationships with other spies who may or may not be working for Germany, Russia or the U.S.

In the end, Vonnegut asserts that, one culpable in war, unless truly delusional, cannot live peacefully. He writes:

“The Little Virtues” (1962) by Natalia Ginzburg

It has been a while since I’ve read a book I never wanted to finish, one that made me feel as though a friend was about to leave after a long weekend as I felt the final pages between my fingers, closing in anticipation of reading it again.

Ginzburg was born into a Jewish-Italian family in Sicily in 1916 and raised in Turin, Italy. Her father was a professor and their home was a center for intellectuals. She published her first story at the age of 17. Later, persecuted for being anti-fascist, Ginzburg was forced to publish her work under a pseudonym.

Following the brutal death of her first husband, who was jailed and crucified in prison for his beliefs, Ginzburg remarried and began producing much of her most penetrating and revealing work; essays and stories that seem to dare you not to agree with the blunt truths they reveal.

In “Little Virtues,” Ginzburg empowers her thoughts on love, old friends, and silence, among other subjects. In one of the standout pieces in this collection, “Human Relationships,” Ginzburg relays the daring and vulnerable feelings girls have when they become friends. She writes, “We even confide our dizzying suspicions about existence to her: and then she tells us with astonishment that she has had the same suspicions: ‘but do you exist?’ we ask her, and she swears that she exists, and we are infinitely happy.”

A writer might have nightmares reading these sentences. A reader will feel as though they’ve been given a miraculous gift.