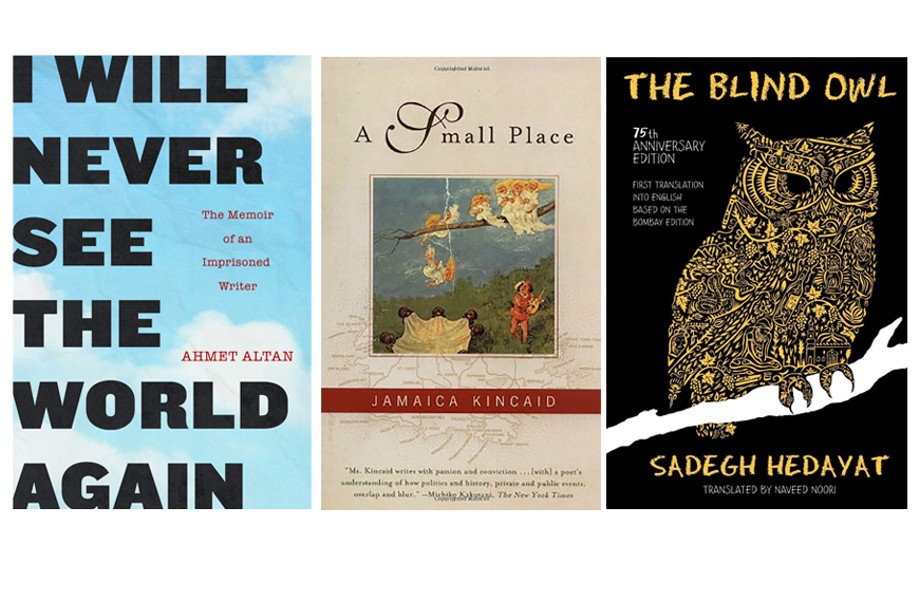 “I Will Never See the World Again: the Memoir of an Imprisoned Writer” (2019) by Ahmet Altan

Believed to have been sending subliminal messages in his work during the failed coup of 2016, Turkish novelist Ahmet Altan, along with his brother, Mehmet, who is also an author, were detained and sent to prison pending trial. In 2018, the brothers were sentenced to life in prison for attempting to overthrow the government.

These essays, written from a prison cell that he describes as six steps in length and four in width are so powerful, so full of truth, soul, and hope, that you can’t help but feel like Altan is speaking directly to you through the iron bars. In some ways, the reader feels more vulnerable than the author, because the author’s truth is that to know someone like you is reading his words gives him an idea of freedom and the strength to keep going, keep living and keep writing.

“Like most writers,” Altan concludes, “I want both to forget and be remembered.”

Having been released in early November 2019 on probation, Altan was detained eight days later after that ruling was overturned. He remains in prison today.

Kincaid’s book is as powerful today as it was when first published in the late ’80s. The narrator here suffers similar imprisonment as does Ahmet Altan, but unlike Altan, she does not identify with the outside world, her surroundings, or herself, in some cases. On an island 9 miles wide and 12 miles long, people in Antigua have been enslaved since the 1400s. At the heart of this book is the author’s search for the identity of not only herself but her people as well. The reader, however, soon discovers that in order to understand what it means to search for an identity you would have to understand what it means to be without one. Kincaid links the British rule over Antigua as nothing short of torture first, leading to a once-free people no longer familiar with their home, language or psyche.

For most readers, this book will shock, discomfort and even embarrass. Kincaid’s voice is at turns lyrical, primal and blunt. She asks of her oppressors, “Have you ever wondered to yourself why it is that all people like me seem to have learned from you is how to imprison and murder each other, how to govern badly, and how to take the wealth of our country and place it in Swiss bank accounts?”

Still, Kincaid sees the beauty of this place, despite the centuries of corruption and oppression, and offers a glimmer of hope that, “Once they [slaves] are no longer slaves, once they are free, they are no longer noble and exalted; they are just human beings.”

And if we are all just human beings, then what right do we have to inflict pain on each other when all we are trying to do is live?

This short novel by Iranian author Sadegh Hedayat is a masterpiece. In some ways it is mystical and quite difficult to follow, but its goal is to capture the pain that comes with loss. The nameless narrator is a struggling artist who designs pen cases, but is compelled to write what little he can remember. Having lost a mysterious lover, whose eyes since torment the narrator, we, as readers soon realize that this story is thousands of years old, that the narrator is every being who has ever loved and lost, and that the circular nature of life returns one to the frenzy of seeing love, knowing it, and trying to understand oneself in its absence.

Like a vicious, reoccurring nightmare, the narrator focuses on images of an old man with a scarf wrapped around his neck, a jar of poisoned wine, a pair of sheep carcasses outside a butcher’s shop, which he views from his small home. Much like the writings of Franz Kafka and Ernest Hemingway, Hedayat uses these images the way they would appear in a dream, as significant moments to the history of the narrator’s life. He is haunted by these images as they appear to hold the truth to life itself.

He writes, “Now I understood … on those hills, in the houses of that ruined city of massive brick, had once lived men whose bones had long since rotted away and the atoms of whose bodies might now perhaps be living another life in the blue flowers of morning glory.”