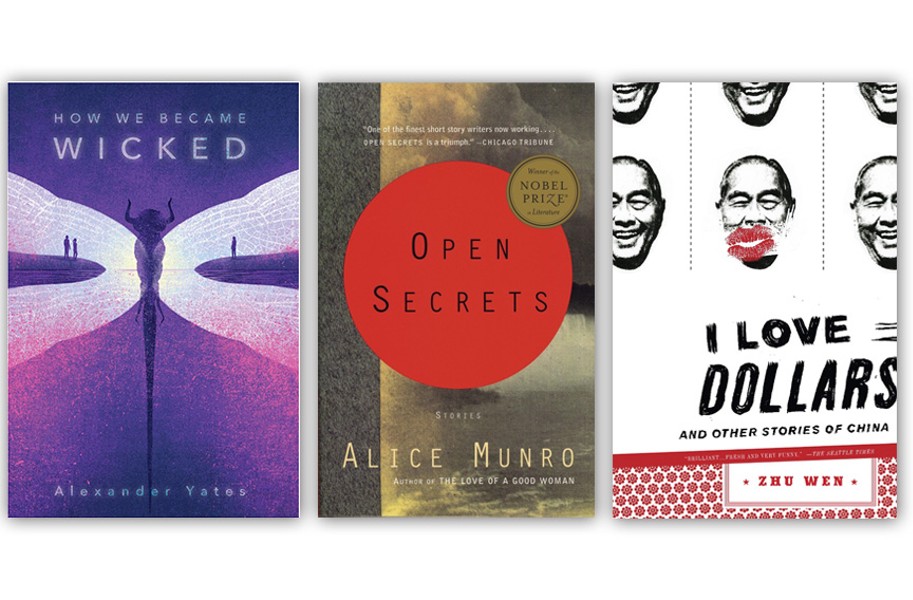 “How We Became Wicked” by Alex Yates (2019)
In the author’s latest novel, a plague of wickedness divides the population into thirds, who, in their fear of each other, create a dystopian horror that three teens must make sense of in order to save themselves and the world. Though his debut novel, “Moondogs,” flew a bit under the radar, Alex Yates brings the same intensity and surprise to his work for younger readers, while never sinking into cliches and modern tropes. Wholly original and brilliantly paced, this wicked novel is a haunting October read for adults and teens alike.

“Open Secrets: Stories” by Alice Munro (1994)
Remember albums, tapes and compact discs? When listening to a band or musician’s album was an experience, and you knew there’d be some bad ones and good ones, and one or two that might break you down to tears and stay with you forever? That’s what a good collection of short stories can do, and why Nobel Prize winner Alice Munro’s original collections offer as much insight into the genius of an artist as does a great album, series or art installation. And because Munro has produced 14 collections throughout her career — there is much to learn. In “Open Secrets,” Munro treats human emotion as the protagonist and reveals how memory can influence our present for better or worse. Surprising, funny and intense, Munro offers her readers insights into the human condition that we’d be less inclined to mine if not for her artistic bravery.
“She had forgiven … or made a bargain not to remember” is from the story “Vandals.”

“I Love Dollars: and Other Stories of China” by Zhu Wen, translated by Julia Lovell (2008)
Freedom of expression has always been a core motive for revolution, especially throughout Hong Kong and mainland China, where young artists are fueled by Western culture yet policed for reflecting what that means in their work. Even under such intense governmental scrutiny and shaming, some of the most comedic, genre-bending authors in the past 30 years have emerged from China, through translation, as pioneers of truth in the towns and cities of a country few still know little about. Often compared to Franz Kafka in his translated works, Wen reads more like Kurt Vonnegut if he were writing from the future, instead of about the future. Attacking China’s love of capitalism and every cheesy extract left behind in his neighborhood, Wen not only speaks to the rampant hypocrisy between the two nations, but how it affects the conscious and universal psyches of the working class.

Patrick Dacey is the author of two books of fiction, “We’ve Already Gone This Far” and “The Outer Cape.” His work has been featured in the Paris Review, Zoetrope All-Story and on NPR’s “Selected Shorts.”