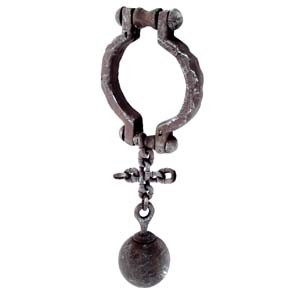 The doctoral student in criminology at George Mason University thought she was onto something. “I called the Richmond police but they just didn't seem very interested,” says Mehlman, 26, whose research involves global human trafficking and prostitution.

That may be about to change. Pushed by civil rights and feminist groups, including actress Demi Moore, the issue of human trafficking, a form of modern-day slavery, is gaining currency. According to the U.S. State Department, as many as 2 million people a year, including up to 18,000 in this country, are bought, sold or smuggled for jobs ranging from prostitution to exotic dancing to housekeeping. Profits run $9 billion a year. The advocacy group Polaris Project claims that even more people are involved — up to 27 million people globally, 80 percent of whom are women and children.

A number of states, such as Ohio, have toughened laws making it harder for criminals to lure women into work as prostitutes with promises of money and help with visas or green cards. Maryland's legislature has just passed laws increasing penalties for human traffickers and posting telephone hotline numbers in motels where prostitutes have been known to work.

Virginia, however, is behind the curve, some say. Activists and law enforcement professionals say the state has dragged its feet in getting tough on trafficking while preferring to go after youth gangs. Police remain blasAc about prostitution and are unaware that it might involve cross-border coercion, say others. “It's often not that the police don't care, it's a learning curve,” says Andrea Austin, communications manager for the Polaris Project.

In late April, U.S. Rep. Frank Wolf, a Republican from Northern Virginia who's taken an interest in the issue, met with representatives from the State Police, FBI, Immigration and Customs Enforcement and the state attorney general's office to focus more attention on the issue and move for tougher laws.

“We need to set up a task force to deal with the issue,” says Wolf, who took the same approach several years ago to deal with gang-related crime. He says that Northern Virginia, which has a high concentration of immigrants, has seen an increase in sex-related trafficking. “This happened after Maryland and the District cracked down,” Wolf says. “That forced a lot of activity our way.” Police in Montgomery County, Md., for example, have been sensitive in hearing complaints and aggressive in rooting out trafficking, some of which involves foreign diplomats posted to embassies in Washington.

Wolf adds that the Virginia General Assembly needs to toughen state laws against trafficking, noting that it doesn't just involve immigrants but also at times native-born U.S. teenagers who may run away from home and are tricked or coerced into prostitution. In a statement e-mailed to Style Weekly, Attorney General Kenneth Cuccinelli says his office has recently gotten more involved in the issue. “I fully support the Congressman's efforts to end this despicable practice in Virginia,” Cuccinelli says. “My office has investigators providing on-scene support to various coordinated local, state, and federal anti-human trafficking law enforcement efforts.”

In the Richmond area, however, it's unclear whether human trafficking is a priority. The Richmond police, for instance, did not respond to Style's e-mails and telephones calls requesting information. Such activity could involve areas where prostitution already is prevalent, such as Jefferson Davis Highway, where Chesterfield County police nabbed 14 men a year ago during a two-day prostitution sting. In April, Richmond police arrested 31 men and women along Jefferson Davis Highway, Hull Street Road, Chamberlayne Avenue, North Avenue and Fairmount Avenue in a similar investigation.

Jefferson Davis Highway also is a transitional area with a high concentration of foreign-born residents, notably Hispanics. The corridor has seen a significant culture shift, with a number of tiendas, or convenience stores, Hispanic-operated businesses, restaurants and nightclubs cropping up along the highway during the past few years.

The area that Mehlman found in her investigatory Web-surfing is between Jefferson Davis Highway and Iron Bridge Road. It's filled with small, boxy houses with chain-link fences and stores catering to Salvadorans and other Latinos.

Coming up with solid data in trafficking is as elusive as chasing down addresses and phone numbers. “It is very difficult to get specific stats on the trafficking happening in Richmond,” says Sara Pomeroy, an activist with the Richmond Justice Initiative, which focuses on modern slavery issues. She says that getting convictions is also difficult, especially if the individuals are older than 18. A Virginia State Police spokeswoman says that department doesn't keep human trafficking figures.

“Unfortunately, human trafficking happens quite often,” says Dennette W. Rybiski, media coordinator for the Richmond bureau of the FBI. Statistics are hard to come by, she says, but both the FBI and Commonwealth Catholic Charities in Richmond operate hotlines to report abuses as does the Polaris Project. The FBI's hotline offers service in Spanish, Russian and Mandarin as well as English.

One FBI case relating to trafficking occurred in 2006 and involved Korean women being used in brothels from Rhode Island to Virginia. The women, often traveling with false visas and passports, arrived from South Korea at American airports and were shuttled to brothels up and down the East Coast.

Taking the issue a step further, critics say that the anti-trafficking movement is politically charged and the figures are inflated, and some believe that prostitution should be legalized. “The crusade against trafficking and the sex work industry in the U.S. (and some other nations) has been dominated by the religious right and abolitionist feminists,” writes Ronald Weitzer, a professor of sociology at George Washington University, in a recent paper.

Wolf likens dismissive attitudes about trafficking to the 1970 Simon and Garfunkel song, “The Boxer.” “He hears want he wants to hear and disregards the rest,” Wolf says. “That's what happens a lot in Richmond — they disregard the rest. They did the same thing with gangs. They didn't understand it was a problem.”