Our CD editor directs you to his Folk Festival favorites. 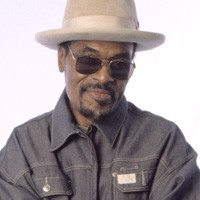 Yeah, I'm a music snob, so what? I spend more time than the average person listening to music, reading about music, illegally downloading, playing and/or badly singing music because I consider it one of the most beautiful things we humans get to enjoy — for me, anyway. Other people like babies and trees and stuff.

I'm that guy who always brings his own mixes to parties just in case the host is poorly equipped or distracted. You know the type. I fiend like a recently paroled crackhead for eclectic music from all genres. Stand too close and I'll probably try to turn you on to something you haven't heard — for your own good, of course.

I try to avoid being a music Nazi, but sometimes it happens. Sorry.

Anyway, it's nice when Richmond has a music festival that offers diversity like that found at the National Folk Festival — although, as a music snob, I should mention that organizers could've picked a few critically acclaimed current artists who might have appealed to more concertgoers under 40. Like Konono No. 1, Dengue Fever or Josephine Foster, maybe? Legendary folkie and former Richmonder Michael Hurley, anyone?

I'm not exactly well-versed on many of the university/cultural circuit acts on this festival bill, but I offer my humble picks below. Here's hoping everyone stumbles on a pleasant surprise not listed here.

1) Chuck Brown: The "Godfather of Go-Go" always brings it. For those who don't know, go-go is an urban subgenre of funk that relies heavily on dense, percussive rhythms, call-and-response, and dancing your ass off. Saturday, 5 p.m., 9:15 p.m.

2) The Skatalites: Although there are hardly any original members left, this historic Jamaican group is credited with helping popularize ska. Just hearing hard-boiled classics like "Guns of Navarone" or "Nimblefoot Ska" would make it worthwhile. Saturday, 5 p.m., 9:30 p.m.; Sunday, noon, 5 p.m.

3) Santiago Jiminez Jr.: Lively accordion music from San Antonio featuring a veteran member from the first family of conjunto music, deep in the valley of the Rio Grande along the Texas-Mexico border. Drink up. Saturday, 5 p.m.; Sunday, 1 p.m., 3:45 p.m.

4) Hazel Dickens: Another real deal from West Virginia, Dickens, with her "high lonesome" style, is one of the most powerful female bluegrass vocalists around — and she's a leftie! A pal of the Seegers, she has pro-union and feminist songs in her bag, so you might learn something too. Saturday, 1 p.m.; Sunday, 3:30 p.m.