The Motel Family Next Door

Documentary on Ashland's motel families premieres at the Byrd Theatre May 21. 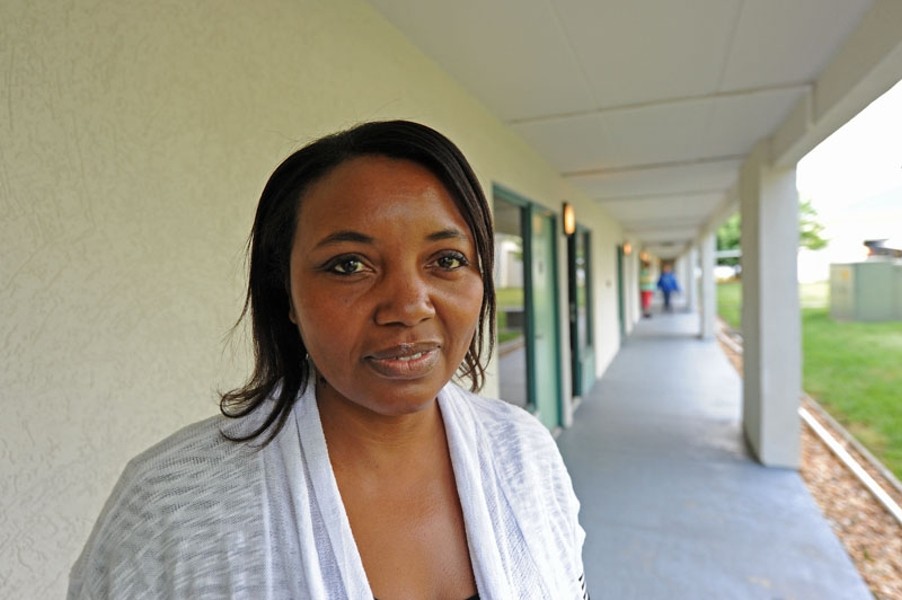 She looks around the cramped motel room in Ashland that she shares with four other people. Her 21-year-old daughter’s boyfriend occupies one bed. Her 24-year-old son is asleep under the bathroom sink. Possessions are piled along the walls.

Except for Mason, who is trying to get on disability, they all work, mostly at fast food restaurants. “If we could get Misty Pines for five a month, I know we all could swing it,” Mason says, talking about a local apartment complex. But they can’t seem to save enough to pay for the security deposit and rent for an apartment.

So they keep paying about $220 a week for this room. They take turns sleeping, depending on who’s working, and eat microwaveable meals from the grocery store or the dollar store.

Lucinda Jones, founder of the new nonprofit Ashland Supportive Housing, knows countless families like Mason’s -- people living almost invisibly on the edge of homelessness. To bring their story out into the open, she’s been working with James Murray, a local filmmaker, to produce a documentary called “Motel Families.” In the film, people living in Ashland motels tell their stories and share their struggles: bad credit, bedbugs, shame.

The documentary premieres Saturday, May 21 at 2 p.m. at the Byrd Theatre. Proceeds from the $4 ticket sales benefit the nonprofit, which offers rent assistance, eviction prevention, credit counseling and other services for struggling families.

“When we think of homelessness, we think of urban areas like the city. … In rural areas you don’t see it, because it’s hidden,” Jones says. Services for the homeless are abundant in Richmond, but the families she works with in Ashland and Hanover County don’t want to move from the community they know.

The trouble with motel living is that it’s not cheap. Nightly rates of $40 to $45 can easily eat up an entire week’s pay for someone working a low-wage job, Jones says.

On Thursday morning, a couple living in Mason’s motel is preparing to leave because they’ve run out of money. “They have nowhere to go,” Mason says. “And I really feel sorry for them.”