Richmond Ballet master Jerri Kumery has a special history with "The Rite of Spring." 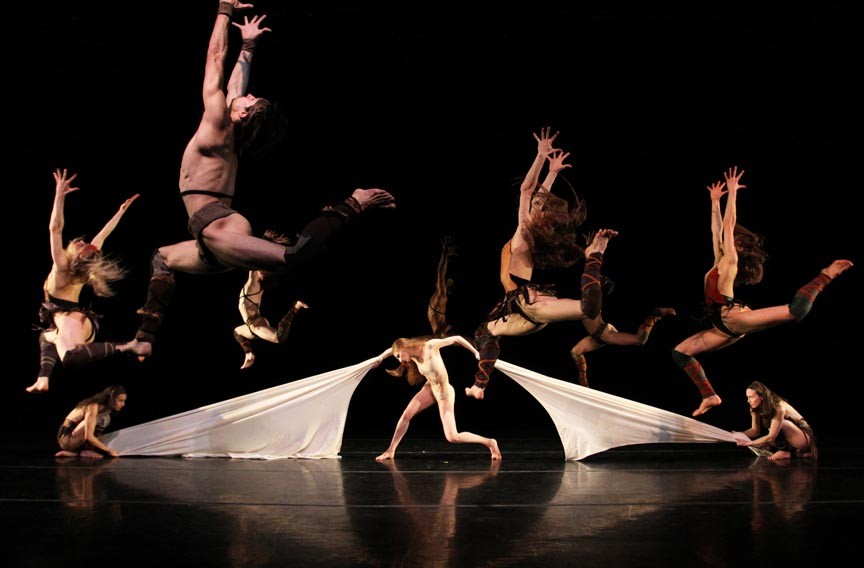 Jerri Kumery gracefully perches atop the barre for a better vantage point to watch the Richmond Ballet dancers. They're sweating through another rehearsal of "The Rite of Spring," a challenging work the company's ballet master knows well.

Kumery danced with the New York City Ballet for a decade, from 1977 to '87, under the direction of George Balanchine, Jerome Robbins and Peter Martins — until an injury ended her career at age 28. She went into teaching and was there when Salvatore Aiello, North Carolina Dance Theatre's artistic director, created his well-received version of the 1913 Igor Stravinsky and Vaslav Nijinsky classic — which these new dancers are busy recreating.

Kumery, 55, is the main curator of Aiello ballets, which allows her to stage them — and she's one of the country's few répétiteurs of the George Balanchine Trust. Balanchine is considered by many to be the greatest choreographer of the 20th century. That makes Kumery an extremely valuable asset for the ballet and Richmond.

In her seventh year with the company, Kumery speaks with Style Weekly about her passion for Aiello and "Rite of Spring," which is celebrating its centennial anniversary while the Richmond Ballet celebrates its 30th.

Style: What makes "Rite" so complex?

Kumery: The music itself is so interlayered and overlapped that it is different than most pieces. ... Stravinsky was one of the first ones to layer so much in the music, and that is why I believe so many people choreograph to it or want to, because you can do so much and pick what layer you want. And Sal [Aiello] was incredible with that musicality. That goes with all of his ballets.

What made his version different?

Sal always said that you had to sleep with the music and get into bed with it. And Balanchine said the same thing. ... If you look at all of Sal's works, he makes them accessible to people. He brings the story to a time where we can relate. He went beyond the traditional Russian folklore — and brought that pagan tribe [there is a scene where a young woman is sacrificed]. He wanted to make them accessible because he wants to make [the audience] feel comfortable to enjoy art and not think it is too high brow. ...

He was like that as a human being. You always felt comfortable with his energy, just like with his ballets. He was excited about life and being able to transfer it into movement. ... Every gesture had meaning. ... It is time to get Sal's work out for everybody because they are such brilliant works. He has 32 [ballets], but there are about 25 that are timeless. Since I am responsible, I've got to get them out there so they keep living on.

I think he would be in such awe of this group. He had incredible dancers throughout the generations. This group is one of the most beautiful ensemble companies. They have their individuality that is so solid, but they can come together as a team, and know how each other moves so they can become one.

Why do you think the riots happened in 1913?

Diaghilev [Russian founder of original company, Ballet Russes, which worked with Stravinsky] knew after the success of "Firebird" and "Petrushka" and others that this was going to change everything — going out of romanticism into this contemporary neoclassical and angular stuff. ... The question is did Diaghilev set these people up to have a riot? Stravinsky's music pulls you into this frenzy state. ... Even when we did it in Norfolk — there was no riot — but people went insane. Because you have to. ... Sal said on his first day, 'You will never, ever match the power of this music.' I won't either. You can't. You can become part of it, but if you try to be as powerful you are going to hurt yourself and you are going down.

As a curator of the Balanchine trust: Has it ever been too much for you?

"No ... [not] if I have enough prep time because I have to know absolutely everything to feel comfortable, and it is also just my character and my personality to be in control so that I can go out of control. ... So if you do enough study and you know the style and the work that you are representing, then it feels like being at home and it literally feels like dancing to me. ... I like to go in and be able to do absolutely everybody's part so that you aren't going off of the video. ... This group of dancers is unbelievable how fast they are.

Do you think Richmond Ballet should remain small?

Yes and no. I think financially we could be a little bit bigger. I think we all know that we need a little more cushion. Maybe 10 women and 10 men. ... We haven't discussed that in a while, but we know right now that seven and seven — even with Richmond Ballet II [apprentices] — we need a little bit more room dealing with injuries. Just having a little peace of mind that you are not at the edge. But the company carries no debt. [Director Stoner Winslett] is so responsible with the money. ... We are in the black. If $5,000 is raised, that is what is used. If five bucks is raised, that's it. We work within our means.

Why should new audiences see this performance?

I think it is very important that you look at this range that [Winslett] has put together and what this company is doing. To go from romantic and classical to the theater of Jerry Robbins' first piece, then to Stravinsky and Aiello. It is just a brilliant program. Even if you don't like dance, Balanchine used to say just go listen to the music and close your eyes. You are going to get something out of it. This one should blow everybody away. I love the word ineffable. You get to the point where it is so ... just a step beyond bliss. S

The Richmond Ballet performs "30th Anniversary Celebration: Serenade" (Balanchine/Tchaikovsky), "Fancy Free" (Robbins/Bernstein) and "The Rite of Spring" (Aiello/Stravinsky) on Nov. 1 and 2 at 7 p.m. and Sunday, Nov. 3, at 2 p.m. at Richmond CenterStage. For information, visit richmondballet.com.