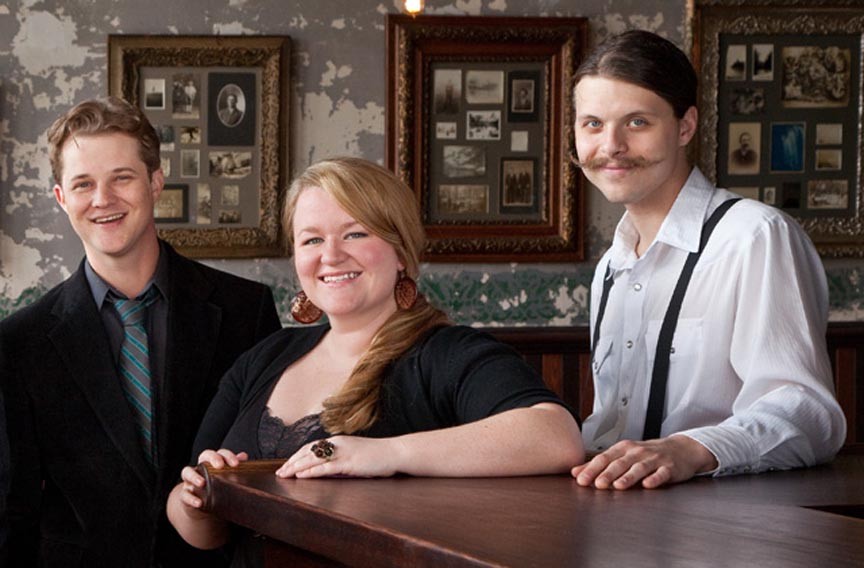 If you don't know how Texas swing music used to be played, check out the Marshall Ford Swing Band to learn. The quintet has been around in its current incarnation for nearly five years and boasts the talents of torchbearer Emily Gimble, whose grandfather Johnny Gimble is ranked among the greatest of Western swing fiddlers. Upright bass player, singer and songwriter Kristopher Lee Wade speaks from the birthplace of weird, Austin, Texas, about carrying on this fine tradition.

What's the best thing about this lineup?

We've got an unspoken chemistry onstage. We've been together long enough that we don't have to rehearse as much. We have enough material to play 10-hour gigs and not repeat ourselves. It's not hard to keep things fresh.

What's Texas swing for you guys?

Some songs were written 80 years ago, but mostly '30s and '40s swing tunes. We throw in some '50s and '60s country and we put our own spin on it all. We'll do three-part harmonies on songs that had one vocalist. We take pride in keeping the music alive with pretty cool new arrangements.

What have you learned from playing folk festivals?

That they're really cultural festivals, with different dialects, cultural expressions and clothes. We're authentically Texan, doing traditional Texas music like old, vintage country tunes, representing the cultural traditions of Texas as accurately as a New Orleans piano band or an Ethiopian folk group. We love it when a young person comes up and tells us, "Man, I didn't know this music was so cool."