For the last several millennia, polygamy has been more common than monogamy and continues to flourish today. 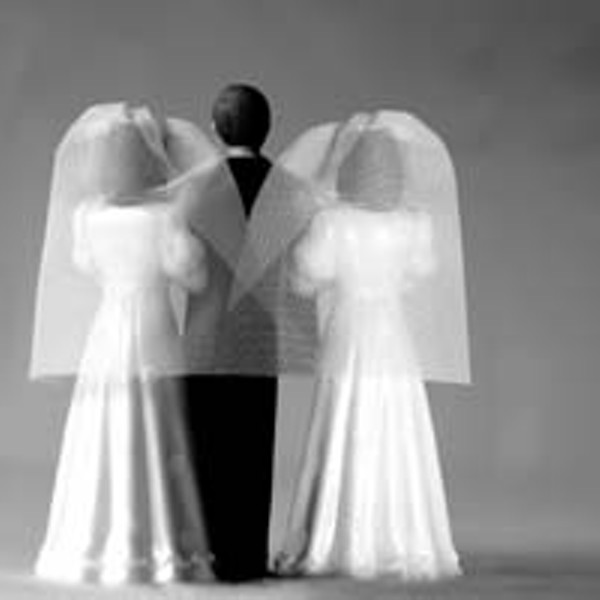 The Richmond-based Family Foundation of Virginia exists to support such legislative initiatives. It calls itself "Virginia's oldest and largest pro-family public policy organization." One of its guiding principles states: "Marriage, as the union between one man and one woman, is an institution of God and a foundation of civil society." Other marriage proponents, including President Bush, have described contemporary heterosexual marriage as "the most fundamental institution of civilization," forged during "millennia of human experience."

What these proponents of "traditional marriage" ignore is that no such long-standing tradition exists. Marriage as we know it today didn't exist until the last century, and even now it continues to evolve. By "as we know it today," I mean Western-style marriages where the partners consent to the arrangement, where they are considered equals, and where love is an important element.

In fact, marriage has been highly elastic through the centuries. In most societies, for those few who did marry, it was an economic alliance between families. A religious institution sometimes sanctioned the union, but just as often didn't. There was no paperwork and rarely civil involvement or written contract. The Middle Ages in Europe witnessed a battle over who would control marriage alliances — the Catholic Church or the aristocracy, many of whom preferred polygamy and the ability to divorce. By the 14th century, though, marriage generally had been accepted as a religious institution rather than a civil one, adultery was widespread, and church records were filled with the names of bastard children.

Rules governing who can marry and under what conditions have also changed radically. Slaves, who made up about half of the population, were not allowed to marry in the Roman Empire or in many other societies. Commoners throughout the ages have simply shacked up together. Arranged marriages remained widespread in Europe until the last century and are still the rule in Central Asia, Africa and the Middle East. In many of these marriages, women are legally considered property and are unable to divorce. In this country, marriage between blacks and whites was illegal in many states (including Virginia) for almost three centuries, until miscegenation laws were finally overruled by the U.S. Supreme Court in 1967 with Loving v. Virginia. One in 15 U.S. marriages is now composed of spouses from different races.

For the last several millennia, polygamy has been more common than monogamy and continues to flourish today. Certainly the Old Testament is replete with examples of men having numerous wives, including Abraham, David and Solomon, to name a few. Notable Catholic theologians have been tolerant of polygamy in varying degrees, including Augustine, Aquinas, Luther and Melanchthon. Polygamy is accepted and practiced today among some Mormons, Muslims, ultra-Orthodox Jews in Israel, and much of Southern Africa, among other places. Germany recognizes and offers welfare benefits to polygamous marriages as a gesture of acceptance of its Muslim citizens.

History reveals marriage not as a solid pillar of society, fairly constant in form. Rather it is an amazingly flexible institution that stretches to accommodate changing religious, social, economic, sexual and political needs. It reflects the norms of each society where it takes hold and shifts as those societies change. Those who speak of "traditional marriage" have created a compelling but idealized and false image of real life.

Will proponents of "traditional marriage" succeed in changing the state constitution as they did with the state code? History suggests that in the long term they will fail. The only good thing about H.B. 751 is that it so flagrantly violates existing constitutional principles protecting civil liberties that the U.S. Supreme Court will likely overturn it, just as it did with the equally unjust Virginia miscegenation law in 1967.

And just as interracial couples did not undermine "traditional" families, neither will allowing our fellow gay neighbors and friends to enter lifetime commitments and contracts undermine our marriages. What will harm us is denying them what the Constitution promises to all Americans: the equal protection of the law. S