It takes a backstage village to make a "Lion King." 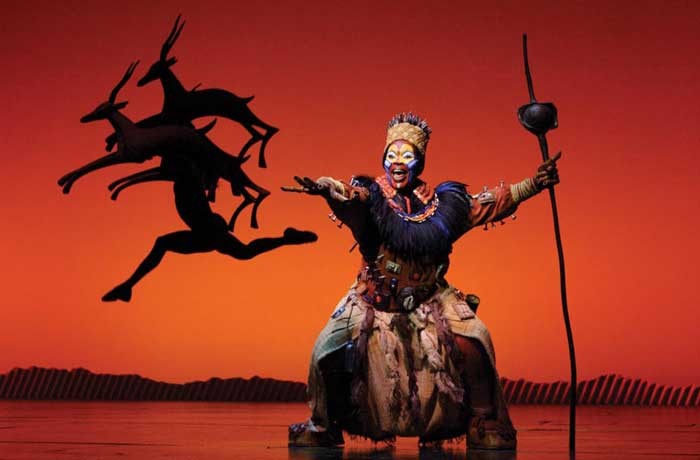 Washing clothes is not the first thing that comes to mind when you think of a major Broadway musical such as "The Lion King."

But for wardrobe supervisor Gregory Young, who has been on the road with this show for three years, laundry is exactly what he's thinking about.

Large trucks packed with 30 gondolas of costumes are set to arrive in Richmond on Feb. 14, one day before opening night at the Landmark Theatre. Young and his two assistants will supervise unloading these trucks, set up laundry facilities and a backstage changing area, called a bunker. Three washing machines and three dryers will be on site, along with a full-time laundry person working eight hours a day, six days a week. Anything that touches the body is to be washed after every performance.

"It's a challenge," he says, "because you never know what the theater is going to be like. The technical and the stage manager go out and do surveys to check out each theater before we get there and try to plot it out."

In its 14th year, "The Lion King" is the seventh-longest running musical in Broadway history, renowned for sweeping the Tony Awards in 1998 with victories for best musical, scenic design and costumes, among others. The show already has toured 60 cities across the United States before coming to Richmond. According to Cindy Creasy, spokeswoman for Broadway in Richmond, "The Lion King" will be the largest show to date to come to the Landmark Theater as far as number of performances and staging logistics. "They are using every square inch of that theater," she says. "You're basically moving a little town as you go from one market to the next, when you have all the cast and crew and all the company management and people that travel with the show."

The economic impact of hosting a large crew is certainly welcome. "Hotels, restaurants, parking facilities, limo companies and other businesses also benefit," Creasy says, "because 'The Lion King' will be attracting patrons from Richmond, central Virginia and even further."

On the morning of opening night, Young has to train 16 local Richmond dressers. From 8 a.m. until 10 a.m., they learn the show. "It's like choreography," Young says. "We have choreography onstage and we have it backstage, too. Everybody has to be at the right place at the right time." Then comes more training until noon and dress rehearsal until 5 p.m. After a one-hour break, everyone gets ready for the first show at 7:30. It's not a job for the easily flustered. 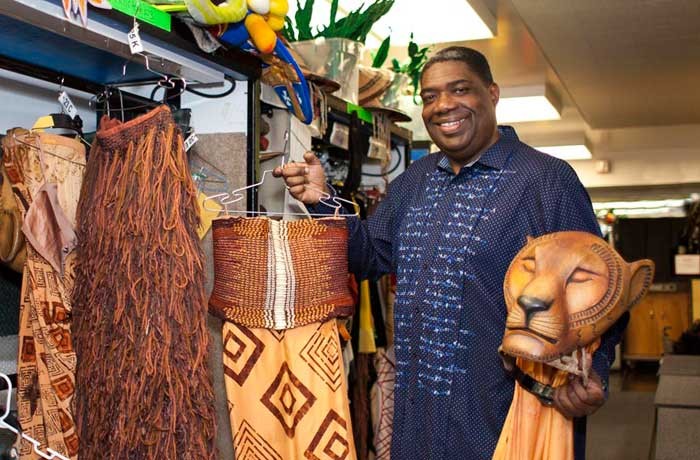 The Tony-winning costumes, designed by Julie Taymor, include towering puppet effigies, silks, African mud cloth, masks and beaded corsets that transform dancers into all manner of wildlife, including wildebeests, plants, gazelles and lions. "The costumes are very different from most shows you would come see," Young points out. "It's very unique what she has used to take the audience on this journey through the African savannah."

Dancer Amyia Burrell, who has toured with "The Lion King" for five years, loves her costumes. "They're beautiful when you see them onstage," she says, "but up close you get to touch them. I was amazed finding out different little things about each of my costumes." Burrell plays a lioness, a hyena and a wildebeest. All of the necklaces the lionesses wear are hand-beaded and each of the silks is hand-painted with a unique design. "To know that someone took so much time to hand paint a costume. ... It just makes you want to do your job as beautifully as they've done their job."

In the course of one show Burrell has 11 costumes and 14 costume changes. "We come into the bunker at the end of a scene," Burrell says, "and take off our costume and throw it into the gondola. The new costume is laid out on the bench. We don't have to get anything for ourselves, which is kind of fun. Everything is already laid out for us and we put it on, they zip us up and we run out onto the stage."

Even as Young manages the incredible complexity of dealing with hundreds of costumes, the daily laundry, the dry cleaning and broken shoes that need repairing, he is planning for the next stop. "I'm always," he says, "a city ahead. I love the challenge of getting everything ready for opening night."