The Man Behind the Beats

Once a dropout in a tough Richmond neighborhood, Beat Billionaire has become a big-label prodigy. 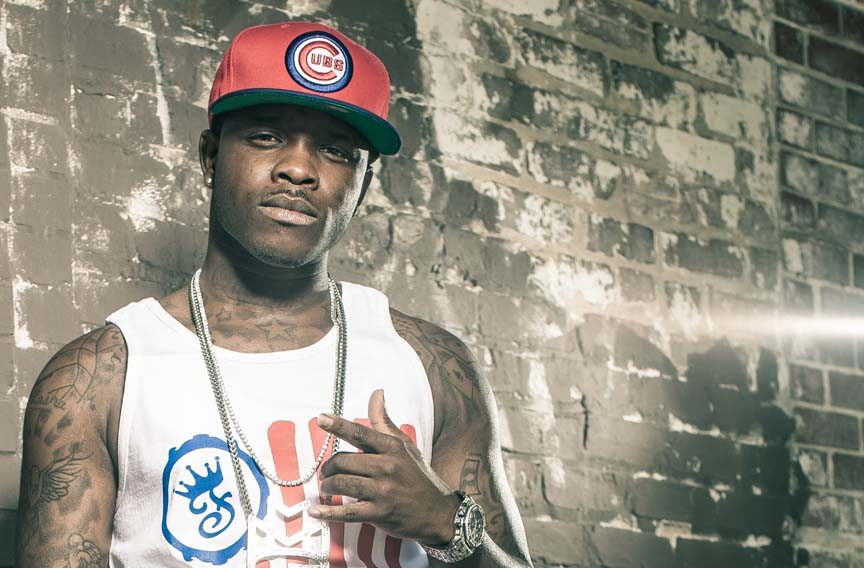 Every rap crew — the Wu-Tang Clan, No Limit, Bad Boy, Cash Money, you name one — has its day in the sun. The clique with the most cred right now might be the Maybach Music Group, led by jumbo-sized rapper Rick Ross. And Ross has a Richmonder backing him up.

Beat Billionaire, aka 29-year-old Shamman Cooke, is Maybach's resident beat-maker. A driving force behind Maybach's second album, "Self Made Vol. 2," released June 26, he scored "Bag of Money," which peaked at No. 16 on Billboard's rap songs chart.

Cooke's music displays versatility and dexterity — his beats can sound sinister and sparse, like on "Bag of Money," or bouncy and layered, like on Ross' "Yella Diamonds." As Maybach's go-to producer, the Richmond native will have a hand in most of Maybach's upcoming releases, including Ross' heavily anticipated fifth album, "God Forgives, I Don't," set for release July 31, and subsequent albums from label mates Meek Mill, Omarion and Wale. To hear him tell it, he's having the time of his life.

"Ross changed my life within a year," Cooke says from Atlanta, where he lives. "Without him, what I'm doing now wouldn't be possible. He's been making sure Beat Billionaire comes first with production. He makes sure I'm straight. ... That's what I love about him, and I will for the rest of my life."

Producing can be lucrative: The right hit song can earn a producer a check well into the six figures. But life wasn't always easy. Growing up on the South Side with three brothers, the man who became Beat Billionaire saw little but drugs, crime and violence.

"That's what I was raised around," Cooke says. "We didn't look up to anyone else but the dope boys. Older boys had the flashy cars; we always wanted that. You had to be fly, get the girls, the money." The quickest route, he and his peers learned, was to sell drugs.

Cooke attended Huguenot and George Wythe high schools, but dropped out by 11th grade. "I did it the dumb way," he says. "I regret it now. I wish I could have stayed in school." When his daughter, now 8, was born, he gave up the business. "That first week, I gave everything away," he recalls. "I said, 'Y'all can have this life, I'm gone. I can't raise my daughter around this.'"

He and his friends passed time rapping. They started a clique they called Hood Fellaz, which won rap competitions around the neighborhood. One day in 2003, an onlooker at a rap battle was Parrish Smith, from legendary hip-hop group EPMD. He offered to fly Cooke to New York.

"I had my money," Cooke says. "So I said, 'Give me the address. I'll meet you there.' I came to New York the next day." Within a month, he composed more than 100 songs. "I won't lie," Cooke says, "I wanted it bad." A friend bought him a keyboard, and he taught himself to play, he says: "I didn't know what I was doing, but it sounded good to everybody."

Going by the name Lil Raz, Cooke started compiling song credits and appeared on an album by the group Lost Boyz. Around 2005, he became friends with people in Atlanta rapper T.I.'s Grand Hustle Records family. At the time, "snap" music — a fad characterized by the simplistic beats and finger snaps on Dem Franchize Boyz's "Lean Wit It, Rock Wit It" — was popular. It wasn't Cooke's style. "People were saying I was too lyrical for what was happening. So I said, 'OK, I'll try something else.'"

After creating the music for Young Dro's "Take Off," he discovered that producing was his passion. By 2010 he was working for artists in Rick Ross' camp, formally signing a deal with MMG that year.

He's come a long way from the South Side, and he doesn't like to look back. "I come back every blue moon," he says. His priorities are elsewhere: He thinks about going back to school, as well as starting his own business. Mostly though, he thinks about being the first music producer to become a billionaire, which is why he works on his music every minute he isn't with his daughter and 4-year-old son. "I'm with the number-one label in the game right now," he says. "You gotta keep up." S