And in the last two decades, malls generally lost their stronghold on security. They were no longer seen as untouchable, safe havens for shoppers, particularly women. "In the 1960s and '70s, we started to get two-income families. The mall gave guaranteed shopping hours of 9 a.m. to 9 at night," says Gibbs, the former mall designer. "Downtowns didn't do that."

As early as 1989, Regency Square suffered an image setback when 1,500 teenagers descended on the mall the day school let out, leading to a fight and police wielding mace.

Malls coincided with the rise of modern-day suburbs, gated residential communities predicated on exclusivity and safety, and they were an extension of the ideal. Malls didn't just serve as retailing Meccas, they were de facto community gathering places, many designed to function both as a place to buy and a place to hold community meetings, put on plays and choir performances.

"A lot of people don't like them, particularly urban planners. On the other hand, they really are social centers," Gibbs says. "I think that sometimes we underestimate how much malls contribute to people's quasi-enjoyment of public spaces." Bemoan their bland design and adherence to the car, but in the suburbs, it's all that's left.

Doug Cole, an urban planner and partner at Cite Design, which Chesterfield hired to create a redevelopment plan for Cloverleaf, says there are few public spaces in the suburbs. Houses are designed with garages in the back, obscuring activity, and there are few sidewalks and public parks. He stopped by a McDonald's not long ago, and thought how odd it was that families seemed to be bringing their children primarily for the play area. "Why do you have to take your kids to McDonald's to play?" he recalls thinking. 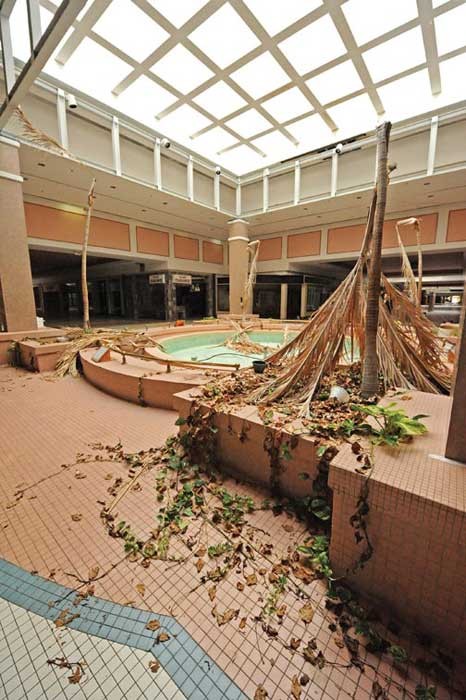 After an expansion and a diamond-themed makeover in 1987, Chesterfield Mall was renamed Chesterfield Towne Center, an attempt to reposition the struggling mall as more upscale. It's arguable whether the mall succeeded as an upscale center, but it began drawing more customers, and retailers and power strips expanded around the mall rapidly. With the exception of Sears, the mall has long struggled to keep its anchor stores filled, seeing almost constant turnover: There was Miller & Rhoads, Thalhimers, Belk, Leggett, Hecht's, Dillard's and then J.C. Penney, which moved after closing its store at Cloverleaf store in 2000. After Hecht's, the mall added Macy's in 2006. Both Dillard's locations at the mall closed in 2008, but the mall lured Garden Ridge to take one of the anchor stores in 2010, and earlier this year added T.J. Maxx and HomeGoods to the last remaining anchor space.

Amid the decline of malls across the region, Chesterfield Towne Center has replaced all of its anchors. The mall has transitioned the southern end of the mall, facing Huguenot Road, bringing in Barnes & Noble with a shiny new outside entrance, and is planning something similar for Sears, says the mall's manager, Ashley York Venable.

Sears, for now, remains a concern. The retailer, which has more than 3,000 locations, reported $421 million in losses in the third quarter of 2011 as it struggles to compete with big-box retailers like Lowe's and Home Depot. For many malls, Sears has been the one constant.

"You wonder how long Sears can go before a major redoing," Hoffer says. "With that, you can see Sears pulling out of tons of 1960s and 1970s malls ... a horrendous retail disaster."

Chesterfield Towne Center, however, will likely survive such a scenario. It's managed to lure a healthy mix of traditional and nontraditional retailers. Earlier this year, mall management also added a farmers' market in the parking lot, open on Fridays from 9 a.m. to 2 p.m. This week the market is moving indoors, making it the first indoor farmers' market in the region. And beginning in December the indoor market will be open five days a week, Tuesday through Saturday, from 10 a.m. to 6 p.m. Vendors include bread makers, grain-fed beef butchers, produce farmers and organic egg sellers, along with several arts and crafts vendors, such as Lynne and Roger Fuller. Lynne Fuller recently started painting portraits of pets, namely dogs and a few cats. Business is brisk.

"I have all the business I need right now," Lynne Fuller says, explaining that she's currently working on 12 dog-painting orders. "I just got another order today."

Judi Williams, who manages the market, says she jumped at the opportunity to run a market that would be indoors. Once inside the mall, Williams, who also sells Indonesian coffee and teas with her husband, says the market will expand and begin offering sign language and basket-weaving classes.

"This place is mobbed," Williams says, excited about the opportunity to move inside. "You come to the mall for shoes and you remember you needed eggs. It's one-stop shopping."

Venable, the mall manager, says it's part of the destination's attempt to be more community oriented. There are two play areas inside, and the once-a-month mom's club boasts upward of 3,000 members. "We really want the mall center to become the heart of the community," she says. 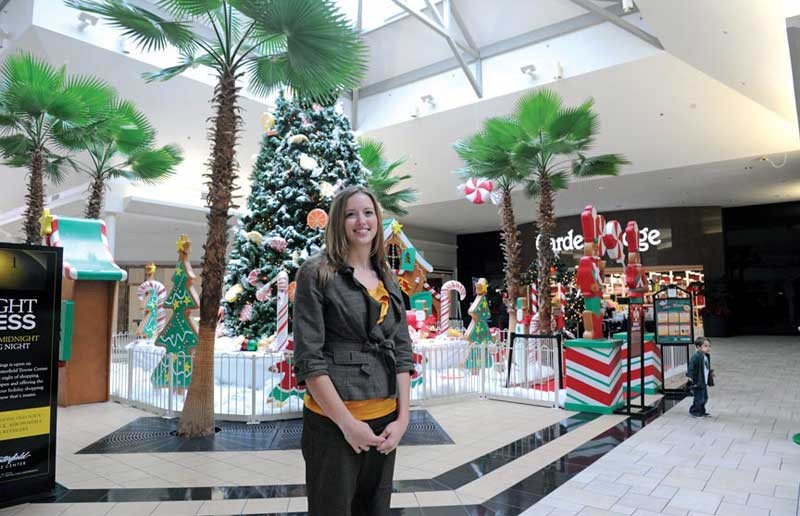 Already, Chesterfield Towne Center has outlived the normal life cycle of malls, about 30 years. Venable says the mall accounts for 6 percent of the county's tax base, employs 1,650 people year round, and so far this year mall traffic is up by "double digits," Venable says. She declines to release specifics, but says the mall expects after the Christmas season, 6.5 million customers will have walked through its doors in 2011.

Whether or not the place survives as a fashion center, it represents hope. People still love the mall.

The girl at the Sunglass Hut, whom I continued dating through high school and college, still has the silky black hair and the olive cheeks. We've been married 17 years. S

Correction: In the print version of this story, Style incorrectly reported the number of members of Chesterfield Towne Center’s monthly moms club. There are 3,000 members. We regret the error.