"If you want to stop a man with an assault weapon and body armor, you need a similar weapon and protection, not a 9 mm in a shoulder holster." 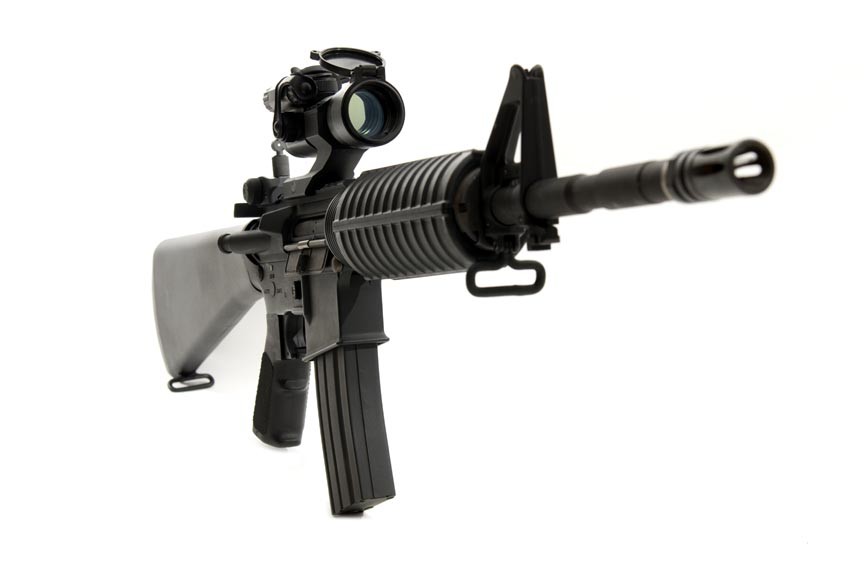 While America grapples with President Obama's proposed ban on assault weapons and high-capacity magazines, the television and radio ads from the National Rifle Association and similar pro-gun activists will blanket the nation. Before that noise commences, let's consider how rifles have evolved in 100 short years. Then we can debunk a few myths about these guns.

Ever heard of a Mad Minute? A skilled British infantryman in the trenches of World War I France reportedly could get 60 shots off, in as many seconds, with his bolt-action Lee-Enfield rifle. The kaiser's soldiers thought at first that they were facing machine guns. Ordinary citizens can get nowhere close to that rate of fire; the best I've done in 60 seconds with an Enfield has been to empty its 10-round magazine. That's already more than I'd ever need for deer hunting.

Today's weapons are very different. The AR-15 used in the Newtown Massacre specs at 12-15 rounds per minute, but anyone with training can shoot up to 30. I've shot that many with a gun range's Colt AR-15. I imagine that a murderer with practice and several magazines could do far more in a crowd of panicking civilians.

It isn't only the rifles in question. Google a company called Slide Fire to "unleash your rifle's true potential." That means legally modifying an already potent assault rifle to "bump fire" it, a procedure that "allows the operator to shoot as quickly as desired, without compromising their safety or the safety of others around them." It's difficult to type that sentence with a straight face, but such is the rhetoric of the gun industry.

For those who don't know guns well, it's a question of rates of fire and types of bullets. Most pistol rounds won't punch through a wall or body armor. Most rifle rounds of sufficient velocity and type can. Others are made just to kill effectively. Though the .223 round of the AR-15 sounds not much bigger than that from a .22 rifle, the .223 is high-speed, and some types are designed to fragment on impact, each bit deflecting when hitting a bone to inflict horrendous tissue damage.

Such firepower makes arming teachers — something Gov. Bob McDonnell and Attorney General Ken Cuccinelli apparently favor — a ludicrous idea. If you want to stop a man with an assault weapon and body armor, you need a similar weapon and protection, not a 9 mm in a shoulder holster. Imagine faculty meetings starting with: "Hello, Miss Wormwood! I love that new Kevlar and AK you're packing today!" I presume the Commonwealth would provide underpaid and harried educators with weaponry and ballistic vests, or at least let them count as tax-deductible teaching supplies.

It gets even more surreal when you cross the sometimes-thin line between NRA-supported politicians and the armed and paranoid. Recently I heard again on radio a tired line of argument that assault weapons deterred government when "it came to kick down your door and haul you off to the stock yards." I wanted to scream back: "Remember Waco? Bring an assault weapon to a fight with the Feds, and the Feds bring a tank and helicopter gunship!" I don't recall any NRA spokesman arguing that the public deserves antitank guns or surface-to-air missiles under the Second Amendment.

Barring a new amendment to the Constitution, the federal government cannot "come for our guns." Within the framework of the Constitution, however, the federal government, with the support of responsible gun owners, can act wisely in the wake of Newtown. As the House and Senate begin debating the President's proposals, I call on them to go further still:

• Ban rifles with high rates of fire and chambered for high-velocity ammo. Ban magazines holding more than 10 rounds. Ban devices such as the Slide-Fire and military-style ammo that fragments on impact. No more could be manufactured, imported or most importantly, resold without federal paperwork.

• Make it illegal to transfer existing assault rifles and large-cap magazines after a certain date, unless both buyer and seller file federal forms. This was long the case for fully automatic weapons under Firearm Owners Protection Act of 1986. Though provisions for registration, dating from the 1930s Haynes Act, were struck down by the Supreme Court in the 1960s, the supply of the sorts of guns Al Capone used has effectively stagnated. Though well-heeled criminals can get fully automatic weapons illegally, when did a madman last "rock and roll" in America with a submachine gun?

• Close the gun-show loophole for all firearms. Exhibitors could raise the admission fees to cover the costs of several kiosks for background checks.

• Fund security guards for all public schools. Here I agree with many conservatives. The limits are obvious; armed guards didn't stop the carnage at Columbine, and those with weapons in schools need police-style tactical training.

Under my plan, those with assault weapons, or even machine guns, could continue to hoard them just in case the black helicopters and the New World Order descend on their cul-de-sac. Want to kill big game? Buy a bolt-action weapon, a good scope, and practice your aim. Want to kill a burglar? Try hollow points and other ammo designed for close combat, not fragmenting after hitting a torso at 500 yards.

These aren't the rifles carried by our doughboy grandfathers in 1918 France. Today's Mad Minute can kill dozens, if not scores, of humans. For mass killers and domestic terrorists, that evolution in weaponry makes mayhem all too easy. Real men who are good shots don't need 30 rounds to hit what we shooters euphemistically call center of mass.

It's time to begin ridding our nation of weapons that have no legitimate civilian use. S

Correction: In earlier print and online versions of this essay, we misspelled Attorney General Ken Cuccinelli's name. We regret the error.

Joe Essid enjoys shooting sports and teaches writing at the University of Richmond.