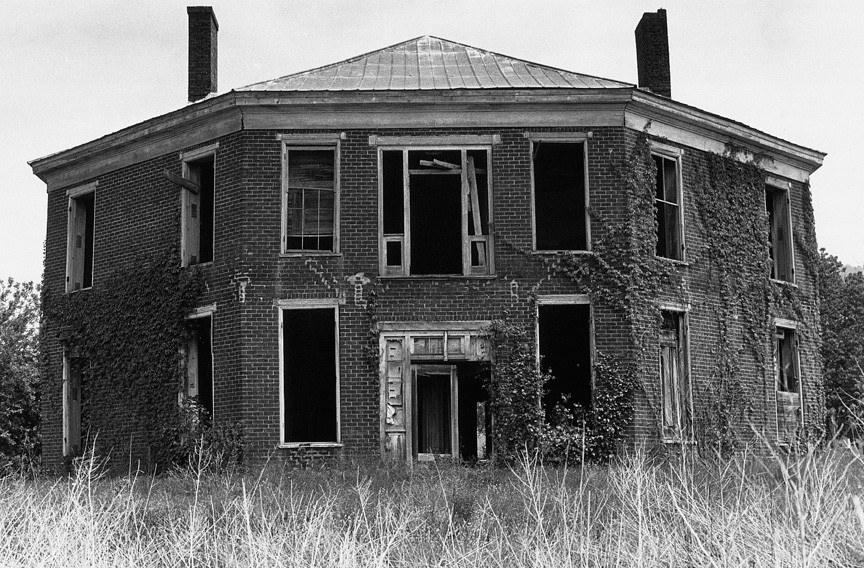 It was in downtown Luray that Elizabeth Kostelny experienced defeat.

The Luray Graded and High School was an old landmark, its cupola a feature of the town’s skyline since 1881. There was opposition to demolish the building-- including from Kostelny’s Preservation Virginia. But the Page County Board of Supervisors voted for it anyway. The site is now a parking lot.

“It really becomes a missing tooth in the landscape of Luray,” Kostelny says of the Shenandoah Valley town, across the mountain northeast of Harrisonburg.

To save the commonwealth’s historical treasures, Preservation Virginia releases its Most Endangered Historic Places list each year, composed of a varying number of imperiled locations from around the state. Kostelny, the nonprofit’s executive director, says the Luray school is a reminder of why they do it.

“The purpose of this list is to raise awareness of these historic places, both in terms of their significance and how they can contribute to the future of their communities,” says Kostelny, sitting in the dining room of the Cole Digges House, the organization’s headquarters on Franklin Street.

Since the list’s inception 15 years ago, a little more than half of the sites named to it have been saved. Thirteen percent have been lost. The rest are either still endangered or still on the nonprofit’s watch list. A number of Richmond sites from past years -- including Byrd Park Pump House, Jackson Ward and the White House of the Confederacy -- were saved after being placed on the list.

Need alone doesn’t guarantee a place on the list. A site must meet Preservation Virginia’s criteria for inclusion. Endangered sites must be nominated by an outside body and have another organization willing to lead the charge to save it. As part of the listing, Preservation Virginia also recommends how to save the property.

Nominations are sent to the nonprofit in early March, and the list is decided by a selection committee of staff, board members and professionals from across the state and at the Virginia Department of Historic Resources. Preservation Virginia holds a meeting to discuss the sites and ways to save them, going through 15 to 30 nominations each year. The final list usually ends up whittled down to about half of that.

Solutions offered by Preservation Virginia sometimes include repurposing historic structures to save them. An old schoolhouse might become a dentist’s office, for instance -- “Not everything has to be a house museum,” Kostelny says. Once named to the list, Preservation Virginia helps give these sites publicity and arms local groups with expertise, such as how to handle historic tax credits.

After people in Bath County nominated the Warm Springs pools to the list, Preservation Virginia discussed widening the scope of their preservation efforts. The group became Preservation Bath, a 501(c)3, it has supported saving a Rosenwald School in the county and is behind this year’s nomination of the Gibson Cottage to the endangered sites list. Another success story is the Route 5 New Market Corridor. After successfully thwarting efforts to widen the scenic byway, the Route 5 Corridor Coalition has now turned to advocacy, attracting tourism through its Take 5 campaign, which will include adding a mural by artist Ed Trask to the side of Millie’s Diner.

Perhaps the most controversial site on the 2015 list is Sweet Briar College, which may have closed its doors for good this month. Alumnae are trying to save the college, but in any case, Preservation Virginia recommends that historic preservation and conservation easements be put in place to protect the 3,300-acre campus and keep it intact, no matter what its future use.

“The point of this listing is to secure, in an uncertain future, how these landmarks are going to be protected,” says Justin Sarafin, Preservation Virginia’s director of preservation initiatives and engagement.

Preservation Virginia isn’t afraid of courting controversy. In 2014, it put the James River in James City County on its list. On the organization’s recommendation, the National Trust for Historic Preservation named that area of the river to its list of America’s Most Endangered Historic Places.

Dominion Power has proposed running a transmission line over the river, which Kostelny says will compromise the area’s scenic integrity.

“It’s going to be highly visible,” Kostelny says. “It would put 17 towers as tall as the Statue of Liberty [across the James].”

Another historic landscape still endangered is Richmond’s Libby Hill Overlook, which developers once proposed blocking with condominiums as tall as 12 stories. The developer has since nixed those plans, and Preservation Virginia is backing an effort to purchase the land for a riverfront park, ensuring that the view considered to have given Richmond its name will be conserved.