The Lights At Night

Bryan Park, among its many legacies, was the site where Gabriel’s Rebellion was planned. It’s also the site of this year’s 15th annual InLight from 1708 Gallery, which uses contemporary art and light-based art for a community-based, public art experience that retells stories integral to Richmond history.

Over the past few years, 1708 has been more deliberate in commissioning and selecting works that directly engage with each year's site. In the early years, the prompts were much broader and mostly about being light-based. But that’s changed.

“As we've moved towards more site-responsive works, we've expanded our definition of light-based to include artworks that are experienced at night,” says 1708 Gallery Executive Director Emily Smith. “We've realized over the entire arc of InLight that for many of our audience members, the specificity of viewing the works at night and in the dark is what makes the experience so compelling. Because one can experience both the spectacle of light-based work and the quietness of being in the dark simultaneously, InLight can be both loud and quiet.”

Just as important, the intentional selection of InLight sites and the site-specificity and site-responsiveness of the artworks create a broader conversation regarding how art has been changed by Southern history, specifically in Virginia. 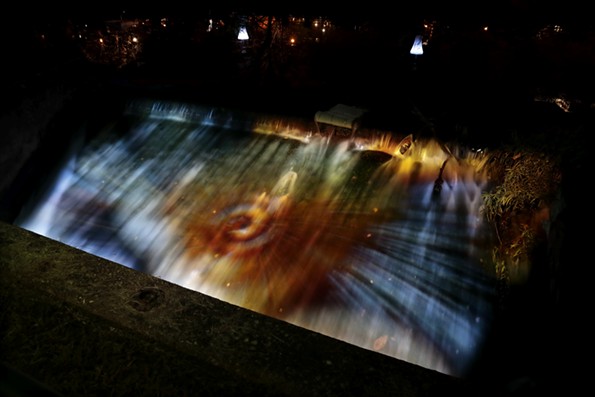 This year’s event is curated by Tiffany Barber and Wesley Taylor, the latter having been part of the InLight curatorial team since 2019. Taylor has helped shape the event’s evolution towards a more focused exhibition with site-responsive works. Barber joined last year. Smith says the two have brought new networks such as Detroit, Los Angeles, and Houston into Richmond’s artistic community while expanding the national audience for InLight.

The impressive audience growth for InLight seems to reflect Richmond’s continuing fascination with nighttime art. When the event began during a September First Friday event in 2008, attendance was under 5,000 people. Just before the pandemic happened, attendance had grown to approximately 20,000 people, according to organizers. Last year, nearly 10,000 people participated.

But it’s not just about size. Smith is understandably proud of the ways they've increased artist support. In the early years, artists received a $300 stipend and 1708 Gallery paid for production costs such as audio-visual equipment rentals - but that was it.

“Today we provide each artist with a $1,000 stipend and up to $4,000 in additional support, which can include fabrication, production, shipping, travel and really whatever the artist needs for their project,” Smith explains. “This has opened up the opportunity to be a part of InLight to a greater range of artists and has resulted in some pretty amazing projects.”

Smith also points to the Lantern Program, which over the years has connected thousands of students and some adults. Lantern coordinator Kerry Mills has led workshops with schools, nonprofits, and arts organizations such as VMFA and VisArts, while appearing at community events such as First Fridays. During 2020 and 2021, Mills distributed over 2,500 do-it-yourself lantern kits across the community. As Smith puts it, “I think that one of the lessons I've learned is to be open to opportunities and to trust the right ones when they come along” 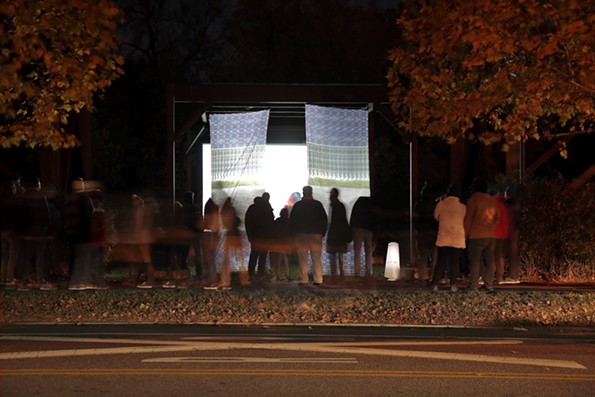 For multidisciplinary Richmond artist Kyle Epps, the appeal of participating this year was in honoring Gabriel's revolutionary legacy and the history of Bryan Park.

“I needed to offer myself to the project,” he says. “Enslaved people used to meet near Bryan Park to share knowledge, ideas, and future plans and it was here [that] Gabriel was appointed a leader of communities.”

Because Gabriel's legacy is complicated due to layers of projected narratives, Epps has gathered stories together to create an illuminated manuscript, or illustrated book. This large, four-page book will allow layers of narratives to be displayed for public view so Gabriel’s story can be told through multiple perspectives, using both transparent and opaque materials.

Sterling Toles, a Detroit artist working in sound, acrylic and video, saw Inlight as an opportunity to tap into Richmond, a place he’d never been. He’d scored a documentary about Detroit's relationship to flooding by filmmaker Dream Hampton and was invited to participate. He’ll be doing a live interpretation of the score accompanied by a Richmond native on flute.

A new project that 1708 Gallery is piloting this year involves Henderson Middle School. With support from CultureWorks and the nonprofit Windsor Foundation, artists Sam Christian and Alex Judson have been busy working with Henderson students as part of the after-school program to create a light-based artwork for InLight.