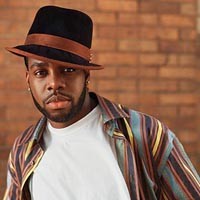 Stuck between the R&B hit machines of Jahiem and Tank at the End of Summer Love Show is Dwele. The odd man out is a soul singer from Detroit, known for his smooth voice, jazzy backgrounds and a hip-hop sound that recalls the work of J. Dilla rather than Lil' Wayne. After two albums with Virgin (“Subject” and “Some Kinda …”) and a Grammy nomination (for his cover of Earth Wind & Fire's “That's the Way of the World”), he released “Sketches of a Man” on an independent label in June. But that won't stop him from hanging with the big boys Friday, Aug. 22, at 8 p.m. at the Landmark Theater. Tickets are $37.50. 262-8100 or visit www.ticketmaster.com.