A look at the powerful real estate developers who hold sway in RVA. 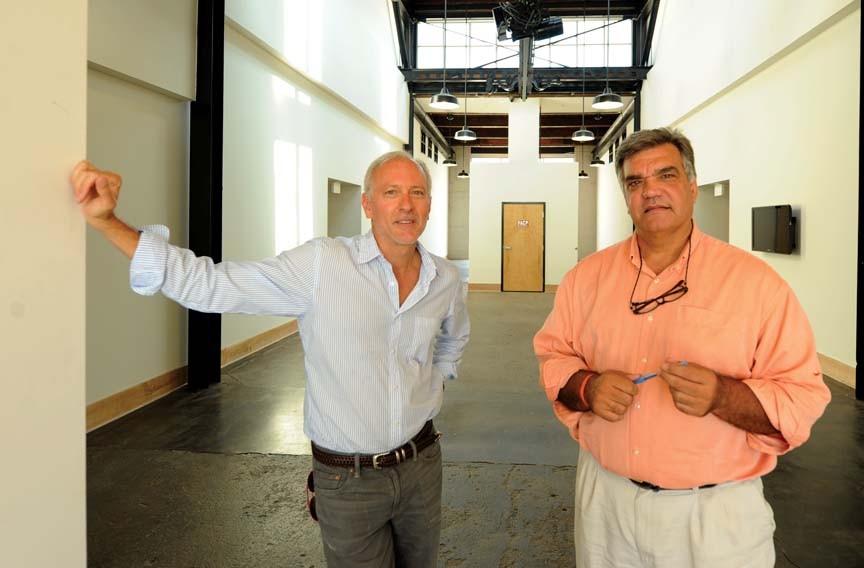 A decade ago, developer H. Louis Salomonsky led a tour of the dilapidated Todd's Ham Co. factory on Hermitage Road. He stepped into a huge, dark space — once a ham-hanging room — where thousands of sheets of toilet paper fluttered on the floor like crash-landed ghosts. Homeless squatters had been using the room as a toilet, Salomonsky cheerily explained. It didn't faze him. He saw only the apartments to come. And, in time, they did.

Vision. It's a gift Richmond's developers possess in no small measure. When that vision transforms entire neighborhoods, that's power.

Father-and-son team David and Brian White (No. 42) of Main Street Realty and SWA Construction have done more than anyone else to bring people back to Shockoe Bottom, building several hundred apartments in the area and, most recently, bringing people north of Broad Street in Shockoe Valley with their five-building Richmond Cold Storage project.

Hopping across the river, Tom Papa (No. 47) and Rick Gregory of Fountainhead Properties have been busily molding Manchester into an artsy, urban neighborhood. Not only does Fountainhead have two new, major apartment projects under way there, but Papa and Gregory also are partners in the Locks, a $35 million, mixed-use endeavor that could bring life back to the Haxall Canal.

Ron Stallings has transformed once-ignored Jackson Ward by systematically rehabbing the buildings bequeathed to him by his father. The big question now: Will the Hippodrome, the historic theater that's the crown jewel in his portfolio, ever become a powerhouse music venue?